Today marks the 75th anniversary of the commencement of the Battle of Iwo Jima, one of the bloodiest battles on the Pacific front during World War II. In commemoration of this important event, we colorized some of the iconic photos from the battle.

The Battle of Iwo Jima took place over the course of 5 weeks, starting February 19 and ending March 26, 1945. Iwo Jima is a Japanese volcano island, one of the 3 islands of the Ogasawara Archipelago. The Japanese had been using it as a base for fighter planes that were intercepting American long-range bombers and as a haven for the Japanese navy.

The battle resulted in 26,000 American casualties, including 6,800 deaths. 21,000 Japanese soldiers were stationed at Iwo Jima at the start of the battle, and only 216 were taken prisoner  — meaning the rest are assumed to have been killed.

The photos from the battle look even more dramatic in color after having been colorized with MyHeritage In Color™! Marines landing on the beach of Iwo Jima Marines wait to move inland after arriving on shore 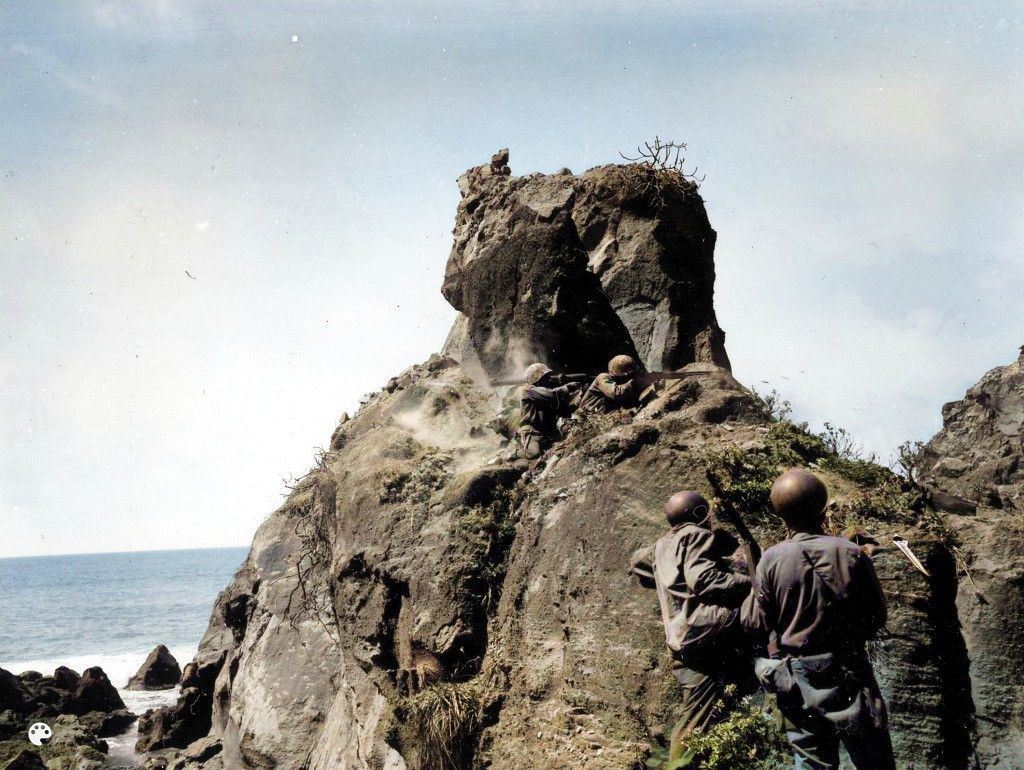 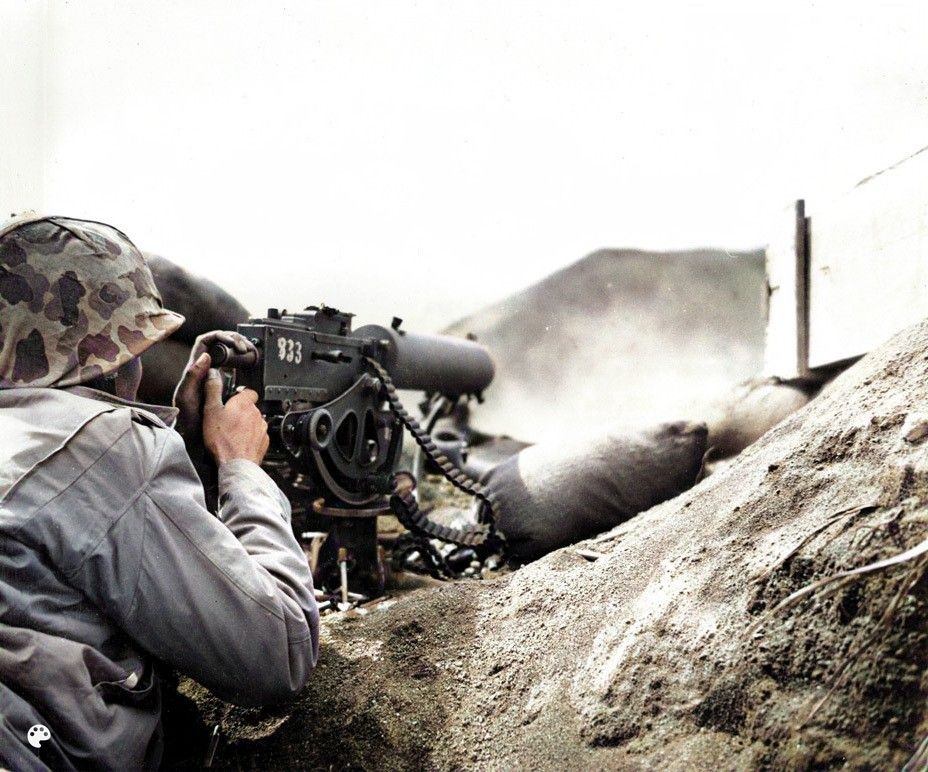 A US Marine fires a machine gun 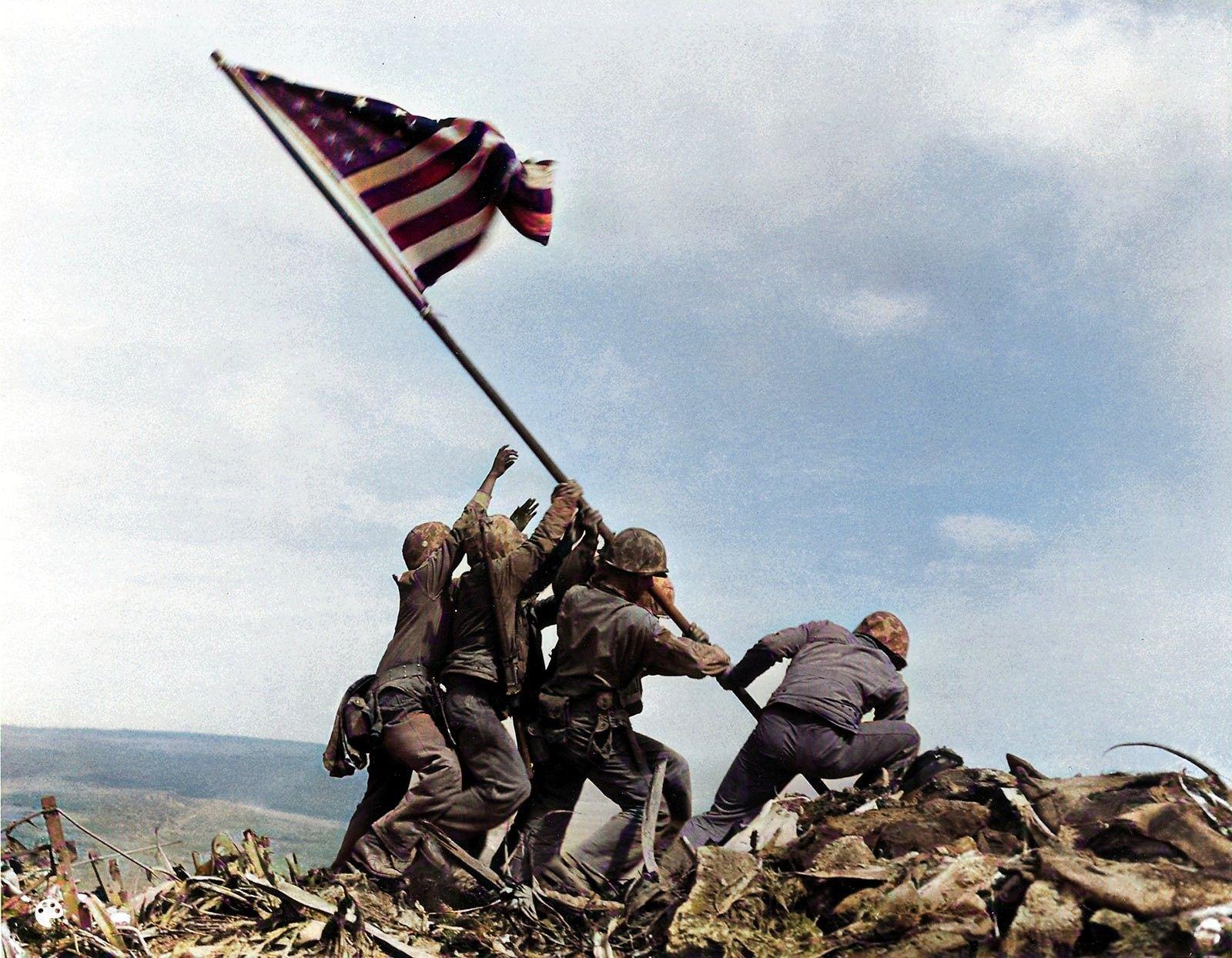 Raising the American flag. This iconic photo was reproduced as a war memorial sculpture and a postage stamp

Is anyone in your family a WWII war veteran? We’d love to hear about it in the comments!