We’ve completed our Tribal Quest expedition to Papua New Guinea, where we had an incredible experience documenting the family histories of people in remote tribes whose stories are at risk of being lost forever.

We traveled to five different tribes in various regions of rural Papua New Guinea where we lived and worked with local families to preserve their unique histories for future generations. This trip was the second expedition in our Tribal Quest project. Learn more about our global initiative at the Tribal Quest website.

Papua New Guinea is one of the most culturally diverse places on the planet. With 7 million people spread out over an area of 460,000 square kilometers, tribes live isolated from one another, separated by forests, rivers, and mountains. Papua New Guinea has remained isolated from the rest of the world for a long time; many of the tribes were not contacted by outsiders until the 1970s. As a result, many of the varied local traditions are both ancient and completely unique to their area of origin. We had a rare opportunity to take an inside look at the traditions, legends, and family lore of the different clans we visited. 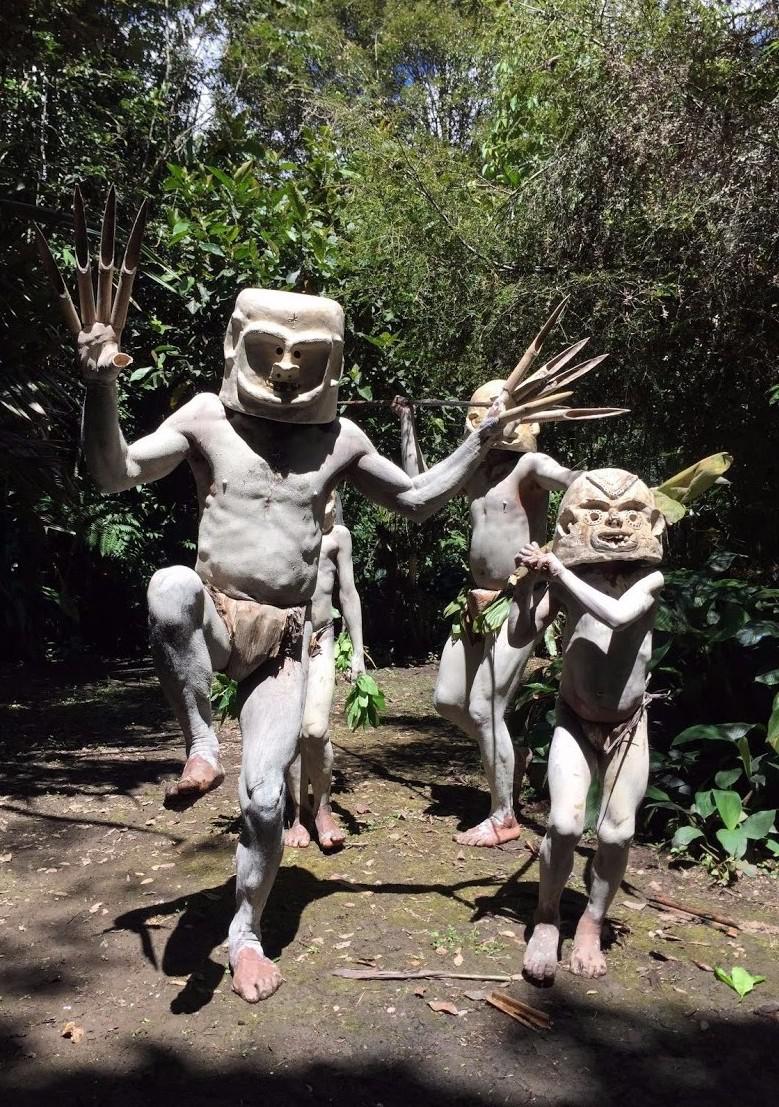 Papua New Guinea is home to over 800 distinct tribes, and each community speaks its own languages and has its own customs. We were honored to have been welcomed so warmly into the communities we visited. We were treated as special guests wherever we went. All the communities that we visited in Papua New Guinea value family history and were enthusiastic about documenting their heritage. Many have unique rules surrounding lineage as it pertains to marriage and land inheritance. For this reason, documenting family history is most valuable to them. Additionally, proving their heritage through accurate family trees is necessary for acquiring land rights from the Papua New Guinea government, and ensuring the ultimate financial survival of their communities.

Although it sometimes took a lot of hard work and careful genealogical mapping to make sense of the complicated family relationships between clan members, we managed to build their family trees and document their family histories as accurately as we could. The communities we visited held family and heritage in very high esteem, as reflected in many of the interesting local inheritance and lineage rules we learned about. For example, children are often adopted rather seamlessly between families. The adopting parents simply take in the adopted child without going through the official legal channels, and the child becomes a full-fledged member of the family. The reasons for adoption vary but they stem from a desire to do a kindness to either the biological family, the adopting family, or the child himself. If the biological family has suffered a series of tragedies — like the loss of multiple children — then another family will take in their child to provide him or her “a new lineage” and a more safe and promising future. If a young couple cannot have children, one of their siblings may give the couple their own child so that they can also continue their family line.

Bonnie, an elder of the Karim tribe whose family history we documented, told us about adopting his first child, Raphael. The adoption took place when Bonnie was a young, unmarried man. Raphael’s parents were in debt and couldn’t care for him, so Bonnie took him in to raise as his own. After Bonnie and his wife Joane married, they continued to raise Raphael, but they could not have children of their own. Seeing how sad this made them, Bonnie’s sister gave the young couple her daughter to be their second child. The Tribal Quest project and our visit to Papua New Guinea were recently featured on Channel 10 news (Israel). Reporter Itay Vered joined the MyHeritage team in Papua New Guinea and followed us as we documented the cultures and traditions of remote tribes.

Watch part 1 of the video (in Hebrew with English subtitles) to see our team hard at work, avoiding crocodiles, sampling interesting local delicacies, and bonding with the people of rural Papua New Guinea.

Part 2 (in Hebrew with English subtitles) gives a more in-depth view of the daily life, rituals, and celebrations of the Owolka tribe.

A few weeks after our initial visit, we returned to Papua New Guinea with dozens of gifts of printed family tree charts and photos for the families.

In the photo below, you can see the excitement of some of the people that we visited after we presented them with a MyHeritage Sun Chart of their family tree. Some families had never before owned a printed family photo and were very eager to show them off — including the kids! These are crucial moments in history when many of the traditions of tribal people are at risk of disappearing. As modernization begins to step in, younger generations are looking to the West, adopting modern lifestyles and abandoning the traditions of their ancestors. The strong emphasis on family extends beyond blood relations in rural Papua New Guinea, and we were honored to have been received like family by so many people in the communities we visited as part of Tribal Quest.

We look forward to sharing more Tribal Quest content with you. Papua New Guinea materials will soon be added to the Tribal Quest website, alongside the family histories we’ve already documented from the Namibia expedition. Stay tuned as we get ready for the next chapter of Tribal Quest! Last month we launched DNA Quest, a new pro bono initiative to help adoptees and their birth families reunite through genetic testing. The initiative, initially launched in the USA only, received an amazing response. More than 10,000 applications were submitted so far to receive...