Across a diverse range of cultures and backgrounds, our lives and family traditions are shaped by the generations that came before us, and we all have much to learn from our ancestors. In May 2019, MyHeritage journeyed to the heart of the Amazon Rainforest to preserve the rich heritage and family stories of the Achuar tribe of Ecuador through our most recent Tribal Quest initiative.

As a global leader in family history, we believe that every story counts. In 2016, MyHeritage founded Tribal Quest —a pro bono initiative with the goal to record and preserve the family histories of indigenous peoples around the world, especially in remote areas. Indigenous people living in remote locations often have limited access to modern technology, and don’t have the tools to digitize their rich family histories and oral traditions, which are subsequently left unrecorded. The Tribal Quest team has documented the family histories of tribes and communities from Namibia, Papua New Guinea, and Siberia and most recently the Achuar of Ecuador.

The Achuar Tribe of Ecuador

The Achuar tribe has been living in the Amazon for thousands of years. Their population numbers around 8,000 people who reside along the Pastanza River basin in Ecuador and Peru. Our team members were struck by the deep spiritual connection they maintain with the rainforest and with each other. Visit the Tribal Quest website to get a taste of the textures, traditions, and tales of the three Achuar communities our team visited: the Wayusentsa, the Sharamentsa, and the Wachirpas communities.

On each community’s page, you can learn about the various cultural practices, traditions, and beliefs of the Achuar: the mysterious ceremonies, rituals, and prayer-songs used to communicate with Arutam, the spirit of the forest; the crafts of weaving and pottery; and unique hunting practices and tools characteristic of this remarkable tribe.

For example, the Achuar have a fascinating fishing method, called “poison fishing” or “barabasco fishing.” They release a natural substance called barabasco into the river to stun the fish, and then catch them using a dam downriver. You can see each step of this process on the Wayusentsa community page. 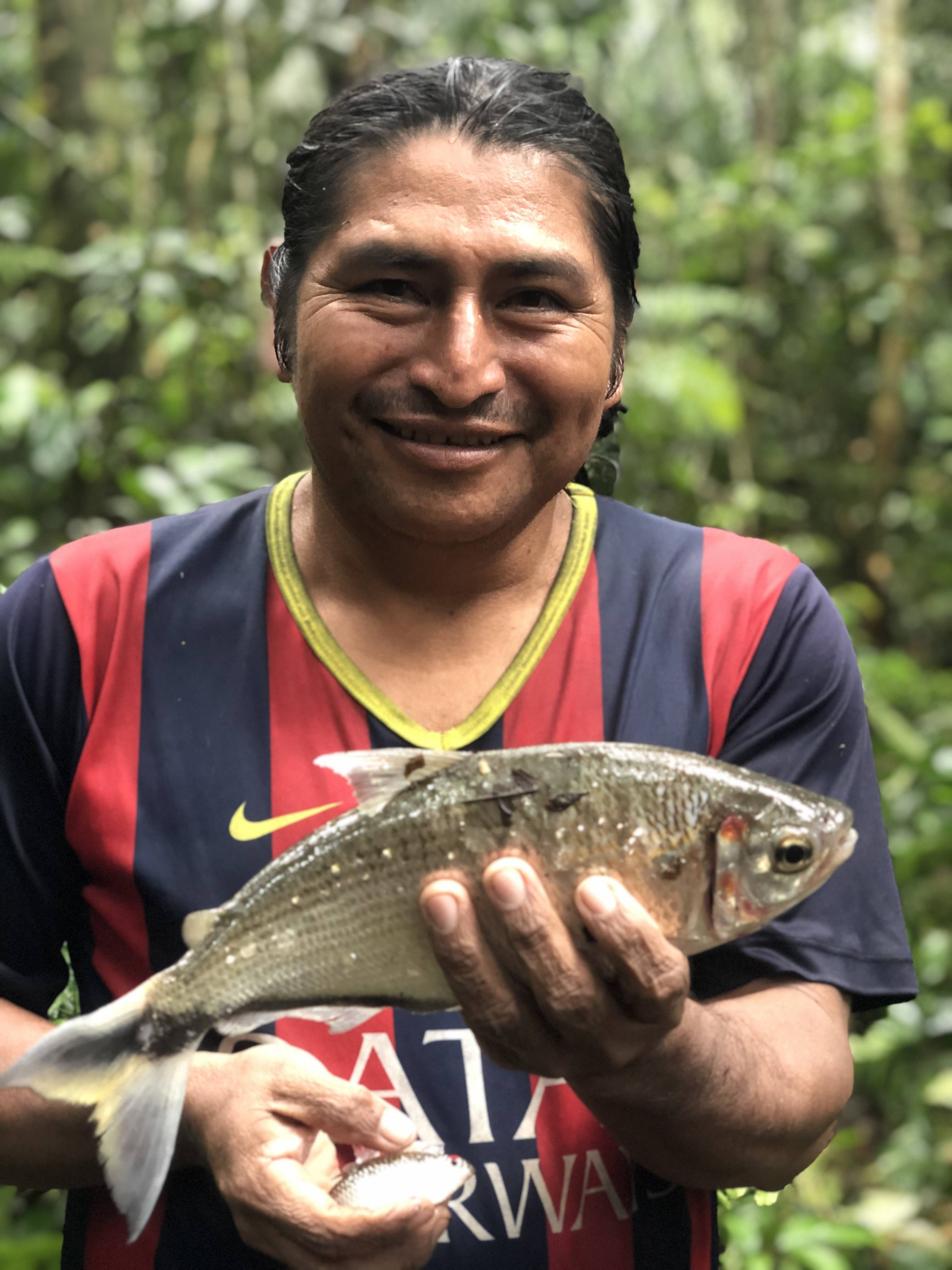 The Achuar use a unique method called barbasco, or poison fishing to catch fish

The Tribal Quest team had meaningful encounters with several community leaders, or shamans. Shamans have a central role in Achuar life, serving as spiritual guides and healers. You can learn more about shamans, their practices, and their unique attire on the Sharamentsa community page. 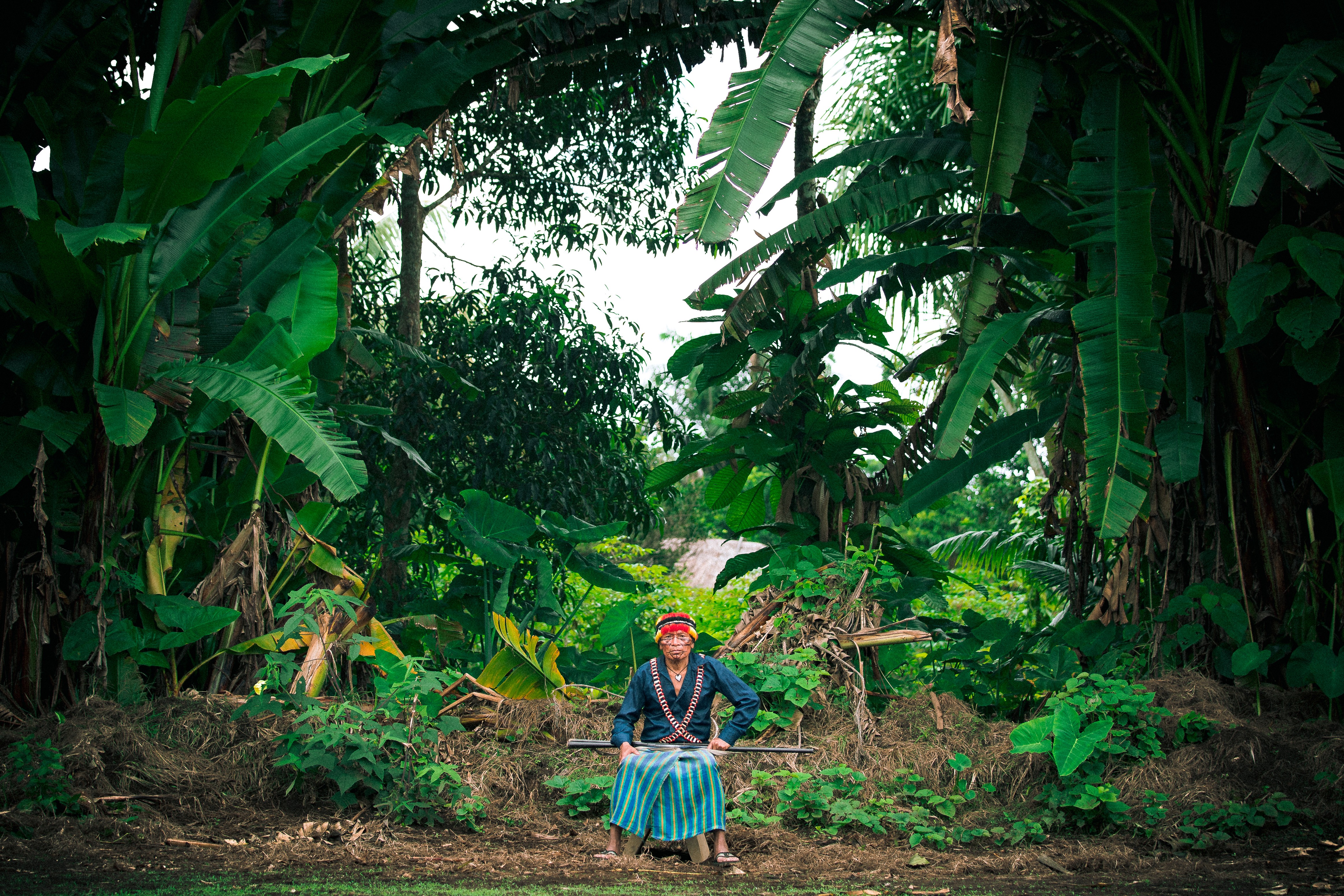 While the men of the Achuar are traditionally hunters, the women are traditionally gardeners. Their crop gardens, called “chakras,” are a sacred space for Achuar women. You can learn more about chakras and their importance on the Wachirpas community page. The chakra, or crop garden, is the woman’s sacred domain in Achuar culture.

“The Achuar people blew me away,” said Golan Levi, Tribal Quest Team Leader and UX Expert at MyHeritage. “They possess so much joy of life. They have a hardworking mentality, but above all, their spiritual connection with nature is based on maintaining the equilibrium and harmony with the forest that surrounds them. They live off the forest, but at the same time they are its biggest protectors and they raise their children to grow up according to these values.”

“Tribal Quest shows us that we are more similar than different,” says Shahar Bitton, Tribal Quest team member and Senior Product Manager at MyHeritage. “We care about the same questions: what do I take from my parents? What will my children learn from me? Tribal Quest is an amazing example of how it’s all about the family, all around the world.”

“Joining the Tribal Quest project was definitely an unforgettable and once in a lifetime experience,” says Yoel Corcias, Tribal Quest team member and Technical Support Engineer at MyHeritage. “Helping communities in remote areas of the Amazon rainforest preserve their family history and culture has been fascinating, and I am proud to take part in such a unique and fulfilling mission.”

“I was given the chance to take part in preserving the family history of the tribes we stayed with, and I am thankful for that,” says Noa Gabbay, Tribal Quest team member and Technical Support Engineer at MyHeritage.

A message from the Achuar: Protect the Amazon

Throughout the journey, the Achuar people had one critical message for the world that they urged our team to bring back with them: that the rainforest is sacred and precious, not only to those who live in it, but to the entire world. It must be protected, nurtured, and respected. The Amazon Rainforest has enormous ecological importance. Its estimated 390 billion trees help cool the planet by pulling large amounts of carbon dioxide out of the air, making the forest a powerful factor in slowing the effects of climate change. It is also home to the most biodiverse ecosystem on land: millions of plant and animal species and hundreds of indigenous tribes. All this is under constant threat of extinction due to deforestation, pollution, and global warming. This issue came to the fore again this summer because of alarming headlines about forest fires in Brazil, but the truth is that it’s not a new problem — and the fires this summer were not even that significant compared to the damage caused to the Amazon in the past decade or two.

We stand with the Achuar in urging all of us to do more to prevent the destruction of this precious, one-of-a-kind, majestic natural treasure they call home. The Amazon belongs to all of us and it is our collective responsibility to protect and celebrate it.

Visit the Tribal Quest Ecuador to learn more about this incredible Amazonian tribe.