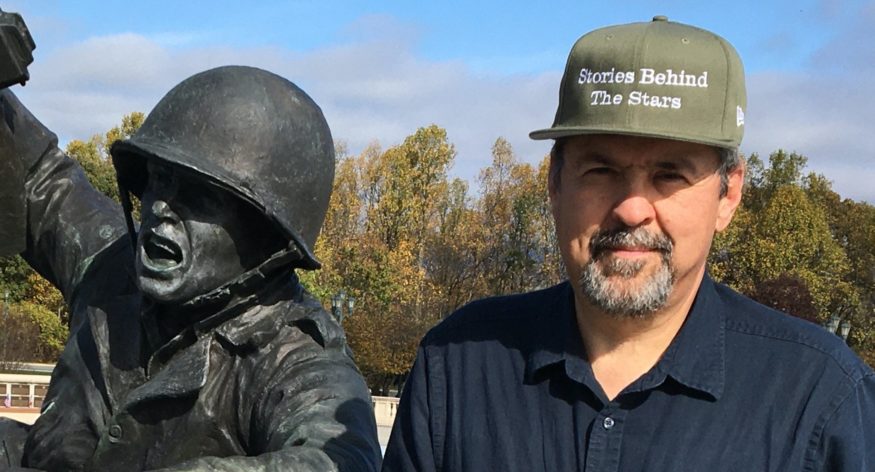 Don Milne is a man on a mission. With his website, Stories Behind the Stars, he seeks to document the stories of all 400,000+ U.S. soldiers whose lives were lost in WWII. We at MyHeritage truly appreciate the difficult but essential work that Don is doing and support his important project. We encourage you to become a hero to the fallen, and volunteer for this worthy cause.

America joined World War II not to conquer other nations, but to, in the words of Franklin Roosevelt’s D-Day prayer, “set free a suffering humanity,” “liberate,” and “let justice arise, and tolerance and good will among all.” The victory cost America more than 400,000 lives.

While the difficulties of this past year may make it seem like our lives have never been harder, from a historical perspective, life has never been better for the greatest number of people on the planet. These brave Americans missed out on a level of relative peace and prosperity never before seen on a global scale, and without their sacrifice, our world would have been very different today. In gratitude, Don seeks to remember not only the names of these soldiers carved 8 decades ago on now-fading stone, but also who they actually were — their achievements, their relationships, and their lost potential. To this end, he is collecting these stories for his nonprofit initiative Stories Behind the Stars. Although there is no official tally of U.S. WWII fallen, some estimates put the number as high as 415,000. By the time the project is completed, Don believes that we will have not only the most accurate count, but also a story to go with each name.

Time is of the essence: living World War II vets are quickly approaching 100 years of age, and as the years go by, fewer and fewer of them are still with us. It’s imperative to capture their stories and memories of friends they lost in the war — and show them that they, too, will still be remembered and celebrated when they’re gone.

A soldier’s wise words to his unborn child

It’s hard for Don to choose just one story that moves him most out of more than 1,300 stories of U.S. WWII fallen. Countless men died in the act of saving other lives. Too many left behind wives and young children. We no doubt lost a number of potential star athletes, political and social leaders, talented writers and artists, and even Nobel Prize winners.

There is one story, however, that always brings Don to tears, and that is the story of Lt. Wallace Zosel. Wallace served in a US Army topography unit, and let behind a pregnant wife when he was sent to Europe. Knowing there was a chance he would not come home, he wrote a letter to his unborn son, imparting wisdom far beyond his 24 years.

This is a short excerpt from his letter:

Millions of us over here are working, and fighting, and dying because we want America to be a nation of hope for mankind. And that is why I am trying to impress it on you with a few phrases that may seem trite but are really solid gold, for you as the future generation must realize our desires, the hopes that keep us always striving; for on you will rest the major responsibility of building America’s golden age.

12 days after the birth of his son, Wallace fell in action.

How it all began

Originally from Utah, raised in Colorado, and currently residing in Louisville, KY, Don is married to Aneladee and has a flourishing family tree with 6 children and 13 grandchildren. His grandfather was a high school history teacher, and inspired Don’s early interest in history. As a child, he enjoyed reading biographies for young readers documenting the lives of national heroes,, such as Paul Revere, the Wright brothers, and George Washington.

When Don was 10 years old, his father took him to see the movie Patton. After realizing that the film was based on Omar Bradley’s autobiography A Soldier Story, Don checked the book out of the library. He didn’t spend much time in the children’s section of the library after that. Beyond reading books about famous World War II leaders like Churchill, McArthur, and Eisenhower, he was drawn to the many stories of regular Americans, frequently referred to as the Greatest Generation, who left home to serve their country and bring liberty to the world. Many of them, such as William Manchester, Charles MacDonald, and Eugene Sledge, wrote down their memories of the war after they came home. These men were mostly in their twenties, sometimes even younger, when they were drafted. Many had never travelled far from home until the war swept them to far-flung corners of the globe, and they were not professional soldiers or sailors. They just wanted to get the job done and go home. Invariably, those who wrote memoirs dedicated them to their brothers-in-arms who did not come back.

In 2016, Don decided to start a blog. Each day, on his lunch break at work, he would write about a different U.S. WWII fallen soldier. Over the next four years, he wrote more than 1,300 of these stories, and he developed a devoted following: his blog received over 1.5 million views.

His WW2 Fallen 100 blog was meant to last from the 75th anniversary of the attack on Pearl Harbor through the 75th anniversary of the end of WWII in September 2020. However, his many readers were hoping that he would continue writing and posting the daily stories. Don calculated that at his usual pace of one story a day, writing the stories of all the 400,000+ US WWII fallen would take him 11 centuries!

When his long-time position at Zions Bank was terminated at the end of 2019, Don was given one year of severance. After doing some research, he realized that with the help of enough volunteers, he could compile all the stories in a relatively short period of time. So he took a leap of faith and self-funded the startup of the nonprofit initiative Stories Behind the Stars.

He called his project Stories Behind the Stars as a nod to the U.S. Army’s tradition of sending a banner with a gold star to the homes of each of the fallen. The goal of his initiative is to tell the story behind each one of those stars. MyHeritage has contributed to Stories Behind the Stars because we believe that it’s important to remember those who fought for our liberty and to pass on their stories for future generations.

Don relies on the assistance of a growing team of over 700 volunteers from 49 states and 12 other countries to keep the stories streaming in. The volunteers come in all ages and from all backgrounds. The most prolific of the volunteers tend to be older, retired individuals, since they have more time to invest and often have a personal connection to someone who served, and sometimes died, in World War II. At the same time, younger volunteers feel a strong connection to the material, because they are closer in age to the men and women they are writing about.

Stories Behind the Stars provides free training for new volunteers teaching them how to research and write these stories. The project has attracted some highly trained researchers with decades of experience, but it also has attracted novices who have a passion for researching these stories and recording them for future generations. Many volunteers write about one story per week, but some write one or even more every day. Many others dedicate multiple days to writing a single story, to ensure that it is as complete, accurate, and richly detailed as possible.

Don warns that the project can be highly addictive. He hears stories of people wanting to work on these stories instead of their day job, or even postponing cooking the Thanksgiving turkey in order to finish a story!

Don aims to finish this project before the 80th anniversary of the end of World War II in September 2025. To reach that goal, he expects a couple thousand active writers averaging one story a week will be required.

Imagine visiting the Normandy American Cemetery, or Arlington National Cemetery, or any WWII fallen gravesite in any cemetery anywhere in the world, and — with one tap — read the full story of each hero. You’ll be able to walk down a row of gravestones, or scan names on a memorial, and immediately see the stories and photos behind those names. Don is developing a smartphone app that will scan the names using your phone camera and immediately pull up a link to the associated story, which you can read right there. This app will make visiting war memorials and cemeteries a much richer and more rewarding experience. If you have any questions about the project, you can contact Don Milne at don@storiesbehindthestars.org.