She Was Alone in the World. Then, She Found Her Birth Father Across the Ocean Patty McCraw, 52, a MyHeritage user based in Gulfport, Mississippi, grew up in New Orleans with her mother — never knowing who her biological father was. Her mother eventually married and had another child, Patty’s step-brother.

As Patty got older, she longed more and more to know who her biological father was. Then, when she was 18, something terrible happened: her brother was killed in a car accident. Nine years later, her mother contracted cancer and passed away.

The deaths of her brother and mother left Patty all alone in the world — and her search for her birth father took on a new level of importance. All she knew was that he was a Norwegian sailor, and that her parents lived together for a little while in New Orleans before her father had to sail on. He was planning to come back, but it never happened.

Patty’s father as a sailor

A while after he left, Patty’s mother discovered she was pregnant.

Patty’s mother never shared many details about her birth father. Patty didn’t even know his name, only an approximate name of the ship he sailed on. She knew she must have been conceived in February 1970. There wasn’t much to go on.

Patty decided to try taking a DNA test. When she didn’t get any leads, she uploaded her results to MyHeritage — and noted that the results indicated that she is 50% Norwegian. She matched with a distant cousin, but wasn’t able to find anything more significant, so she turned to Facebook for help and got a response from DNA expert Cyndee Ormsby. Cyndee enlisted the assistance of a local Norwegian expert, Eli Reinholdtsen, who has relatives in the area where Patty’s father came from. Together, they were able to find a man who matched all of the details Patty shared. His name is Ole Fredrik Eide Myre and he lives in Vesterålen.

Ole Fredrik already has 3 children, two daughters and a son, living in Norway. He was overjoyed to learn that he has another daughter. They spoke for the first time via Facetime, and Ole Fredrik says he knew right away that she was his daughter, not just because she looks like him, but because she is a spitting image of his late mother — Patty’s paternal grandmother, whom she never got to meet. Patty (left) and her paternal grandmother (right, colorized and enhanced by MyHeritage)

Ole Fredrik took a DNA test to confirm what his heart already told him must be true, and indeed, the test confirmed that he is Patty’s father. Patty’s father wearing a Christmas ornament she sent him

Because of COVID restrictions, they were unable to meet in person until August this year. Patty got on an airplane for the very first time in her life and flew to Norway to meet her father. 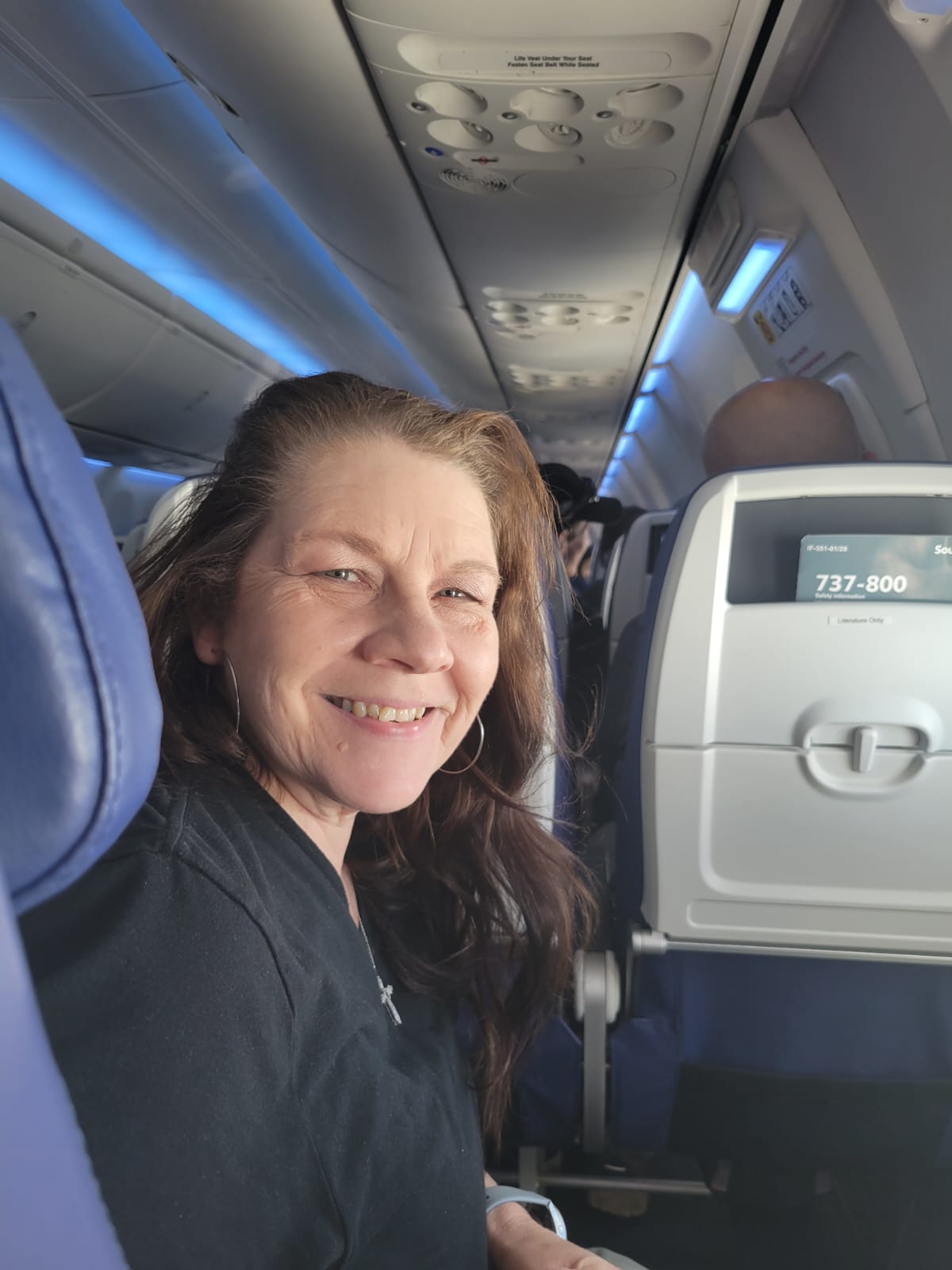 Patty on her first flight ever

Watch the moving video of their first embrace below: 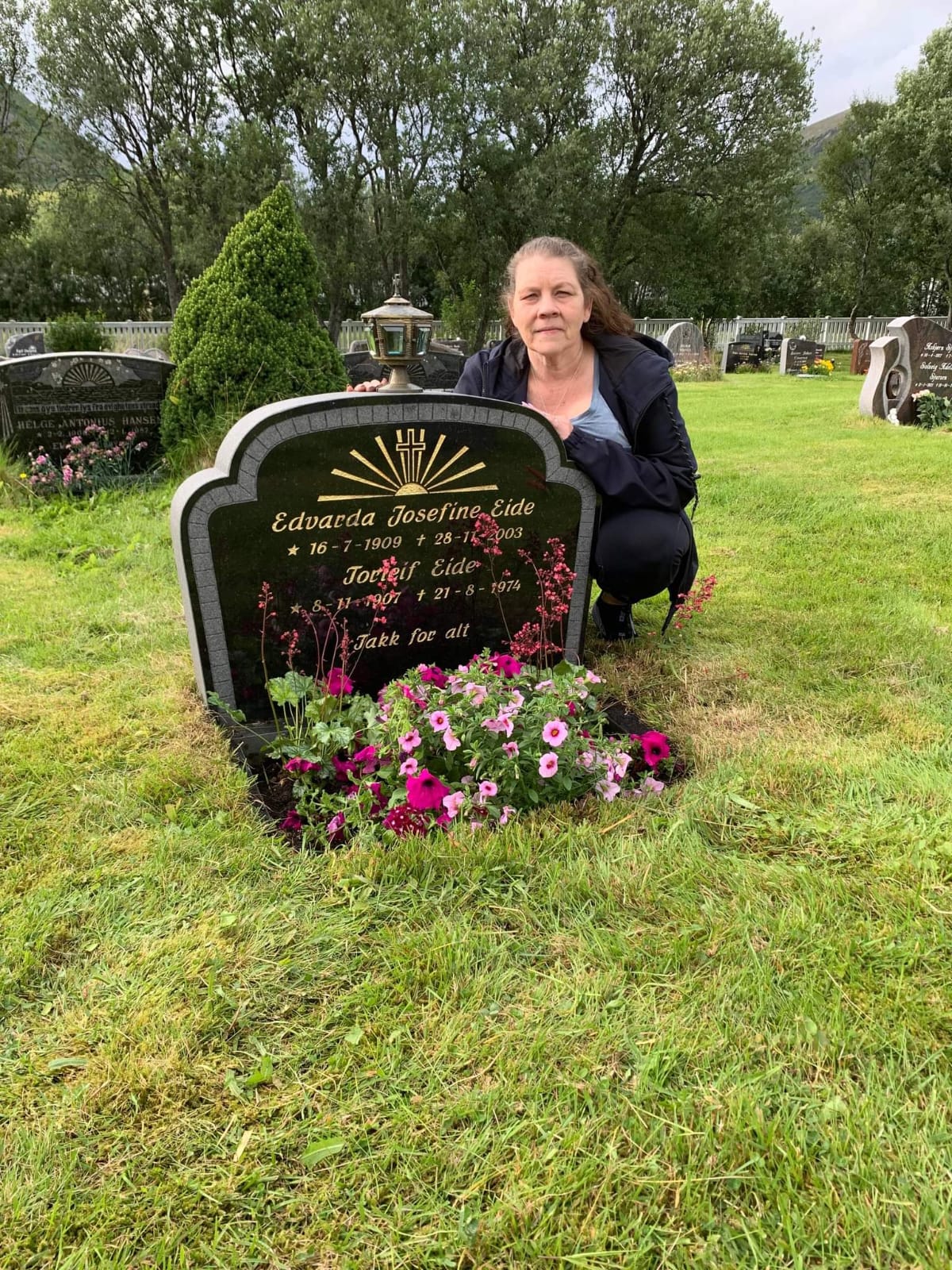 Patty dressed in traditional Norwegian bunad with her father

Ole Fredrik considers himself very lucky: “I’m so very lucky now that she arrived to Norway, because it’s absolutely amazing,” he says.

“Everyone should research their family history,” says Patty. “My advice is just to never give up… I didn’t think I would ever be able to find him. I had almost given up, but I’m glad I didn’t.” Patty with her father at the airport

If you’ve also made an amazing discovery through MyHeritage, we’d love to hear about it! Please send us your story via this form or email: stories@myheritage.com.