MyHeritage recently enabled MyHeritage In Color™ photo colorization on our collection of U.S. yearbooks, allowing you to view your ancestors’ high school photos in full color.

Yearbooks are an invaluable resource because they can provide such fascinating information on people we may only have known later in their lives. These records can tell us where and what those people studied, what their interests were, who they hung out with, and how they looked during this formative period.

If you find a yearbook record you love, feel free to share it with your family and friends. You can even enter our contest to win a free MyHeritage subscription! Just share the record on Twitter, Facebook, or Instagram, add the hashtags #LookingGood and #FreeYearbooks, and tag @MyHeritage to enter. We’ll be selecting a new winner each week while the offer lasts.

Below are yearbook photos — colorized with MyHeritage In Color™ — of 15 people who later became famous for their accomplishments in entertainment, sports, politics, and science.

Actor Brad Pitt was born in Oklahoma, but grew up in Springfield, Missouri. He attended Kickapoo High School, and we found 2 photos of him in the 1979 yearbook. He was around 16 years old at the time. According to his biography, he got good grades and acted in school plays and musicals. He also played sports: we found this photo of him on the freshmen football team. Brad Pitt on his football team

Actress Sharon Stone was born in Pennsylvania and attended high school in Saegertown. She was considered an academically gifted child and started first grade a year early.

Here’s Sharon at age 12 during what is presumably her first year at Saegertown High School: Sharon apparently loved acting even as a teenager, because she was a member of her school’s Dramatics Club!

Singer-songwriter Paul Simon was born in New Jersey and attended Forest Hills High School. By the time he graduated, he had already begun his musical career: he recorded his first hit single, “Hey Schoolgirls,” with his partner Art Garfunkel when they were in their mid-teens. At the time, the label they signed with gave them the name “Tom & Jerry.”

He kept up his musical activities at school, too: under his yearbook photo, it says that he took part in the school chorus. Art — the other half of the Simon & Garfunkel duo — was born in Forest Hills, New York City, and also graduated from Forest Hills High School. He and Paul met when they were 11 and performed together in a sixth-grade production of Alex and Wonderland. They began singing together at age 13.

Art, too, was recognized as a musician in his yearbook. “Music” is listed beneath his graduation photo. Before there was Gal Gadot, there was Lynda Carter.

The actress who played the first big-screen Wonder Woman was born in Phoenix, Arizona, to a father of English, Scottish, and Irish descent and a mother of Mexican, Spanish, and French origin. She attended Arcadia High School in Phoenix.

Lynda originally pursued a career in music, and the high school yearbook entries we found for her (from 1966, 1968, and 1969) document her participation in chorus, choir, and musical theater activities. Lynda went on to become Miss World USA in 1972, and after taking acting classes and accepting roles in various TV shows and B-list movies, landed the leading role in the Wonder Woman series, which ran from 1975 to 1979.

Robert Redford was named one of the 100 most influential people in the world and “Godfather of Indie Film” by Time Magazine in 2014. The actor and filmmaker was born in Santa Monica, California and went to high school in Van Nuys. He described himself as a “bad” student, seeking inspiration in the arts and in sports instead of his studies. We found him grinning widely as a member of the Cartoon Club at his school in 1952. Meryl Streep, one of the most beloved American actresses of all time, was born Mary Louise Streep in Summit, New Jersey. She showed a talent for the performing arts at an early age, and her yearbook entries from Bernards High School show how involved she was in cultural activities at the school. Unsurprisingly, Meryl was selected as homecoming queen in her senior year.

John McCain was a United States senator who ran against Barack Obama in the 2008 presidential election. He was born to a military family stationed near the Panama Canal, which was under U.S. control at the time. Due to John’s father’s position in the navy, John attended many different schools during his childhood. In 1951, his family moved to Northern Virginia, and he attended a private preparatory boarding school in Alexandria called Episcopal High School. John was a talented wrestler and competed with his high school wrestling squad, the Maroons.

This is what his graduating entry said about him: “It was three fateful years ago that the ‘Punk’ first crossed the threshold of the High School. In this time he has become infamous as one of our top-flight wrestlers, lettering for two seasons. His magnetic personality has won for him many life-long friends. But, as magnets also repel, some have found him hard to get along with. John is remarkable for the amount of gray hair he has; this may come from his cramming for Annapolis or from his nocturnal perambulations on Ninth Street. The Naval Academy is his future abode — we hope he will prosper there.”

Neil Armstrong was the first human being to set foot on the moon in July 1969. He was born near Wapakoneta, Ohio. He fell in love with flight as a young child, and earned a student flight certificate and made his first solo flight before even earning his driver’s license.

Neil attended Blume High School at the time. He played in the school band and participated in a number of other extracurricular activities, including Boy Scouts.

Neil Armstrong in the school band

Legendary basketball player Magic Johnson was born Earvin Johnson Jr. in Lansing, Michigan. He developed an interest in basketball at a young age, and by eighth grade, was already considering a career in the sport. Originally, he planned to attend Sexton High School, which had an excellent basketball team and was conveniently located near his home. The city had other plans, however: due to new de-segregation regulations, Magic would instead be bussed to predominantly white Everett High School.

Unfortunately, it was an uphill battle at first. Magic encountered incidents of racism, and despite his clear talent, was largely ignored by the white teammates on his basketball team. Eventually, he learned to navigate the new environment and earn the respect of the other players.

He earned the nickname “Magic” as a 15-year-old sophomore after a particularly well-played game at high school, and went on to become a successful professional player in the NBA. His appearances in his high school yearbook clearly show that his talent and skill set him apart from the other students… not to mention his height!

This fierce and beloved former First Lady of the United States came from humble beginnings in Chicago, Illinois. A smart and highly motivated student, she was enrolled in a program for gifted students in elementary school and attended Whitney High School, Chicago’s first magnet school. She graduated as salutatorian — the second-ranking student in her class. She went on to attend Princeton and Harvard University, where she studied law.

The 1979 yearbook from Whitney features Michelle in her sophomore year. The determined expression on her face is clearly recognizable from her later years. This world-famous rock star was born John Francis Bongiovi Jr. in Perth Amboy, New Jersey, to a military family. He spent his freshman and sophomore years at St. Joseph High School in Metuchen, New Jersey, and then transferred to Sayreville High School in Parlin.

In one of the photos from Jon’s years at Sayreville, he is shown with the high school marching band — and a wide grin.

He had already formed his first band, Atlantic City Expressway, the year before, and throughout his teens he performed at clubs and opened for local acts with his band John Bongiovi and the Wild Ones.

Bill Maher is a comedian, television host, and political commentator. He was born in New York City and raised in River Vale, New Jersey. He attended Pascack Hills High School in Montvale.

Bill was a staff member of his school newspaper, the Trailblazer. The 1974 yearbook from Pascack Hills names him as Business Manager of the publication. The photos show him sporting a “chin curtain” style beard: Jane Fonda is a veteran actress who has received awards and accolades for her performances in a wide variety of films. Born in New York City, she attended high school at Greenwich Academy in Greenwich, Connecticut, and the Emma Willard School in Troy, New York.

According to the Emma Willard yearbook, Jane — who was a fashion model before she became an actress — was a member of the “Dress Committee”:

She was also secretary-treasurer of her class in her freshman year: His classmates were partly right when they listed his “possible future career” as “retired millionaire”: Millionaire, yes. Retired, not yet!

It’s fascinating to see these celebrities in their formative years, already developing the skills and talents that would rocket them to fame later in life. It’s even more striking to see their high school photos in full color! 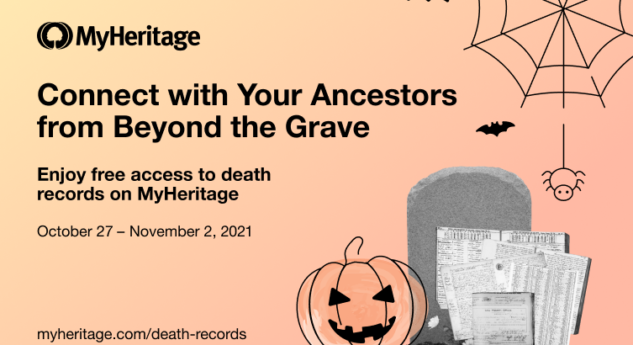