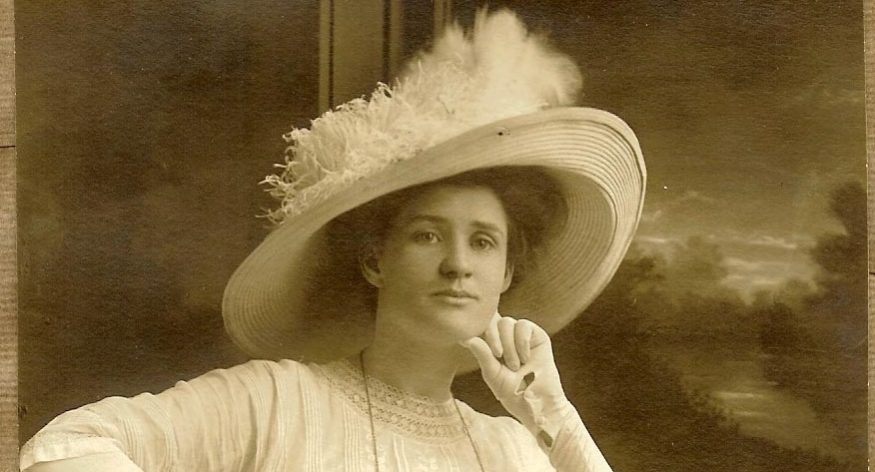 MyHeritage user Delbert Ritchhart from San Diego, California is an avid genealogist. Despite making multiple genealogy breakthroughs over the years, there was still a big open question when it came to Del’s Great-great grandparents from Ireland. It was through a MyHeritage DNA match that Del was able to get the answers that he’d been looking for.

Del grew up in Colorado and graduated from the University of Colorado before entering the Navy. After spending twenty-four years in Naval Aviation, he retired as a Captain and continued working for about fifteen years in the industry. He and his wife and have three daughters, eight grandchildren, and four great-grandchildren. Del and his wife, Joanne, with their B&B host when visiting County Mayo in 2006 for research purposes.

He originally became interested in family history after receiving a letter in the mail advertising a book about his paternal family history, in 1996. After checking the Library of Congress website to verify the registration number, he sent a check for the book. The book traced the Ritschhart/Ritchhart/Richhart family from around 1500 in Switzerland all the way to his father’s generation, and it even included his father’s name and all of his family. He was bitten by the genealogy “bug” and hasn’t looked back.

Needless to say, I was excited, and it has been a fun ride ever since.

Del’s paternal family line originated as Swiss Germans. They came to America in 1750, settled in Pennsylvania and over the years migrated from there to Western Virginia, Ohio, Indiana, Missouri, Colorado and, finally, California. They were mostly farmers. They came from the adjacent villages of Oberhofen and Hilterfingen. Del’s maternal grandmother, Mary Dean, with her brother’s children and the O’Malley Children.

His maternal lines are English and Irish. In tracing his Irish great-grandfather, Del uncovered a little secret that his family never knew. He learned that his great-grandfather was a bartender in St. Joseph, Missouri; but decided during prohibition to start brewing his own libations in his cellar. He got caught and ended up serving one year in Ft. Leavenworth Federal Prison. He also felt quite proud to learn that he has Revolutionary War, War of 1812 and Civil War ancestors. Del’s great-grandmother, Ida Britton, with her parents Effie and Thomas. Thomas was a veteran of the Civil War.

He currently has over 10,000 people in his family tree, hailing from Germany, Switzerland, England, and Ireland, and within the United States in Pennsylvania, Virginia, the Carolinas, Ohio, Indiana, Missouri, Colorado and Texas.

Del was introduced to MyHeritage about eight or ten years ago when he was President of the Computer Genealogy Society of San Diego. He heard a lecture on MyHeritage and was very impressed with the capabilities of the program. Ever since it has been one of his two major sites for research and maintaining a family tree.

I like the site because of the innovativeness of the company. They are very aggressive in introducing new and creative capabilities.

For about 15 years Del has been trying to determine where his Great-great grandparents, Peter O’Malley and Julia McNally O’Malley lived in Ireland. He knew they came from County Mayo but had no further details. Because they both had such common surnames, he knew that he would be unable to determine where they were from without some big breakthrough.

He had previously taken both a Y-DNA and autosomal DNA test, without receiving any significant matches with people from Ireland or persons with either the O’Malley or McNally surnames. In early February 2017, he uploaded his raw DNA data to MyHeritage. Within a few days, he was notified of several matches.

One of them was a person in Ireland; something I had been hoping for years to find.

Del contacted the individual, Michael, and he promptly responded. It turned out his great-grandfather; Patrick McNally was born in 1829 and was from Cloonkeen Townland, Kilmeena Parish in County Mayo. Since Del’s great-grandmother, Julia McNally was born in 1835; he thought it possible that she and Patrick could either be cousins or siblings. Unfortunately, Michael said that there were almost no records for Kilmeena for that time period. Fortunately, however, Griffith’s Valuation listed a Patrick and Bridget McNally living in neighboring Townlands, Cloonkeen and Knockboy, Kilmeena Parish around 1855. Del was elated to have narrowed down the location where Julia and her family lived!

If I had discovered Patrick and Bridget McNally in the Griffith’s Valuation without any other supporting data, I would have been very reluctant to put much confidence in them being related to Julia. However, because Michael and I are a DNA match, have no other surnames in common, and he knew his grandfather Patrick, had lived in Cloonkeen Townland, Kilmeena Parish, County Mayo; I feel much more confident there is a relationship with my Great-great grandmother, Julia. I still have more work to do; but I feel this DNA discovery is the significant breakthrough I have been seeking!

Del’s greatest advice for family historians is to make sure to publish your family tree online and to advance your genealogy research with a DNA test.

I have learned my great grandmother was adopted and received copies of her adoption papers, made contact with several distant cousins and been contacted by a first cousin I never knew I had, all because I had a tree on the internet. Just in the past month, through DNA testing; I learned about an Australian second cousin, believe I have identified where my Irish great-great grandmother lived in County Mayo, Ireland; and learned I have a cousin whose 5th great grandfather was the brother of my 5th great grandfather back in Switzerland. Several years ago I confirmed that the Ritschards who still live in the Swiss Village my 5th great parents emigrated from to America in 1750 are related through a Y DNA test. I feel very certain that none of those discoveries would have been possible if I hadn’t had my family tree on the internet or taken DNA tests!