Recent research by the UNC School of Medicine reveals that mammals are genetically more like their dads. The research shows that although we inherit equal amounts of genetic mutations (that make us who we are instead of someone else) from each of our parents. We actually “use” more of the DNA that we inherit from our dads.

Do you find this true for your family? Do more of your family members look like their fathers?

In honor of Father’s Day this month, MyHeritage held a look-alike photo competition. We asked our readers to send in photos of family members that look like their fathers for the chance to win a MyHeritage DNA test.

The response was overwhelming! Thank you to all of our participants for sending in your wonderful photos. Many of these entries of fathers and children look like the same person!

Here are some of our favorite look-alike photos from those we received: 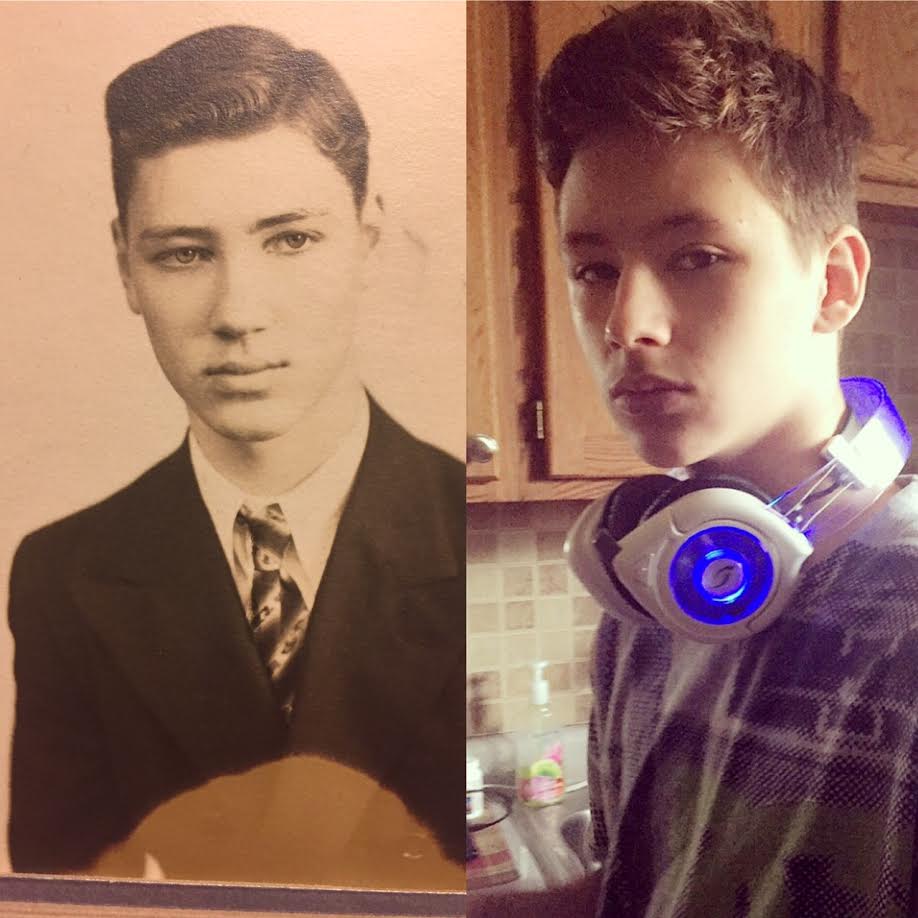 Gene Hilliard (left) when he was about 2 years old, and his great-grandson at the same age. [Submitted by Elizabeth Chantelle Kiphuth] We were happy to reward Patritia Richards with a MyHeritage DNA kit as the winner of the look-alike competition! Patritia’s husband Bill below has an uncanny resemblance to his father. Do the children in your family strongly resemble one parent over the other? Let us know in the comments below.
Tags: DNA, Father-child, Father's Day, genealogy, Genetic testing