Half Siblings Reunite After Over 80 Years Thanks to MyHeritage DNA! 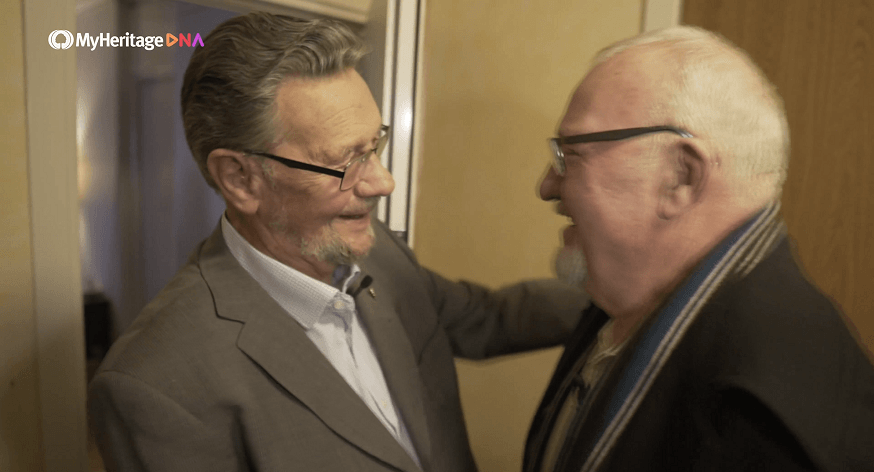 Torsten Simander, 85, from Stockholm was born to a single mom on March 15, 1934. After living for 7 years with his grandparents, he was then raised by his mother Lisa and stepfather. At a young age, Torsten learned that his father was a man named Bertil Simander, born in 1913, who acknowledged Torsten’s paternity.

Years later, a MyHeritage DNA test revealed a shocking truth to Torsten and his family — Bertil Simander was not his father. Through his DNA Matches on MyHeritage, Torsten discovered three half-siblings!

Watch the video of their emotional reunion here:

Never doubting who his parents were, Torsten was relatively content with his knowledge of his family history. He married and had children of his own. When his son Stefan was 17, he expressed interest in meeting his grandfather. The family went and visited Bertil Simander who was recognized as Torsten’s biological father. It was a fantastic meeting for the whole family, and they were able to meet a number of times before Bertil passed away in 1978. As Bertil’s only known child, Torsten inherited Bertil’s cottage and the whole family changed their last name from Torsten’s stepfather’s name Johansson to Simander. Torsten with his grandparents Torsten Simander with his son Stefan

A few years passed, and Torsten’s son Stefan decided to explore his family history. After taking a MyHeritage DNA test they discovered that Bertil Simander was not, in fact, Torsten’s biological father!

After testing more family members, Stefan was able to find his father’s cousin, who in turn led him to discover Torsten’s three half-siblings!

Torsten discovered that his father, named Henry Siggelin, was born in 1910 in Stora Ringome in Alva, where he also died in 1995.

One of his newfound half-siblings lives in Stockholm and the other two live in Gotland.

The news came as a huge shock to the family. Torsten, who throughout his life thought that his father was Bertil Simander, now received life-changing news about a different father, and three new siblings to boot. After letting the news sink in, he decided to meet his siblings.

In January, all of the siblings met in Stockholm, with the two from Gotland flying in to meet them. Stefan, who had made the discovery come true, was also there.

“It has been very groundbreaking but very positive,” Torsten says. “I think it is enriching to have more siblings even if it is later in life.”

Although they are sad that they didn’t know about each other earlier on, they are definitely making up for lost time and getting to know each other.

Learn more about your ancestors today. Build a family tree on MyHeritage and order a MyHeritage DNA kit!