Man, 33, Meets Father, Half-Siblings, and Grandparents for the First Time Thanks to MyHeritage DNA 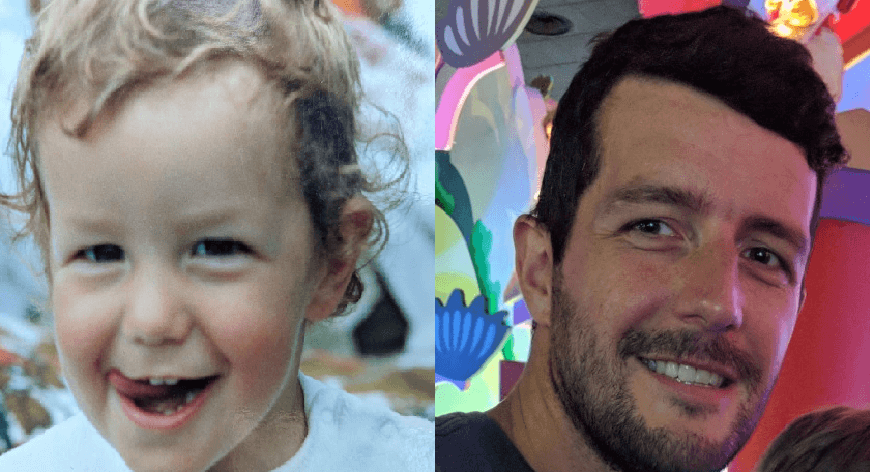 Growing up, MyHeritage user Kevin Williams always wished to have a father. It was a DNA upload to MyHeritage — and a helping hand from MyHeritage Founder and CEO Gilad Japhet — that finally cracked the case for him.

After months of dead ends, I used the power of social media to try and break through the walls. I was not expecting what happened next. The CEO of MyHeritage saw the post and decided to help. He found an alternative way of making contact. This was absolutely mind-blowing!

No matter how many times he asked as a child, Kevin’s mother could never tell him who his father was. Though she tried to retrace her steps over the years, she had no idea who he was or how to get in touch with him. Kevin resigned himself to the situation and tried not to dwell on it, telling himself that many other children grew up without a father. Kevin, as a child.

It wasn’t until Kevin had children himself that his desire to learn more about his father’s side spurred him to try harder. He felt guilty that he wasn’t able to tell his children about that side of his family.

After testing his DNA with another service, Kevin uploaded his DNA results to MyHeritage — and that’s when things got interesting.

Kevin was almost instantly matched with someone named Colin Jenkins, who shared 12.4% of his DNA, making him a first cousin, a great-uncle, or a great-grandfather. After speaking to a number of people who shared the same DNA Match, Kevin learned that they all had a connection to Wales.

He then proceeded to test his mother and maternal grandmother through MyHeritage to rule out a maternal connection. Since they didn’t receive the same match, Kevin was sure that he was related to Colin through his paternal side. He realized it was likely that such a close match might lead Kevin to his father.

Kevin messaged Colin through MyHeritage at the beginning of 2019 and waited patiently. After months without receiving any answer, he was desperate for some news. He turned to the Facebook group “AUSSIE & UK ANGELS – Reuniting long lost Family & Friends” and posted asking for advice.

I messaged Colin at the start of the year, but he hasn’t logged into MH since May 2018, so he clearly hasn’t seen it. I’ve looked at our shared matches and they have given me valuable, consistent information about the Jenkins line. They were from Narberth/Saundersfoot area of West Wales. 3 brothers moved to America in the late 1800s with 2 brothers staying in Wales. One of the brothers moved from Pembrokeshire to Ammanford in the early 1900s and had his family there. His name was Lewis Jenkins. The other had only a daughter so unlikely to be him. Another tip-off I was given was about a descendant by the name of Arthur Jenkins, who moved to Maesteg, Bridgend in the 1920s. I’ve traced these lines down, but with no joy of finding a Colin Jenkins in the tree. When MyHeritage Founder and CEO Gilad Japhet saw Kevin’s post, he knew that his detective skills could benefit Kevin. Kevin’s life-changing match with Colin was a lifeline, and Gilad wanted to see the family reunited.

After some research, Gilad determined that Colin was probably unresponsive since his Internet service provider was down. Gilad had the MyHeritage Research team contact the MyHeritage user who actually purchased Colin’s kit: Adam Jenkins.

After a number of emails and calls back and forth with various members of the Jenkins family, Kevin was given the phone number of his potential father. He didn’t realize at first that it was his father, but during their first phone call, everything started falling into place.

Thanks to Gilad’s intervention, Kevin was finally able to meet his father for the first time. His father remembered meeting his mother on a night out almost 33 years ago and was able to fill in the missing pieces. Kevin also learned that he has a half-brother and half-sister, around 10 years younger than he is — and his paternal grandparents are alive and well.

I recently met up with my grandparents for the first time and in doing so introduced my children to their great-grandparents. Surprisingly, they only live less than a mile from our family home and I have jogged past their street for the last few years without knowing.

Everyone has welcomed Kevin into the family with open arms. The response from his father’s family and friends has been overwhelming.

I never thought my features and the way I look would ever be the centerpiece of any conversation, but it’s great that my close resemblance brings a smile and sparks memories and conversation for those who knew my dad when he was younger.

Kevin is overjoyed to have been reunited after so many years of wandering and searching.

I can’t thank the MyHeritage team enough for their help and I look forward to learning more about my newfound family. Sure, it’s a bit strange for everyone at first, but it’s been a life-changing journey for me and my family.