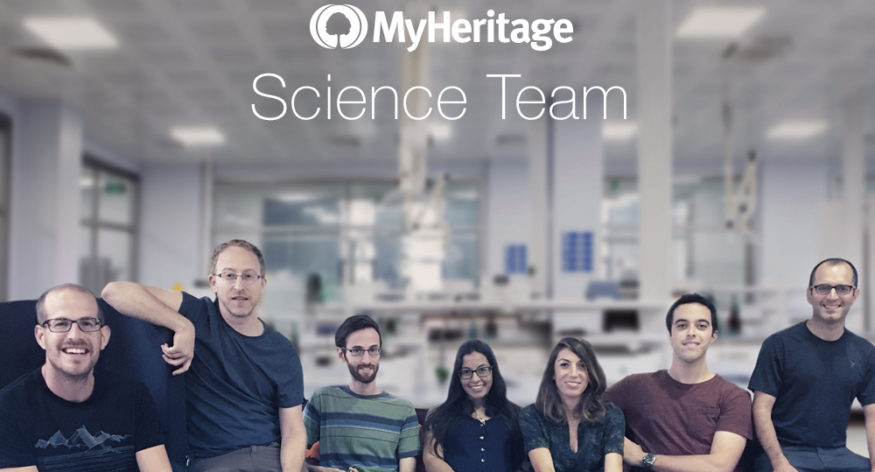 The Science Team at MyHeritage is made up of talented scientists who are extremely passionate about genetics and making an impact on the world. They research and advance our technologies, making breakthroughs in DNA data analysis. Their goal is to help our users understand who they are and where their family came from, by finding links between their DNA and their family history.

We want to introduce you to the incredible people on the team, and let you get to know them better. 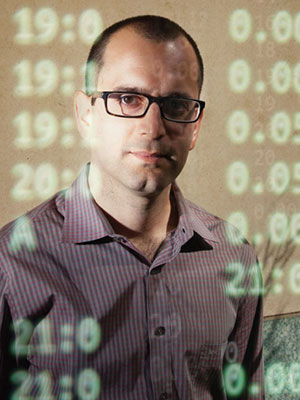 Professor Yaniv Erlich, MyHeritage’s Chief Science Officer, is a DNA rockstar. He heads the MyHeritage Science Team. While studying for his Ph.D., he lived with Dr. James Watson — who uncovered with Dr. Francis Crick the structure of DNA as a double helix. Little did Yaniv know that he would also become a DNA pioneer, making strides in the field of genetics not too many years later.

Yaniv has a B.Sc. in Computational Neuroscience with the highest distinction from Tel Aviv University, a Ph.D. in Genomics from Cold Spring Harbor Laboratory, and he has been an Assistant Professor of Computer Science at Columbia University. Throughout his years of research, Yaniv has made groundbreaking discoveries in genetics and a global impact in the field of DNA. He has published numerous articles in the prestigious Nature and Science journals and his works have had major media coverage. He is often referred to as the “genome hacker”. Yaniv’s past projects focused on genetic conditions, genetic privacy, DNA storage architecture, and more.

Yaniv is married and has two children, ages 6 and 3. His kids love DNA, and they often speak about it at home. The other day, he received an email from a friend whose son has a genetic disease. As Yaniv was helping him evaluate the mutation, Yaniv’s son asked him what he was doing. Yaniv explained to his son that he was trying to help his friend whose child has a problem with his DNA, and his son became fascinated and started to ask him many questions. DNA may run in the family but, for now, Yaniv just wants to make sure that his children stay open and curious.

As a bioinformatician, he particularly enjoys seeing how his research actually changes the lives of people who need help. For example, Yaniv was able to help those with a particular rare genetic condition named Goldenhar syndrome, where little research had been done in the past. By isolating and locating the mutated gene, he was able to determine who in the families were carriers and he was able to design future testing surrounding this genetic mutation. He also determined the genes that cause two rare diseases: Joubert’s Syndrome in Ashkenazi Jews and Hereditary Spastic Paraparesis in a Palestinian family. He is still amazed at how just one minor change in DNA can create tragedies for families and cause people to have rare diseases.

Yaniv worked on another specific project in his lab that he will never forget. He worked with a young girl in a health clinic who had a severe facial malformation. Her mother, grandmother, and cousin also had slight facial asymmetry and, as a geneticist, he knew that something was going on. The girl also developed a type of childhood cancer, and he wanted to help her. He and his lab were able to use technology to pinpoint the variation in this young girl and other family members affected. They then discovered that the same mutated gene that caused her facial malformation was also connected to her type of cancer. These discoveries not only impact individual families while breaking through walls in genetic research, but they also affect future generations.

Here is a bit more about the others members of the Science Team:

Yoav is the Director of DNA, helping Yaniv prioritize projects and keep the team on track. Yoav completed his B.Sc. at Hebrew University in Chemistry and Biology and graduated cum laude. He loves helping MyHeritage users learn more about themselves and their families. He is originally from Israel and later spent nine years living in California. His wife is a doctor at Ichilov Hospital in Tel Aviv, and they have two daughters. He also has a beautiful boxer dog named Bruno and, in his free time, he loves to play with his daughters, swim, run, listen to music, and go hiking and camping.

Daphna is a Senior Bioinformatician and has been passionate about genetics for as long as she can remember. When she was younger, she used to be in awe of how brown-eyed children could have blue-eyed parents. She would ask herself, “Are they adopted or do they have a somatic mutation?” As she got older, she decided to pursue her interest in genetics and got a B.Sc. in Life Sciences and Bioinformatics. Afterwards, she moved from Israel to sunny California to pursue a Ph.D. in Human Genetics at UCLA. She was also a Postdoctoral Research Fellow in Cardiovascular Genetics at UCLA. She loves working at MyHeritage because it allows her to introduce genetic research to anyone who is interested. In the past, DNA was only a topic discussed in scientific journals and information was only available to a small community of scientists and doctors. Nowadays, anyone can now evaluate their own DNA and discover more about who they are. She is proud that she can help interpret such important and complex information for MyHeritage users. Daphna is also the mother of three girls, including twins. She loves spending time with her family, her dog Luka, and going to dance, yoga and Zumba classes in her free time.

Luis grew up in Brazil and the U.S. and completed his B.Sc. and M.S. at MIT, specializing in Mathematics and Computer Science. During his graduate studies at MIT, he received the Best Computer Science Masters Thesis Award for his research on machine learning. He recently moved to Tel Aviv and is loving the city and all that it has to offer. He really likes to work at MyHeritage because he feels that he is always surrounded by talented, pleasant and caring co-workers. Everyone he works with is equally passionate about genetics as he is, and devoted to the mission of the company. He is an expert in machine learning and develops cutting-edge tools to analyze DNA data. He hopes that his work allows users to understand themselves better than they ever could before.

Miri is a bioinformatician at MyHeritage and has a Ph.D. in Computational Biology from Bar-Ilan University, where she studied human immune responses in cancer and inflammation. As a part of her research, she wrote and published several computer programs that enabled the processing and analyzing of massive amounts of data. Her current focus at MyHeritage is the ethnicity estimation, which she helped build and continues to develop. What she loves most about working at MyHeritage is that each family reunion is treated as a personal success and that solving familial inquiries is taken with full seriousness. She and her husband are expecting their firstborn daughter at the end of the year, and they also have a cat. They can’t wait to expand their family with more kids and cats!

Regev has lived in Israel for over 10 years and is currently completing his Ph.D. in Computer Science at Tel Aviv University, specializing in statistical genetics. He enjoys working for a company that affects people’s lives in a personal way through genealogy and DNA.

Daniel is completing his Ph.D. at Bar-Ilan University in Cognitive Neuropsychology, where he focuses on the nurture aspects of the nature vs. nurture debate. He was the first Data Scientist to join the MyHeritage DNA Science Team. He enjoys the challenge of academic research, which he continues to experience working at MyHeritage, creating a product that strongly impacts people’s lives. His first DNA project at MyHeritage was to develop the Ethnicity Estimates. When not at work, he enjoys being a TV junkie and is obsessed with Bojack Horseman, Atlanta, and Game of Thrones. He binge-watched TV before the term “binge” even existed!

Tal can’t remember a single day where he didn’t love computers! He completed his B.Sc. and M.Sc. in Computer Science at the Technion – Israel Institute of Technology, and is a Bioinformatics Scientist at MyHeritage. He likes to travel around the world and he speaks four languages — Hebrew, English, German and Japanese. When he’s not using his perfect programming skills at the office, he’s working on programming projects with his friends for fun.

Oron completed his B.Sc. at Ben Gurion University in Bioinformatics and went on to complete his M.Sc at Tel Aviv University in Bioinformatics. He performs a mix of data science and engineering on large genetic datasets. He feels that this is a fascinating time in genetics because we all grew up knowing nearly nothing about our personal genomes, but that’s changing very quickly and dramatically. This is sure to have profound implications not just for individuals, but for society as a whole. MyHeritage is part of a small group of companies and institutions involved in this revolution, and he’s very excited to have a part in that. In his free time, he likes to spend time with his family, play the piano and guitar, and he also loves anything related to food!

The team’s latest project is the most comprehensive research project ever conducted at MyHeritage. It examines the relationship between genetics and behavior, personal characteristics, and culture, allowing us to make the next exciting genetic discoveries together.

We are working to uncover what makes people similar and what makes them different, based on their genes. We need your help to make this happen! There is no one else out there exactly like you, so your answers are guaranteed to tell us something we simply can’t know without you.

Questions will cover demographics, physical traits, hobbies, professions, personal health, family health, diet, happiness, political opinions, left- or right-handedness, sleep, and humor. We’ll remove personal information such as your name and email address, before aggregating responses with those of many other MyHeritage users. The surveys will be launched very soon and you may receive an invitation to participate.

We hope that you enjoyed getting to know our Science Team.

Stay tuned for their next innovations! 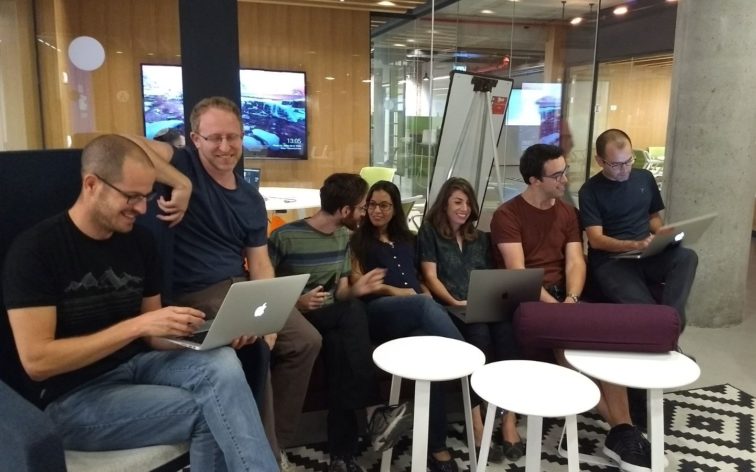