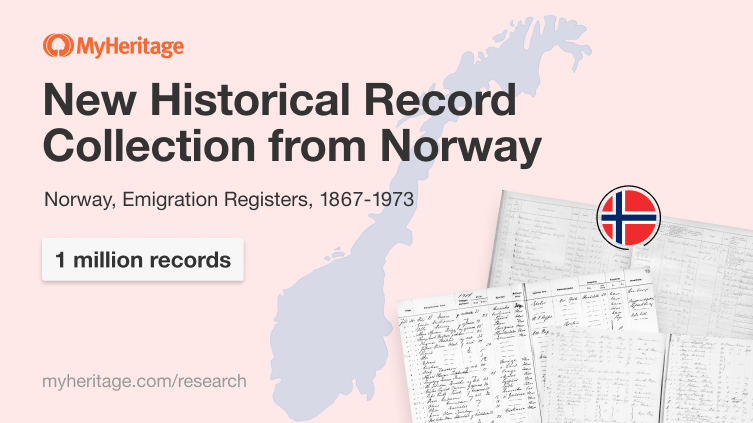 We are delighted to announce that we recently added one million emigration registers from Norway from 1867–1960. During the 19th and 20th centuries, an estimated 800,000 Norwegians left their homeland largely for economic reasons. Many who worked on farms lost their jobs due to the industrialization of agriculture, and many people were seeking better opportunities elsewhere. The majority of these emigrants settled in the United States, although significant numbers also went to Canada, Australia, and other countries. If you have Norwegian ancestors who emigrated from Norway during this time period, this collection may offer an invaluable snapshot about their lives.

This collection of records was created between 1867 and 1960 by local police departments tasked with assisting emigrants leaving Norway for foreign ports. Accordingly, these records are sometimes referred to as the Norwegian Police Emigration Lists (Emigrasjonsprotokoll in Norwegian).

These records include, for each emigrant, his or her name, gender, departure date or year, and last known residence. Other details may also appear, depending on the time period: the emigrant’s birth date and birth place, marital status, and declared destination, as well as the ship or shipping line that was to transport them from Norway. Most of the ships during this time period operated as “feeder ships” which carried passengers to larger ports in Europe or the British Isles, where the emigrants would transfer to other ships for their transoceanic voyage.

Starting in 1867, the police in Norway were tasked with ensuring that emigrants were being treated fairly, as unethical practices had developed among some of the companies and their agents selling tickets to carry passengers abroad. Emigrants were being placed on dangerously overcrowded vessels and some were being tricked into signing contracts to cover some or all of the cost of their ticket through unscrupulous and abusive labor requirements upon arrival at their destination. The reforms instituted by the Norwegian government between 1867 and 1869 were designed to prevent such predatory practices against emigrants departing from Norwegian ports.

These records are not “passenger lists,” but rather registers of people declaring their intention to emigrate through purchasing tickets and showing the accompanying contracts required by Norwegian law since 1867. The process of purchasing a ticket included appearing at the police station with an approved agent and an approved contract, which were inspected by the police. Emigrants were entered into these registers as they appeared at the police station, so they are not grouped according to the ships they were to take, the exact date of departure, or the designated destination; they are simply listed by order of appearance. Usually, emigrants departed within a few days of their enrollment in these registers.

About 25% of the migrants eventually returned home, as not every emigrant found success abroad. Nevertheless, the vast majority of Norwegians have at least one ancestor who traveled and established themselves in the United States or abroad. 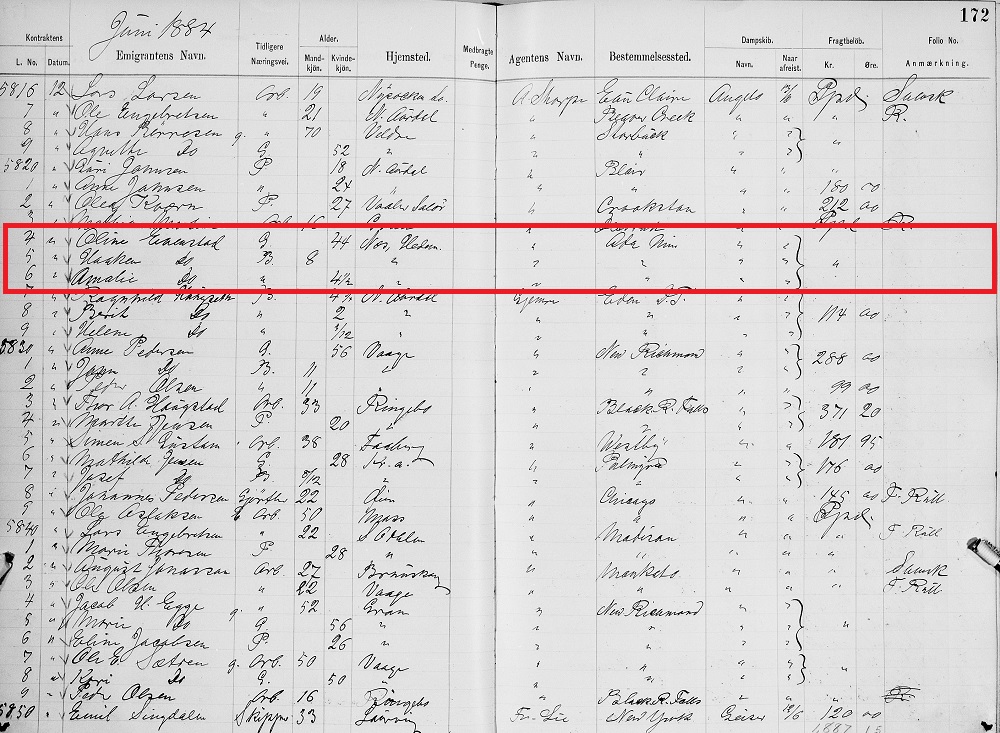 A record of the grandmother and great- grandmother of actress Linda Evans, Amalie and Oline Evenstad, appears in this historical record collection. The records list Oline Evenstad at age 44 with her daughter Amalie. They planned to leave their home of Oslo, Norway to emigrate to Ada, Minnesota, aboard a ship named Angelo.

We hope this valuable collection will open new avenues for your family history research. Searching this collection on MyHeritage is free. To view these records or to save records to your family tree, you’ll need a Data or Complete plan.