Blast From My Past Ep. 3: The Hero Who Fought Both Sides Gather ‘round, folks, it’s storytime: Episode 3 of our new podcast, Blast From My Past, is now live! This episode is called “The Hero Who Fought Both Sides” and features an extraordinary story of courage and defiance in the face of evil.

The story begins with a black and white photograph. A man stands in the doorway of his shop with an Iron Cross pinned to his lapel — a top military decoration from the German army. A few feet away, outside the shop, stands a young Nazi guard with a swastika armband. This photo was taken in April of 1933, during the Nazi boycott of Jewish businesses. It was the expression on the shopkeeper’s face that captivated MyHeritage’s Research team: proud, unafraid, smiling wryly, he exudes a quiet power that contrasts starkly with the hunched body language of the Nazi standing nearby.

Who was this man? And what became of him in the dark days that followed?

The Research team had to find out — and what they uncovered about the rest of the man’s story blew them away.

The man’s name was Richard Stern. After being awarded the prestigious Iron Cross for his service in the German army during World War I, he was driven out of his home country by the hateful Nazi regime. The Research team discovered records of Richard arriving at Ellis Island at the age of 40 in May 1939 — narrowly escaping the beginning of the war. In 1942, when Richard was 43 and not yet an American citizen, he enlisted in the U.S. Army to join the war efforts. And not only did he fight against the country he had once been decorated for defending, he was awarded a Silver Star in 1944: the third-highest combat award in the U.S. Army.

The Research team discovered a newspaper clipping from The Long Island Star-Journal printed on July 6, 1944, describing his service: “The victim of German brutality, 45-year-old Sergeant Richard F. Stern, earned the Silver Star for gallantry in action during an assault Jan. 7 on the slopes of Mount Porchio when in the face of heavy enemy fire he addressed the Germans in their own tongue and demanded that they surrender, convincing them they were hopelessly outnumbered.”

Richard did not have any children of his own, but his great-nephew Jack Romberg, a rabbi living in Florida, is well aware of his great-uncle’s actions in the war. He reports that his uncle kept the Silver Star in a box at the bottom of a drawer in a back bedroom — but he did not keep the Iron Cross. Instead, he gave it to the U.S. Army, which was collecting metal to melt down and make into ammunition. That’s right: he turned his German military award into bullets to shoot the Nazis.

If you loved this story, you’ll love the other episodes of Blast From My Past! Follow the podcast on Apple, Spotify, or wherever you get your podcasts.

Tags: Blast From My Past, MyHeritage Podcast, podcast 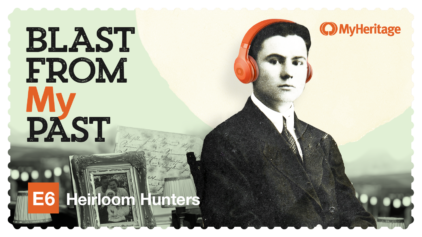 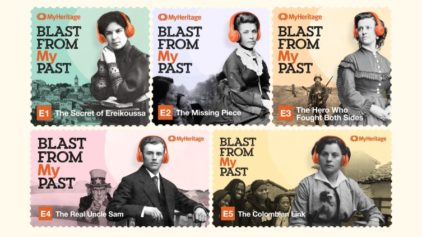