These Candid Photos Were Taken Secretly… in the 1890s If you have the fortune of possessing family photos from the 19th century, you probably know that most photographs from that era look more like paintings than like modern pictures. Camera equipment was generally heavy, cumbersome, and expensive, and those who could afford to have their pictures taken usually reserved the pleasure for special occasions. Therefore, most photographs of people from this period feature stiff-posed, unsmiling subjects.

The secret photographs of Carl Størmer, a 19-year-old Norwegian student who went on to become a great scientist, are completely different. Taken without the knowledge of their subjects, they capture moments very rarely seen in photos of that era. And especially after applying the MyHeritage photo tools, they reveal a 19th-century landscape, unlike anything you’ve ever seen before.

Størmer was born in Skien in 1874, the only child of pharmacist Georg Ludvig Størmer and his wife Elisabeth and nephew to Henrik Christian Fredrik Størmer, an engineer and inventor. He was studying math at the University of Oslo when a lovely young woman caught his eye. Too shy to approach her, he found an ingenious (though rather questionable) way to preserve the memory of her beauty: he procured a 19th-century equivalent of a spy cam. Invented by Robert D. Gray and introduced in 1886, this flat, circular camera was small enough to be tucked into a waistcoat or vest, with the lens poking out through the buttonhole. By tugging a cord that led down to his pocket, Størmer was able to take photographs surreptitiously.

He soon discovered that the device had wider uses than spying on his secret crush: he could snap pictures of people on the street. Between the years 1893 and 1897, he took almost 500 photographs of passersby on the main street of Oslo. The results include an array of images unlike most you will find from the Victorian period. Women strolling down the street with parasols, chatting with friends; men smiling and tipping their hats; even people snuggling young children and pets.

The MyHeritage photo tools smooth over scratches and small tears, clarify facial expressions, and of course, transform a black-and-white 19th-century Oslo into a vibrant, colorful setting.

It’s interesting to note that if these people had known they were having their picture taken, they probably wouldn’t have been smiling at all. Smiling for the camera only became popular in the 20th century.

Størmer went on to become an acclaimed mathematician and astrophysicist. He is best known for his work in number theory, including the development of Størmer’s theorem, and his research on aurorae and the movement of charged particles in the magnetosphere. He authored a book on those topics called From the Depths of Space to the Heart of the Atom. He even has a crater named after him on the far side of the moon.

While those accomplishments are surely more groundbreaking than his hidden camera exploits — and we don’t recommend taking pictures of people without their consent — we will be forever grateful to him for providing us with these rare, refreshing glimpses of day-to-day life in late 19th century Oslo.

Isn’t it astonishing what the MyHeritage photo tools can do for these photographs? Try out Photo Repair, the Photo Enhancer, and MyHeritage In Color™ on your own family photos! 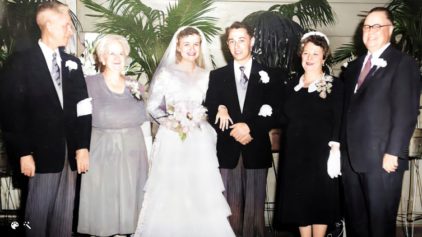