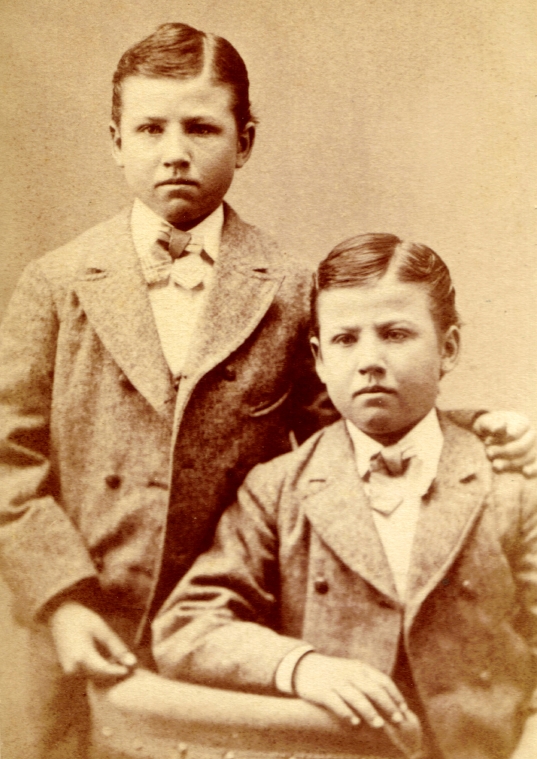 We remember our ancestors by their photos, which provide small glimpses into their world, and bring them to life once again. If preserved properly, photos offer lasting impressions for future generations.

When looking at old photos of our ancestors, it’s easy to wonder what they were thinking at that moment. Their ambiguous expressions leave us questioning. Were they happy? Were they sad?

It’s extremely rare to find 19th-century photos where people are smiling or showing any emotion. What’s the story behind their stony and serious stares?

There are a few reasons why people back then didn’t smile:

Poor dental care
One theory states that people back then didn’t flash their smiles since their teeth weren’t white. Dental care wasn’t widely available, and dental hygiene wasn’t important. Many people had missing teeth, leaving gaping holes in their mouths, a legitimate reason for not smiling.

Photographs were rare and expensive
People who were lucky enough to pose for early photographs appreciated that it was an important event, that would perhaps only happen once in their lifetime. They treated the photographs much like paintings and adopted portrait standards in which nobody smiled.

Long exposure times
When photography was in its infancy, exposure times were quite long. It could take up to 15 minutes for just one photo to be captured. To reduce movement, people would hold their expressions without smiling. However, in just a few years, the process improved and exposure times were reduced significantly.

As film technology progressed and improved, the movie industry was born. Actors appeared on the big screen, complete with facial movements and expressions. Smiling in photos soon became socially acceptable and encouraged. From the early 1900s, we see more familiar expressions in photos.

Why do you think our ancestors didn’t smile? Tell us in the comments below!