I Never Gave Up Until I Found My Father 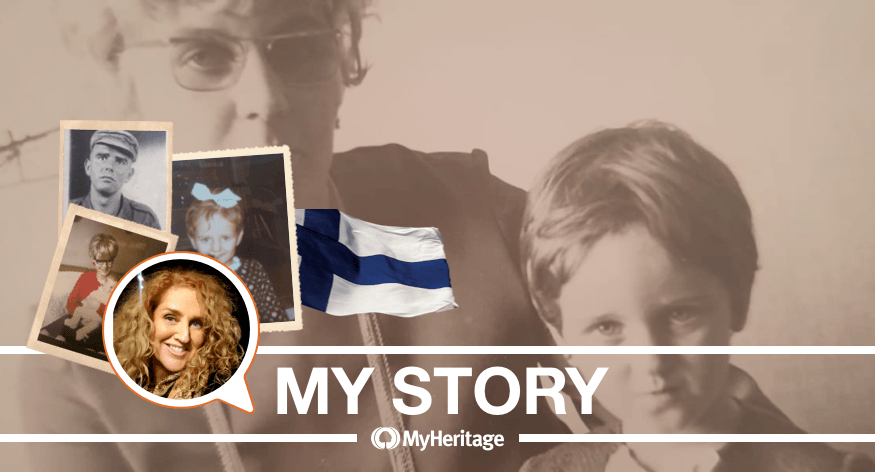 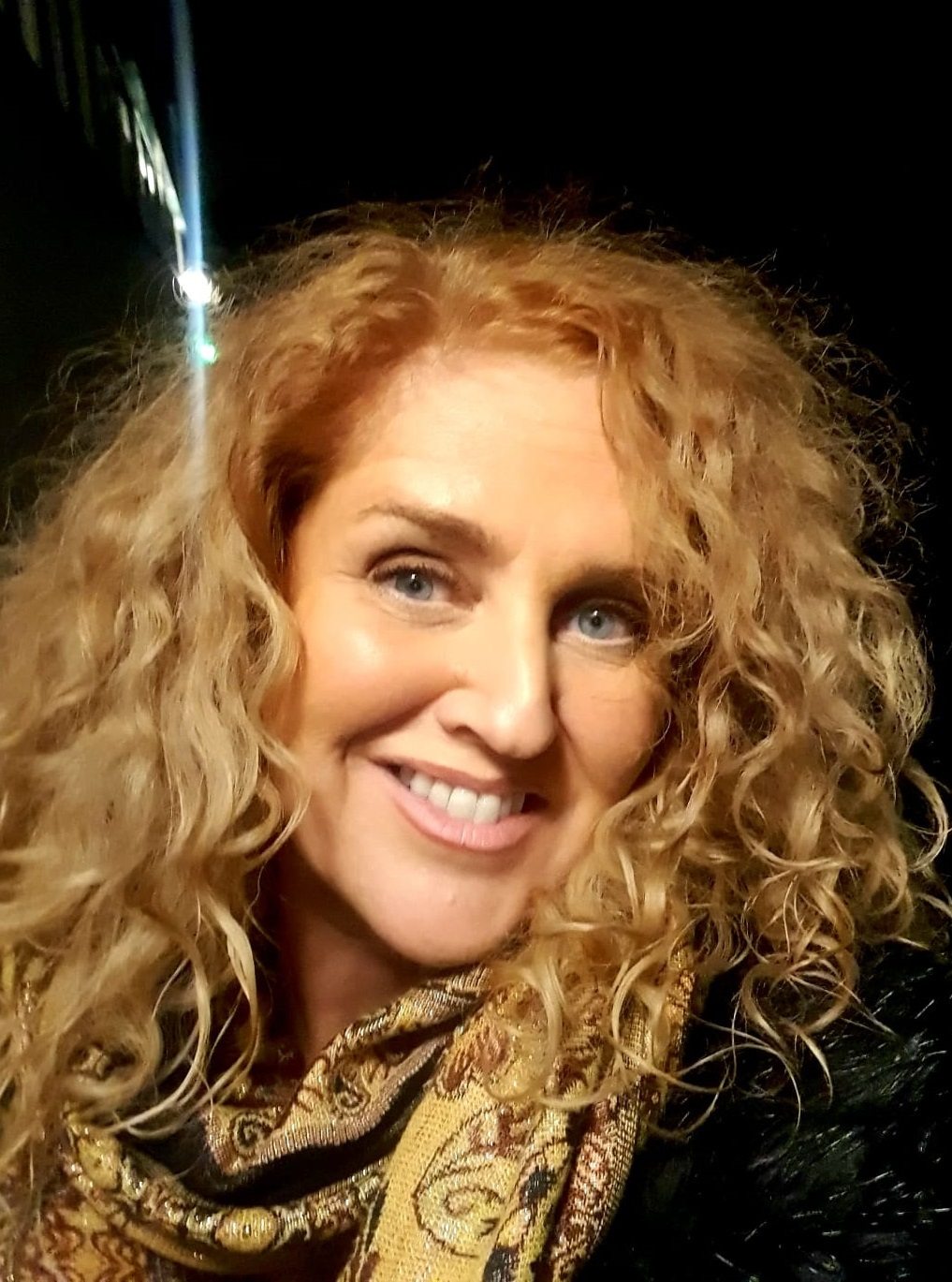 Erna Rusi, a MyHeritage user from Finland, was raised without knowing her biological father. A year ago she took a MyHeritage DNA test and received a match with a relative. With excellent research work and a lot of tenacity, she was able to find him after 55 years.

“My story started with zero clues as to who my biological father was. Never in my wildest dreams did I think I’d actually find him, or that he’d be alive! I didn’t have his name or his nationality, and my mom passed away 12 years ago, so there was no one else to ask. I had every reason to give up and to move on in my life — but I decided not to. I decided to find him, no matter what… and I did.

I was raised without a father. When my mother was still alive, I asked her about him, and she always said that she doesn’t know his identity. 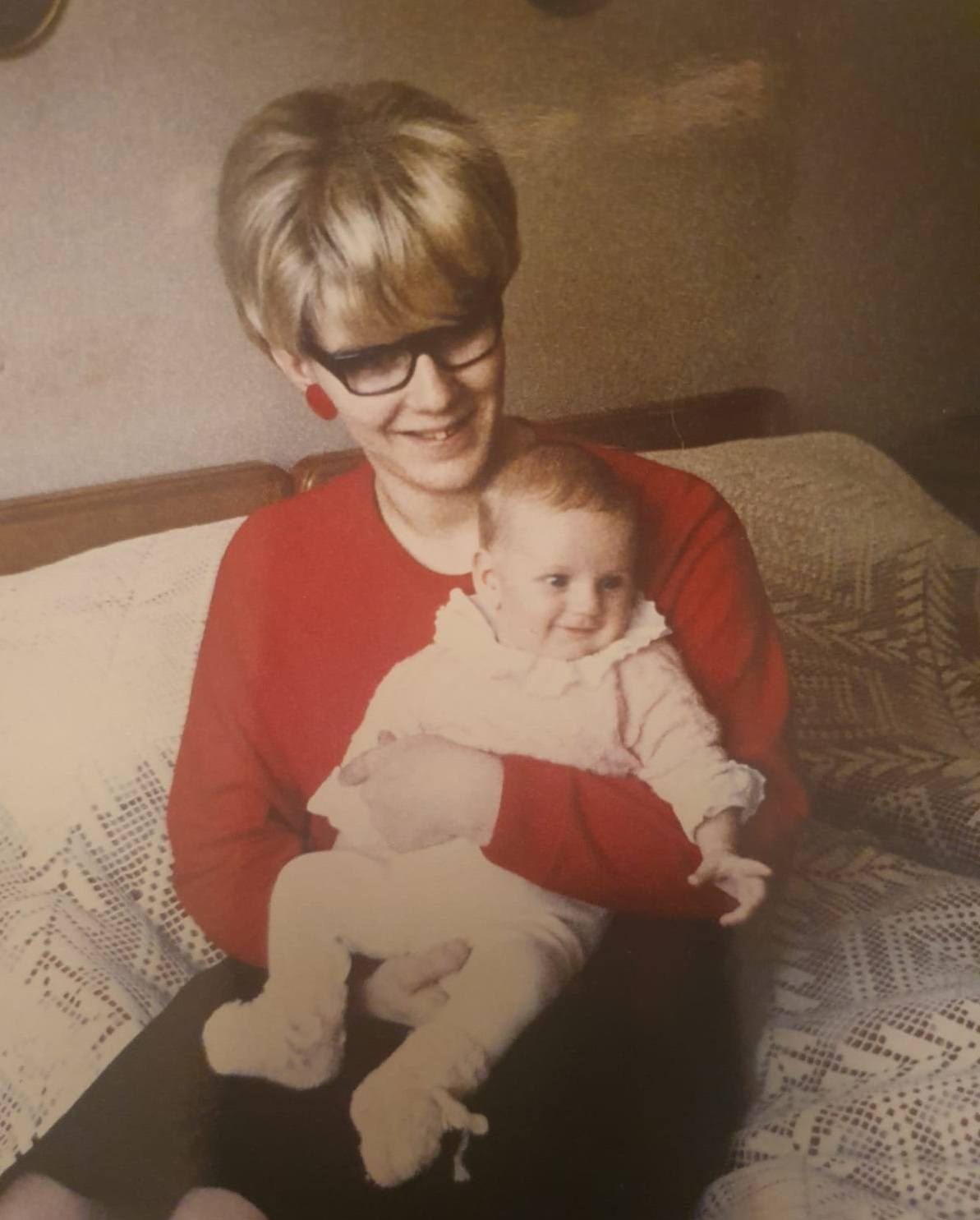 Erna as a baby, with her mother

When the option to take a DNA test came up, I thought it would probably be my only way to find out at least something about myself. Maybe I’d find some relatives, roots… something. Anything.

In spring 2018 I purchased a MyHeritage DNA kit and was hoping to get a significant match, but the only matches I got were with distant cousins.

The test gave me some insight into my ethnicity. For the first time in my life I had some information about my roots from my paternal side: I found out I am 25% North African! This was the first clue for me, because I knew that my mother is of German and Danish origin. The North African roots, I figured, could only have come from my father.

After a while of unhelpful matches, a new one came along — this time, with 3% shared DNA. It was a woman from France who also had some North African ethnicity. I tried to contact her, but didn’t get a reply. I searched for her on social media and didn’t find her. Feeling that there were no other options, in December 2019 I booked a consulting session with a professional researcher from the MyHeritage platform. The DNA expert checked our shared DNA, and explained that my match and I share a great-grandmother or great-grandfather.

Well, that was a start.

This information gave me a lot of motivation to find his woman. She really was my only lead!

I never actually thought this may lead me to finding my father. I thought that at most, I’d find some relatives, and perhaps gather knowledge about my roots.

In January 2020 I found my match’s name on the website of a company where she was listed as a board member. The name of the company sounded interesting, so I checked and found that it’s the name of a mountain in Morocco. That meant I was on the right track. So I went to their Facebook page and sent a private message, asking to speak with this woman who is a board member in their company. I wasn’t expecting to get an answer on Facebook, but I felt that I had nothing to lose. After only 10 minutes, I got a reply: “She got your message and would like to call you.” This was a real shock! I was excited and nervous. 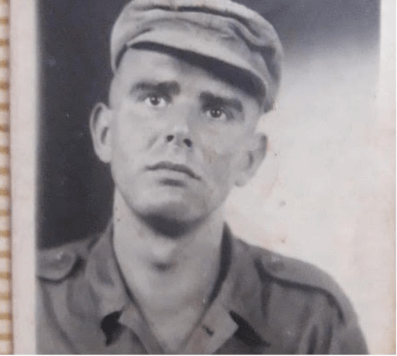 Erna’s father. He never had any other biological children.

A few minutes later she called me. I told her that I’m searching for my biological father and described how I think we are related. She listened and then told me about her background: her parents were from Morocco and Algeria. We exchanged photos, and thought we saw some resemblance. She promised to check with her father and to get back to me. “My father has 11 siblings, one of them will probably know,” she said. When her father saw my photo and heard the story, he immediately knew who my father was: my mother had never left Finland, so it had to be someone who traveled there. And he had a first cousin, a man of French-Algerian origin, who had been in Scandinavia around the time when my mother got pregnant.

My newfound cousin gave me this man’s name, and then the name of his wife. She explained that A. — the man who was likely my father — was married to S., but because the family hadn’t heard from A. in 40 years, they didn’t know whether he was still alive or whether A. and S. were still married to each other. Still, now I had two names to work with, so I started to search online for clues. To my surprise, I found S.’s contact details online: she was living here in Finland! I decided to give her a call.

At this point, I of course believed my father was no longer alive.

I called S. and carefully started to explain. “No, no, I don’t know anything,” she said. “My husband is not Algerian, he is French. I’m sorry, but my husband is asking me to finish the call now.’ With that, she said goodbye and hung up.

Wow! My possible biological father was still alive. I couldn’t believe it.

I called my new cousin again and told her what happened. She talked with her father, and he contacted one of A.’s siblings, who decided to call A. himself. After 40 years without contact, A. and his brother spoke on the phone, and the brother advised him to look into whether I might be his daughter. A. agreed and asked for more details and photos. I got his address and sent him photos of myself and my mother.

The passport that revealed the truth

A few days later, he called me. “I’m sorry,” he said. “I can’t be your father — the dates don’t match. I was not in Finland then, I only arrived here 4 months before you were born, so it cannot be me.” The call ended very awkwardly, and I felt that I’d hit another dead end.

It took me 10 days to work up the nerve to write to him again. I wrote that I have all the proof that I need and that I’m convinced he is my father and I want to take a paternity test. “Ok, we can do that,” he replied. But then, in March 2020, the pandemic broke out and we couldn’t move forward with that plan.

However, he surprised me by calling back a short while later. This time his tone was totally different: “It is you, you are my daughter! I looked at my old passport and I was indeed on a vacation in Finland during the spring in 1965. When I saw the photos that you sent me and I recognized your mother. You really are my daughter!” I couldn’t believe it — had I really finally found my father, against all odds? Was this actually happening?!

As we talked, we both felt at ease. We talked a lot and laughed a lot — we have the same sense of humor and it didn’t feel like we were strangers. I can’t say I felt “love” or something that deep, but strange sense of familiarity anyway. It was a good start.

Because of COVID-19 and the fact that he is high-risk because of his age, we had to postpone our first meeting. In June 2020 we met for the first time at his house, with his wife, and had a wonderful lunch together. He is a great cook! Later during the summer I spent weekends at their place. We’ve been getting to know each other and developing a relationship.

Today A. is doing his best to make up for lost time as my father. He never had kids of his own, so becoming not only a father, but a grandfather to my adult children, at age 79, is quite a lot to take in! We now care deeply for one another and talk on the phone weekly. We plan to meet again once the pandemic is over.

When I started this journey I had nothing to go on, not even a single piece of information. Thanks to the DNA match, I now know where I come from, I have a biological father, and he has living descendants. My story is living proof that even against all odds, you should keep searching and never give up!