If you’ve found old photos of your family members, you’ve struck genealogy gold. There’s nothing quite like looking into the eyes of an ancestor.

In the previous chapter of our Genealogy Basics series — a series of posts that walk you step-by-step through the process of building your family tree — we discussed the value of historical records and documents and what they can add to your family tree. In this post, we’ll focus on one particular kind of historical document: the photograph.

Sometimes, family photos will come with complete information, either by way of oral explanation from a relative or scribbled on the back. This information might include when and where the photo was taken, who is featured in the photograph, and other such details.

Unfortunately, this is often not the case. Even if there are some details written on the back, you can’t always be sure that whoever wrote it remembered those details correctly.

The good news is, there’s a lot you can learn by studying the image itself.

Get a closer look

Thankfully, there are revolutionary new technological tools that can help you get a closer look at your photos. Photo colorization and enhancement tools such as MyHeritage In Color™ and the MyHeritage Photo Enhancer not only make your photos more fun to look at — they can help bring out essential details you may not have noticed before that can give you important clues about the lives of your ancestors.

Take for example this photo of a handsome couple out on a road trip circa 1950. After colorizing the photo using MyHeritage In Color™, lush details of their drive through the countryside emerge. You can spot a building in the background and see the vegetation in much greater detail. This makes it easier to pinpoint potential locations for where this photo may have been taken. The MyHeritage Photo Enhancer can provide additional details through its advanced facial recognition algorithms. For this image, the tool immediately honed in on the faces of the couple to show us facial features so clear, it’s as if you are looking at them live.

Before and after using the MyHeritage Photo Enhancer

What photos can tell you

Photography was invented in the mid-19th century, and at first, it was expensive and cumbersome. Only wealthy families could afford to have their portraits taken, and even then, they would not have done so very often. Until household cameras became common, people normally had their photos taken for a formal occasion only: a wedding, a significant birthday, moving to or from a new home, and the like. So if you have a formal commissioned portrait of a family member from the early 1900s or mid to late 1800s, the first thing you know about them is that they were probably not poor.

They may have gotten lucky, though. The photographer may have chosen to photograph them because of the context in which they lived or worked, or used them as models. In that case, their appearance in the photograph may not tell us about their wealth, but it may tell us other things — such as the context and environment in which the photo was taken.

Here are some details to pay attention to:

Note the type of clothing worn by the subjects of the photograph. Fashions change quickly, so attire can be an extremely helpful clue for dating the photo. How are the subjects wearing their hair? Do the men sport a mustache or beard, and if so, how is it cut? What kind of collar are they wearing? Are the women wearing hats? Broad-brimmed, or short-? What kind of shoes? How long are their skirts? Research the fashions from the time period you think the photograph might have been taken and compare.

Clothes can also help you guess what occasion the photo may have been taken to document. Is there a young woman wearing a bridal dress and veil? Is a wedding band displayed prominently on one of the subject’s hands? Or are the subjects all in black, indicating that they are in mourning?

If any of the men are in military uniform, you will know that they served in the army, and the type of uniform might be able to tell you which army, which regimen, and maybe even your ancestor’s position. MyHeritage In Color™ may come in especially useful here in discerning one uniform from the other — of course, the colors will be computer generated, so you need to take them with a grain of salt, but they might be able to point you in the right direction.

What are the subjects of the photograph doing? What people and/or items are they doing it with? If they’re simply facing the camera, how are they posing?

Because of the long exposure time, early photographs resembled painted portraits more than anything else. Poses were stiff and formal and facial expressions were serious. Smiling only became common in photographs in the 1920s and 1930s. As cameras became more affordable and the exposure time shorter, more candid photos were taken, with subjects in more relaxed or spontaneous poses.

In formal photographs, the subjects may be arranged visually in a way that represents their relationships. Are they lined up oldest to youngest? Who is resting a hand on whose shoulder?

Ages of the subjects

Depending on how clear the image is, you may be able to guess the approximate ages of the subjects in the photograph. For example, if you know that your grandmother is a small child in a photograph that contains a few other children and two adults, it’s likely that the young woman in the photograph is her mother, the young man is her father, and the other children are her siblings. In photographs with more than two generations, you may be able to guess who’s who according to their approximate ages.

Family resemblance is not the most accurate way to identify someone in a photo, since family members may look very different from each other, and details may be unclear or distorted because of the quality of the photo. Still, sometimes it can provide useful clues. You (or a relative of yours) may be able to identify someone in the photo as a younger version of a person documented in a later photo, or from memory.

The MyHeritage Photo Enhancer can help a lot here, especially if your photos are somewhat blurry. The tool clarifies details in the photo and brings blurry faces into sharp focus, so you’ll be able to make out your ancestor’s features a lot more clearly.

If you haven’t already done so, it’s time to make sure that photograph is kept for generations to come — which usually means digitizing it. In our next chapter of the Genealogy Basics series, we’ll explore how to scan and digitize your photographs and other historical records.

If you already have your photos digitized, try out MyHeritage In Color™ and the Photo Enhancer now and see what new information you learn about your ancestors! 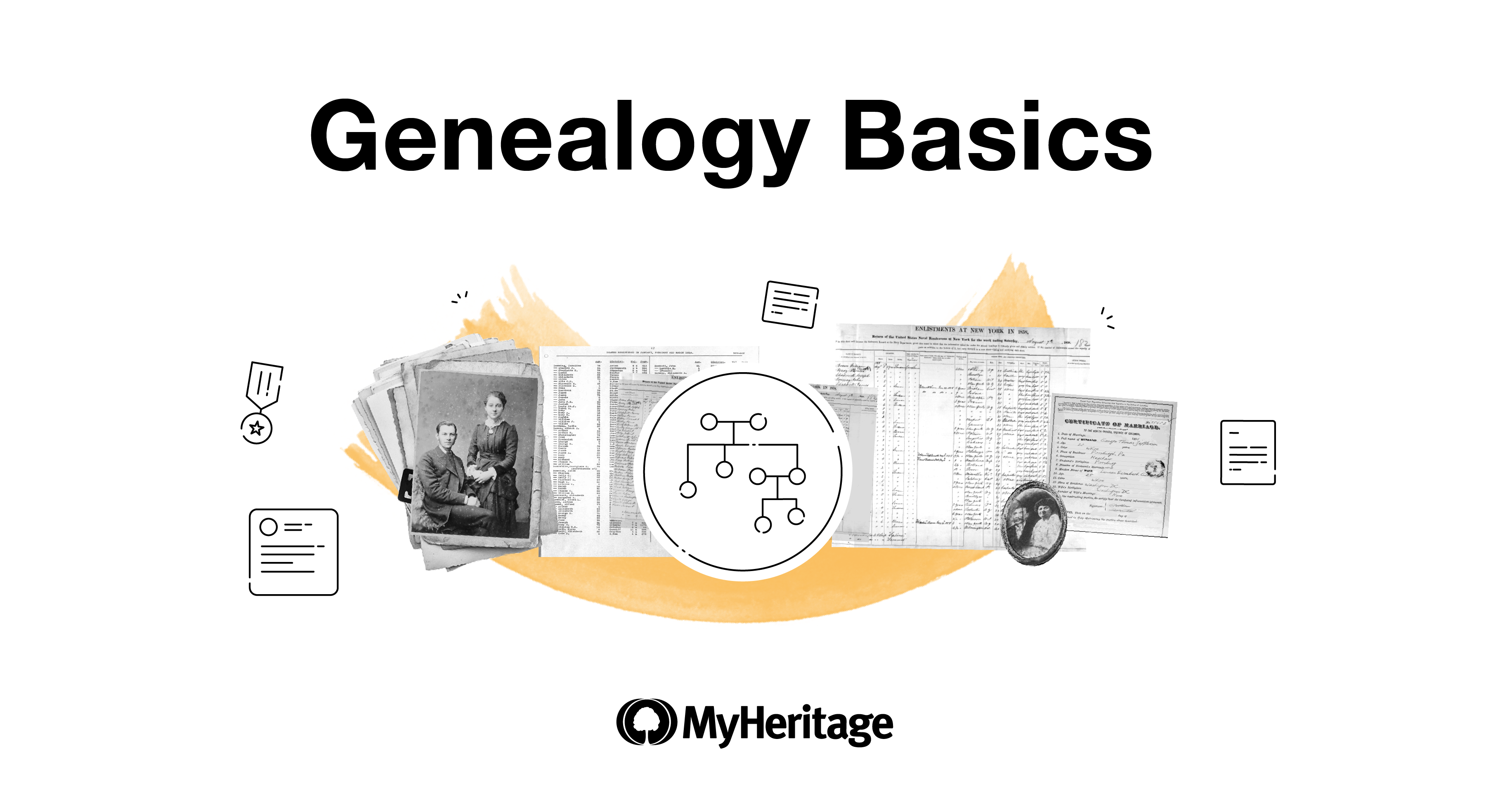