Celebrating a Blue Sapphire Wedding Anniversary With MyHeritage In Color™ 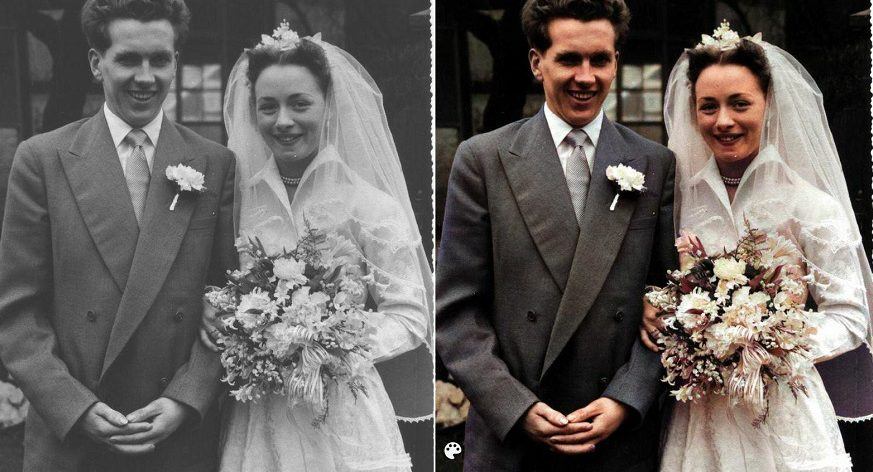 MyHeritage users from all over the globe have been letting us know how much they appreciate using MyHeritage In Color™, our automatic tool for colorizing black and white photos, especially during these trying times. One such user, Terry Reynolds, from Great Britain, took full advantage of our recent MyHeritage In Color™ campaign to surprise his family with a gift they’d never forget.

Terry is an avid genealogist. He’s traced his direct Reynolds lineage back to a Thomas Reynold from 1575 from a place called Altcar (Near Liverpool) St. Chads Church, built in the 11th century — only 7 miles from where he lives today!

After immersing himself in the wonderful world of MyHeritage In Color™, Terry realized that using this technology, he would be able to create a truly one-of-a-kind gift for his parents and in-laws. Uploading each picture individually, he colorized the full wedding albums of both his parents and his in-laws. He then had them all printed off in full color, and create new, full-color wedding albums for both sets of parents!

“The results were spectacular,” says Terry. “It made them all cry tears of joy to see these in color after all these years!” 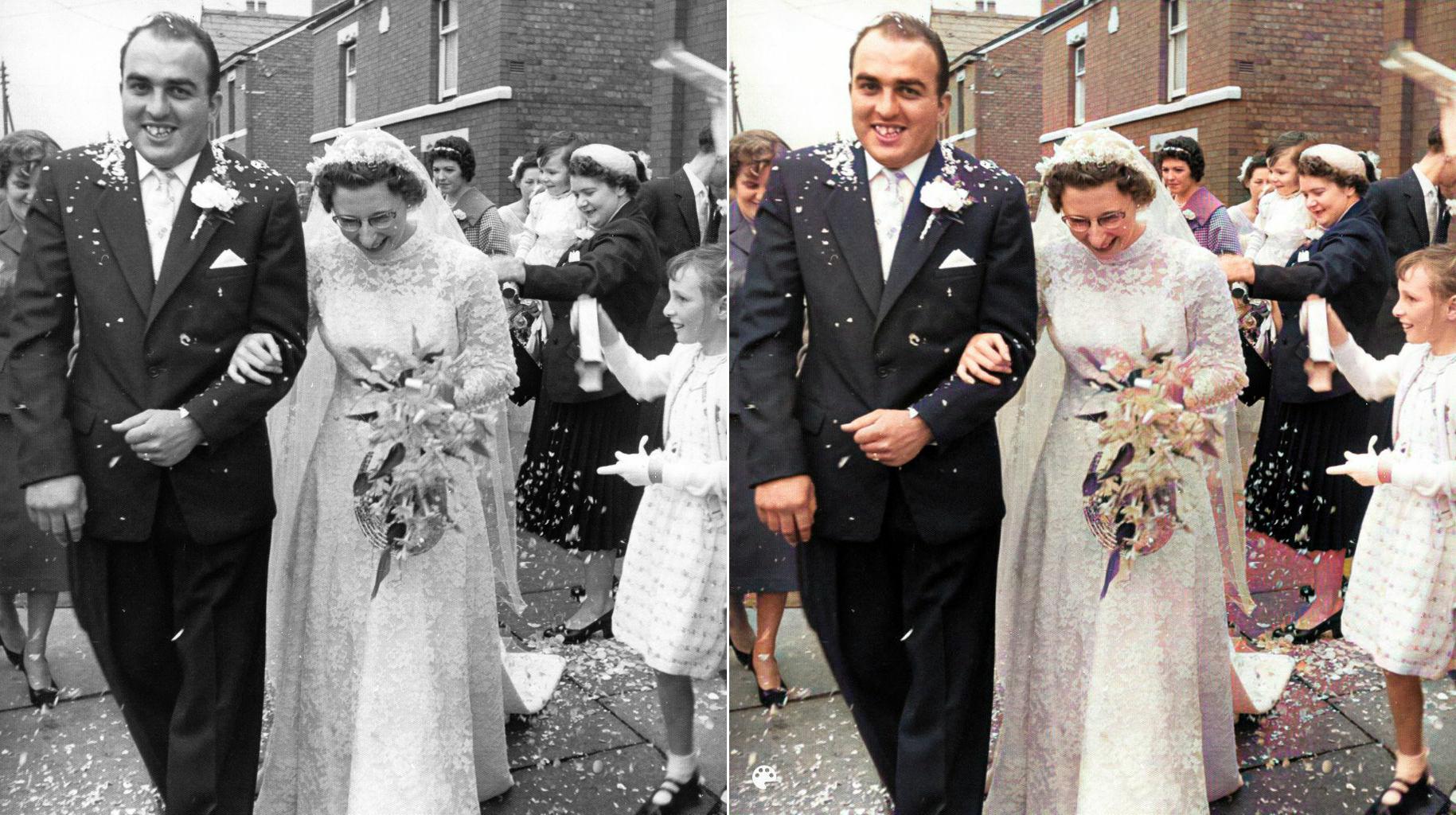 Terry’s parents are 87 and 85 years old and have been in self-isolation in their U.K. home for 13 weeks now, as they are considered to be high-risk and vulnerable. Terry had to leave the album he made for them in their car on the driveway, and they collected it later. They could not have been more delighted with his gift — especially meaningful since his parents had just celebrated their 65th wedding anniversary on April 2 of this year.

“My mum and dad had just celebrated their 65th wedding anniversary, and I presented this to them as their present from me and my wife,” says Terry. “They said the album was the best present they had ever received — including the letter they received from the Queen!” 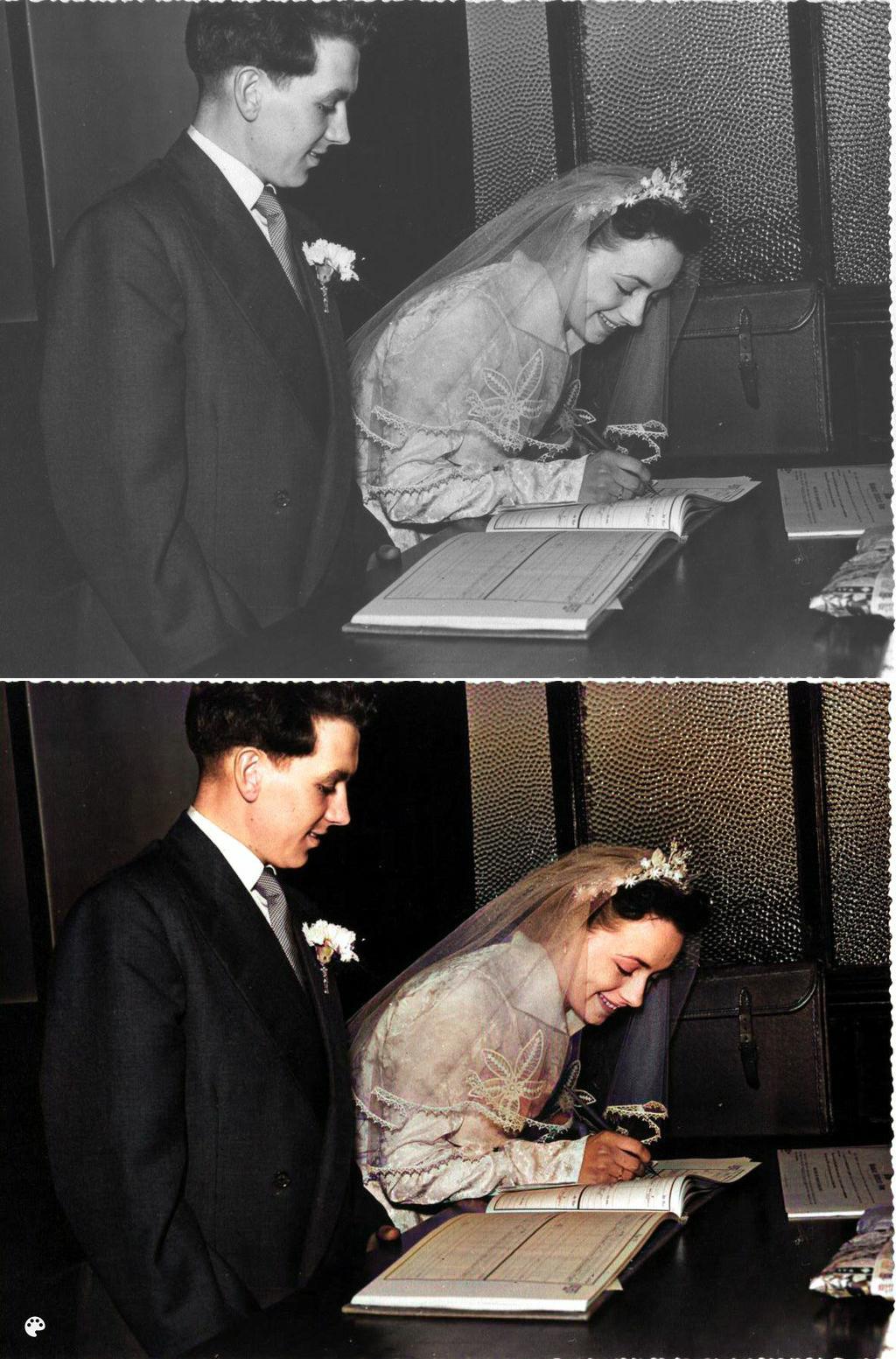 Terry has also used the automatic tool to colorize many other monumental family photos, such as this one of his Grandfather James William Reynolds III. James fought throughout the whole of the First World War, both on the Somme and at Passchendaele. Terry has received fantastic results all around and can’t praise MyHeritage In Color™ highly enough. We’re thrilled to see the feature bring such joy to our users and their families — especially when they are forced apart during these trying times. We wish Terry’s parents many more years of happiness together!