This is a guest post by genealogist James L. Tanner, a retired trial attorney from Arizona now living in Utah. He is the author of two popular genealogy blogs, Genealogy’s Star and Rejoice, and be exceeding glad. With over 30 years of genealogy experience, he currently volunteers at the Brigham Young University Family History Library in Provo, Utah.

Not too long ago, MyHeritage.com opened a major genealogical door for many researchers with its new Global Name Translation Technology. Quoting from the product announcement, “The technology automatically translates the names found in historical records and family trees from one language into another, at very high accuracy, generating all plausible translations, to facilitate matches between names in different languages.” See, New Feature: Global Name Translation™ Technology. This technology is highly beneficial because many given names and surnames have equivalents in various languages. But even with this valuable help from MyHeritage.com, it is still important to understand the basic naming patterns in the country or countries where your ancestors lived. As genealogists, if we are not acquainted with our ancestors’ naming patterns, we may not understand the documentation of birth, marriage, and even death records and fail to identify our ancestors correctly or record the information obtained properly.

Naming patterns involve the method by which children acquire their given names and family names. In most European countries today, a child receives either the paternal or maternal surname (family name) or both. Within the family unit, where surnames are used, family members are identified by having the same surname. Because this practice has become so prevalent, new researchers sometimes make the mistake of assuming that everyone with the same surname must be related. In Western European countries, the surname is usually the last name in the person’s entire, formal name. However, in China, Hungary, Japan, Korea, Madagascar, Taiwan, Vietnam, and parts of India, the family name is written as the first name of the individual. For example, Ho Ming would be Mr. Ho in English. Historically, many naming patterns followed the system of patronymics or, in some cases, matronymics; the child received the given name of the father or mother as a surname. For example, historically in Denmark, if Jens Swensen had a male child named Peder, The child’s name would be Peder Jensen. In the same patronymic system, a female child named Maria would become Maria Jensdatter. Almost every country in the world has a history of patronymics. This naming pattern was still in use in most Scandinavian countries as late as the 19th century and is still prevalent in Iceland. Some countries, such as Russia and the Ukraine, still use a modified form of patronymics as middle names.

Iceland has, what is likely, the most conservative naming patterns of any country. All first names used in Iceland must be approved by the Icelandic Naming Committee. Some parts of the United States, on the other hand, are known for their innovative and unusual given names. Spanish surnames by province of residence.

In some countries of the world, when a woman marries, she assumes her husband’s surname as her own. However traditionally, in Spanish speaking countries, women do not adopt their husband’s surname. Also, in Spanish-speaking countries, it is customary for people to have two surnames, both the paternal and maternal names are added to the given names. For example, if the person had the name Manuel Luis Ortega y Sanchez, his given names would be Manuel Luis and his paternal surname would be Ortega and his maternal surname would be Sanchez. Spanish also has “compound” surnames. An example of a compound name might be Manuel Luis Ortega y Paz y Estrella Sanchez. The two surnames would be “Ortega y Paz” and “Estrella Sanchez.” This naming pattern makes genealogical research easier than in some other countries because the mother’s maiden name is always known and both parents’ surnames are almost always preserved in the names of the children

Some families adhere to a traditional naming pattern that mandates that the first son born to the family be named after the paternal grandfather, the second son after the maternal grandfather and the third son after the father. Likewise, the first daughter was named after the maternal grandmother, the second daughter after the paternal grandmother and the third after the mother. With more children, the names were extended to the aunts and uncles. With even more children, the pattern could be extended to other relatives depending on the tradition in a particular area or country. However, in reality, these types of naming patterns seem to break down just when the genealogical researcher most needs the pattern to find the name of the parent or grandparent. But if you are able to detect such a pattern, it may help to identify a parent or other relative’s possible name.

In some countries, male children with the same name as their father are designated by a suffix indicating that relationship. In English, the designation is Junior (abbreviated Jr.). When the child was named the same as the father, the father sometimes used the designation Senior or Sr. Historically, despite this common pattern, sometimes two unrelated men in the same town were designated Jr. and Sr. based on their age rather than their relationship. In many countries when a child died at a very young age, the next child of the same gender was given the same name. In some instances, when there were multiple deaths the names were reused more than once. This naming pattern can be confusing to researchers because it is hard to tell if there were multiple children or just a mistake in recording birth dates.

Most researchers would love to have families where all of the children and the parents had unusual names. Countries, such as Wales and the Scandinavian countries, reused the same given names over and over again and have extremely common surnames. I found this for the first time when I was investigating one of my ancestors named Jens Jensenfrom Denmark. I found a roll of microfilm in the Family History Library that had, at least, 20,000 men all with the same name: Jens Jensen. I hope you have better luck than I did in finding your ancestors.

Common names can be a challenge at any level of genealogical research. In English, the names such as John, Henry, David, and William are extremely common and if coupled with a common surname, identifying the John Smith or Henry Jones in your ancestry can be extremely difficult. The best solution to this research problem is to focus more on the location of the ancestor rather than the name. By focusing on a very specific location, the number of similarly named individuals can be dramatically reduced. In Scandinavian countries and others with similar naming patterns, it may be necessary to research locations to the extent of determining the exact house where the ancestor lived. Usually, census records give the location where the family was living and can help in differentiating between individuals with the same or similar names.

Many people, as they start out with research into their family, believe that their own name or family names are unique. Until I had done a lot of research, I believed that the surnames Oversen and Wessman were uncommon. As I did more research, I discovered that both surnames were quite common. Discovering naming patterns of both given and surnames can become a valuable research tool and may give you some valuable insight into your family that is neither obvious nor easily discovered in any other way. 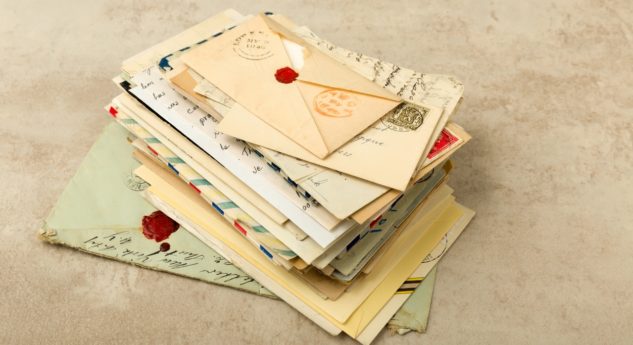