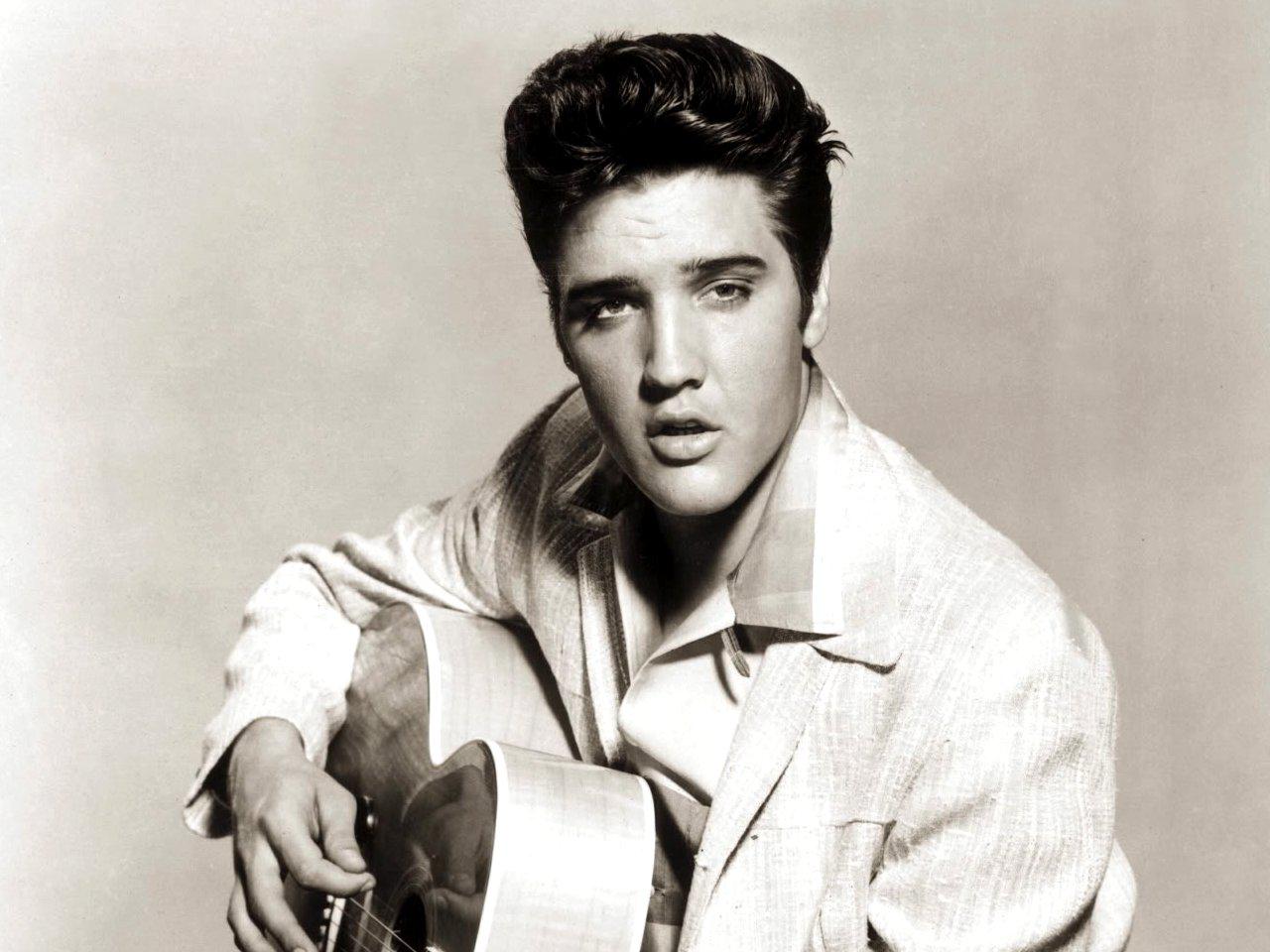 Elvis Aaron Presley was born January 8, 1935, to Vernon and Gladys in Tupelo, Mississippi. Gladys was carrying twins, but Elvis’s older brother was still-born 35 minutes before his delivery.

According to his Wikipedia entry, “Presley’s ancestry was primarily a Western European mix: On his mother’s side, he was Scots-Irish, with some French Norman; one of Gladys’s great-great-grandmothers was Cherokee. His father’s forebears were of Scottish or German origin.”

On the German side of the family, Elvis’s ancestor, Johann Valentin Pressler, a winegrower, immigrated to the US and settled with his wife and five children in New York. He then moved with his family to the south (where Elvis was born). The name Pressler – also Preslar, Preßler and Bressler – has changed with the time and was adapted into English to Presley.

The origin of the surname Presley is not clear. Some say that it originates from Brezel (Pretzel), which is quite popular in Pfalz, Germany.

According to some genealogists, Elvis is related to both Oprah Winfrey and Jimmy Carter. 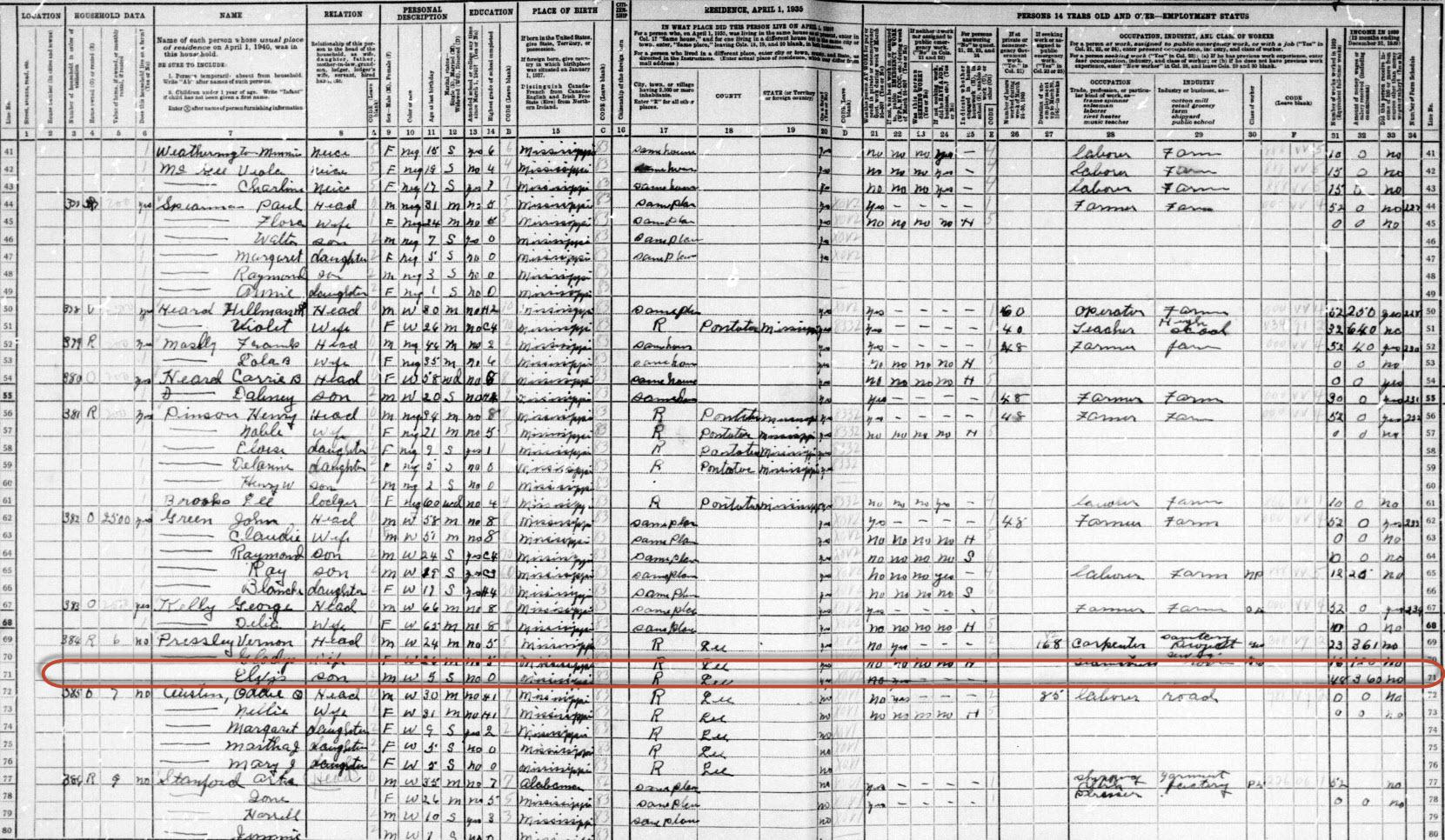 On July 5, 1954, Elvis got his lucky break. After a recording session at Sun Records, boss Sam Phillips was ready to call it a day. Elvis hadn’t performed well enough to keep Sam’s interest. Just then, Elvis picked up a guitar and started playing a 1946 blues song, with his unique dancing style and trademarked vocal style. The combination of these elements won Sam over.  The song was recorded and played on the radio, with a great reception.

This began his career that would lead to international fame, super-stardom and general celebrity life. Numerous international hits included “Jailhouse Rock,” “Love Me Tender,” “Are You Lonesome Tonight,” and “Suspicious Minds.” Twenty Elvis albums reached number one on the charts and his concerts were sell-outs.

His fame, like that of so many celebrities, took a toll on his family life.

Elvis married Priscilla Beaulieu on May 1, 1967. Priscilla also has interesting ancestry. Her grandfather, Albert Henry Iversen, emigrated from Norway to the US in the early 1900s and had three children,  Albert Jr., James and Anna (who later became known as Ann). Ann, at 19, gave birth to Priscilla. Priscilla’s parents then visited family members in Norway in 1992

His daughter and only child, Lisa Marie Presley, was born nine months later. In 1972, they divorced, and Lisa Marie grew up between Graceland (Elvis’s famous home) and Beverly Hills, where her mother lived. Lisa Marie, daughter of “the king”, would later become the wife of her generation’s musical king, Michael Jackson.

Towards the end of his life, his health deteriorated and he was found dead in his bathroom on August 16, 1977.

Elvis will forever be remembered for his music. His unique voice and dance moves are still copied today by Elvis impersonators around the world. Here’s a recording of his first single – “Heartbreak Hotel” – from 1956.

What’s your favorite Elvis memory or song? Did you ever see him perform live? Let us know in the comments below. 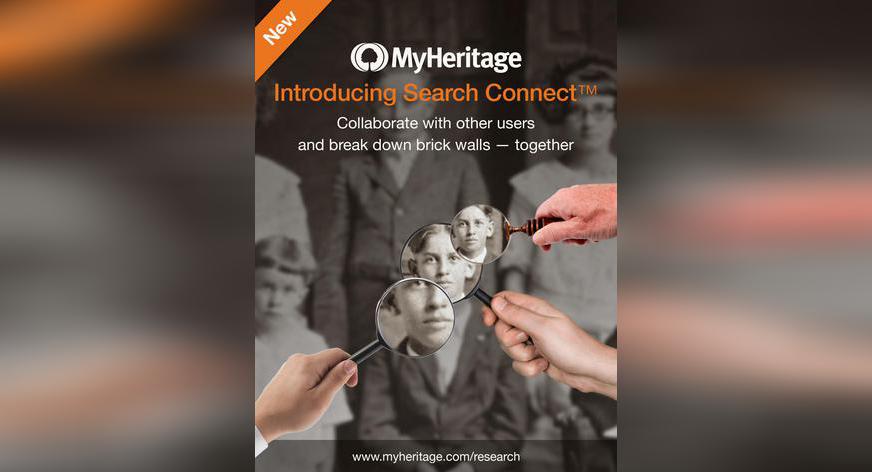