Zooming In on a Stunningly Hi-Res Photo from Imperial Russia 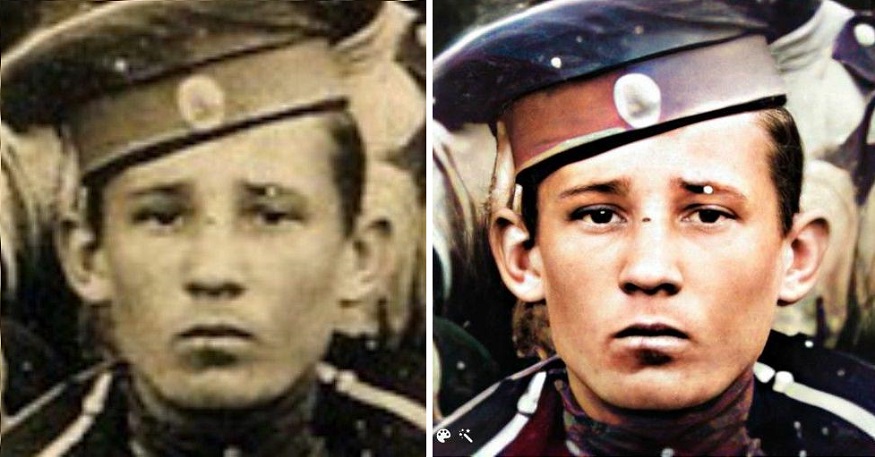 In 2006, an old photo became a sensation on online Russian photography forums. The photo, dated somewhere between 1903–1909, features an entire regiment from the Imperial Russian Army — around 1,200 soldiers — in astonishingly high resolution. Click here to see the full-resolution image.

These are the soldiers of the Kexholm Guard Infantry Regiment stationed in Warsaw during the first decade of the 20th century — before the outbreak of World War I and the Russian Revolution. What’s particularly remarkable about this photo is the level of detail that is visible: facial features, army insignia, even the buttons on the uniforms can be clearly seen. 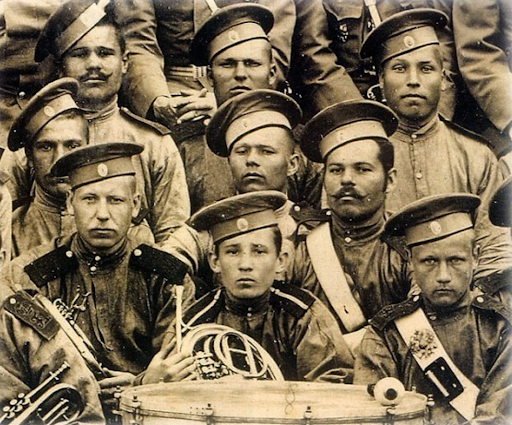 Detail from the photograph

How the photo was discovered

Little is known about how or why this photo was taken, but what we know is this: the print was discovered in the late 70s in the city of Kalinin (Tver today), when a police officer who happened to love photography stumbled across it while investigating the scene of a home robbery. The homeowner made note that the officer had taken interest in it, and when the criminals were caught and the stolen property returned, he gave the officer that photo as a token of his gratitude. The officer gave the photo to a local photography club, and in 1986, the club donated it to a museum. From there it made its way to the photographer’s union offices, and there it stayed, just one of many historical photographs adorning the office walls.

It rose from obscurity only when published in a book called Fotomaster by Svetlana Pozharska in 2006. Someone scanned it and uploaded it to the internet, and it quickly captured the attention of photography enthusiasts.

What camera was used to take the photo?

The prevailing theory was that it was taken using Lawrence’s camera, a gigantic camera built in the late 1800’s. His largest Camera, called the Mammoth, was constructed in 1900 on commission by the Chicago & Alton Railway to photograph their new Luxury Train. At the time, to capture such a large object in detail, a very large camera was needed. The Mammoth was able to hold an 8’x4.5′ photo plate, which successfully took an enormous photo of the train. Photographer George R. Lawrence designed his own large-format cameras such as this one

Lawrence’s camera was located in the United States and would have been a nightmare to get to Warsaw — it weighed 640 kg (1,410 lbs.) and needed a special train car to transport it. The transportation of such a camera would surely have been a significant event, but there is no trace of it in historical records.

We asked historical photo expert Maureen Taylor (a.k.a. the Photo Detective) for her take. According to Maureen, this photo could not have been taken by Lawrence’s camera.

She believes that the sides might have been trimmed from the final image. “Some panoramic photos are a 2:1 ratio and that is about the dimensions of the print,” she explained.

The Kexholm Guard Infantry Regiment, also known as the Emperor of Austria’s Kexholmsky Life-guards Regiment, was a regiment in the Imperial Russian Army stationed in Warsaw from 1865 onward. During World War I — about 10 years after this photo was taken — it was part of the Third (Warsaw) Guard Infantry Division. Many of the soldiers pictured here later fought against the Bolsheviks during the Russian Revolution. Some died in the fighting, while some continued living in the area, and others left and spent the remainder of their lives in other countries — such as the United States.

A special scaffolding was likely built for the soldiers to stand on so this photo could be taken.

A closer look with the Photo Enhancer

While the resolution on this photo is truly remarkable, MyHeritage’s groundbreaking Photo Enhancer takes the degree of detail up a level.

Here are some enhanced and colorized photos of some of the soldiers from the lineup:

Want to see your own ancestors in high resolution? Try the Photo Enhancer now! 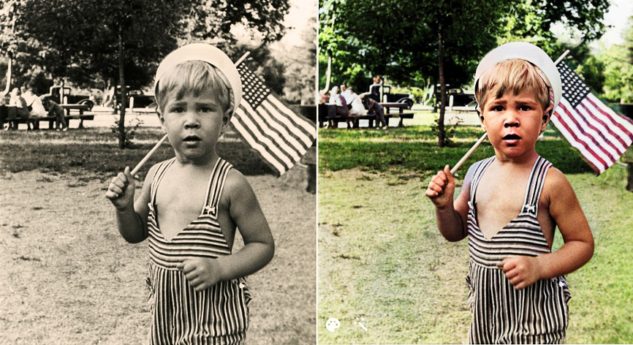