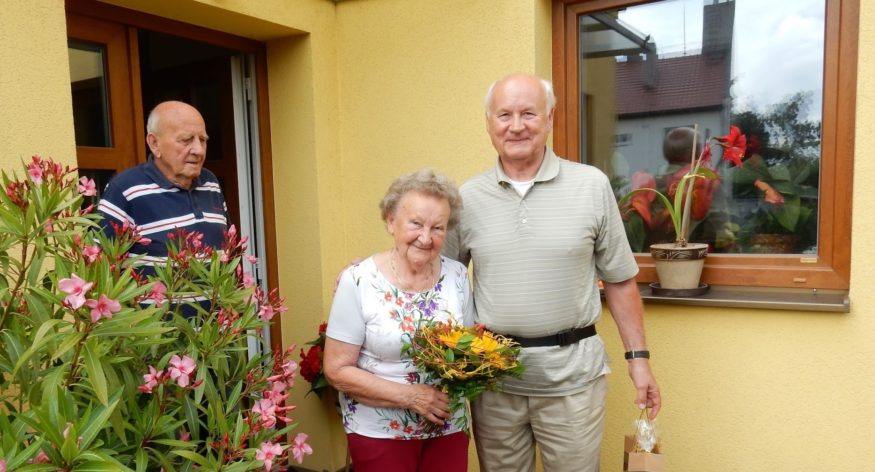 This is a guest post sent to us by Ludmila Benová, a MyHeritage user who wanted to share an amazing discovery she made with us.

I’d like to share with you how MyHeritage helped my Grandma find her siblings — brothers she wasn’t aware of until she was 86!

My Grandma, Květoslava Bechyňová, maiden name Štiková, was born in 1930 in the Czech Republic and grew up as an only child to a single mom. At the time, my great-grandmother, Julie Tichá, born Štiková, worked as a house servant for a wealthy family in Prague. It must have been an extremely difficult time in the ’30s of the last century in central Europe, especially as a single mom.

Julie Tichá (born Štiková) in front of Hotel Hubertus in Lány (CZ), around 1945. Julie and her husband were managing the hotel between 1937 and 1948 when the property was expropriated by the Czech communist party.

My Grandma was brought up largely in her grandmother’s house, as her mom was working to earn enough money for the family to live on. Luckily, she always seemed to have work, and later on, she also married an amazing man.

Květoslava’s marriage with Antonín Bechyně in 1949

My grandmother didn’t know her biological father and she never looked for him. When she turned 7, she met her new stepfather, who truly loved her. She never felt the need to search for her biological father. However, as a child, she did overhear her aunts mentioning his name, Emanuel Lukšíček, when they were chatting.

Emanuel Lukšíček as a young man

The years passed, and she married and had 2 children and 4 grandchildren (1 of whom is me!). When she was already a grandmother and all her older relatives had passed away, she shared the name of her biological father with her curious kids and grandchildren, myself included. We sort of expected that the name would be connected with the family her mom was working for at the time she got pregnant. The family was Jewish, and unfortunately, they disappeared during WWII. But the truth turned out to be surprisingly different.

I really wanted to find my great-grandfather, Emanuel, so I searched for him online. In the summer of 2015, I searched different websites and databases including MyHeritage but with no luck. After a couple of unsuccessful tries, I gave up and abandoned my quest.

About 9 months later, I got a message in my MyHeritage inbox from a Karel Lukšíček. The message was very short, asking me what relationship I had to the name I looked up about 9 months ago.

I started to communicate with Karel, and quickly learned that he might be my grandmother’s half-brother. He is also a MyHeritage website user, and as the family genealogist, he takes care of his family tree.

At the very beginning, my grandmother was very cautious and she didn’t want to believe it. A few weeks later, the 2 met, and it was immediately obvious that they are related. The resemblance is striking! The 2 then took DNA tests to confirm their relationship… and it was true! At the age of 86, my Grandma found a part of her family that she had never searched for, but welcomed enthusiastically — two half-brothers and their families.

Thanks to the new relatives we discovered, we were able to put together most of the pieces of the story that led to my Grandma’s birth. And the story turned out to be quite different from what we expected.

My great-grandfather didn’t belong to the employer’s family — he actually worked in their furrier’s workshop. They were both 21 when my great-grandmother got pregnant. We don’t know how long or involved their relationship was.

The only missing piece that we still don’t know for sure is whether or not my grandmother’s biological father knew about her. This may remain a mystery…

Thanks to the MyHeritage website, this year my Grandma shared a joyful Christmas with her new relatives for the third time, and next Summer they will celebrate her 90th birthday together!

Here’s a picture of my Grandma Květa and her newfound half-brother Karel when they first met at my Grandma’s place in 2016. You can see there is no doubt they are brother and sister! 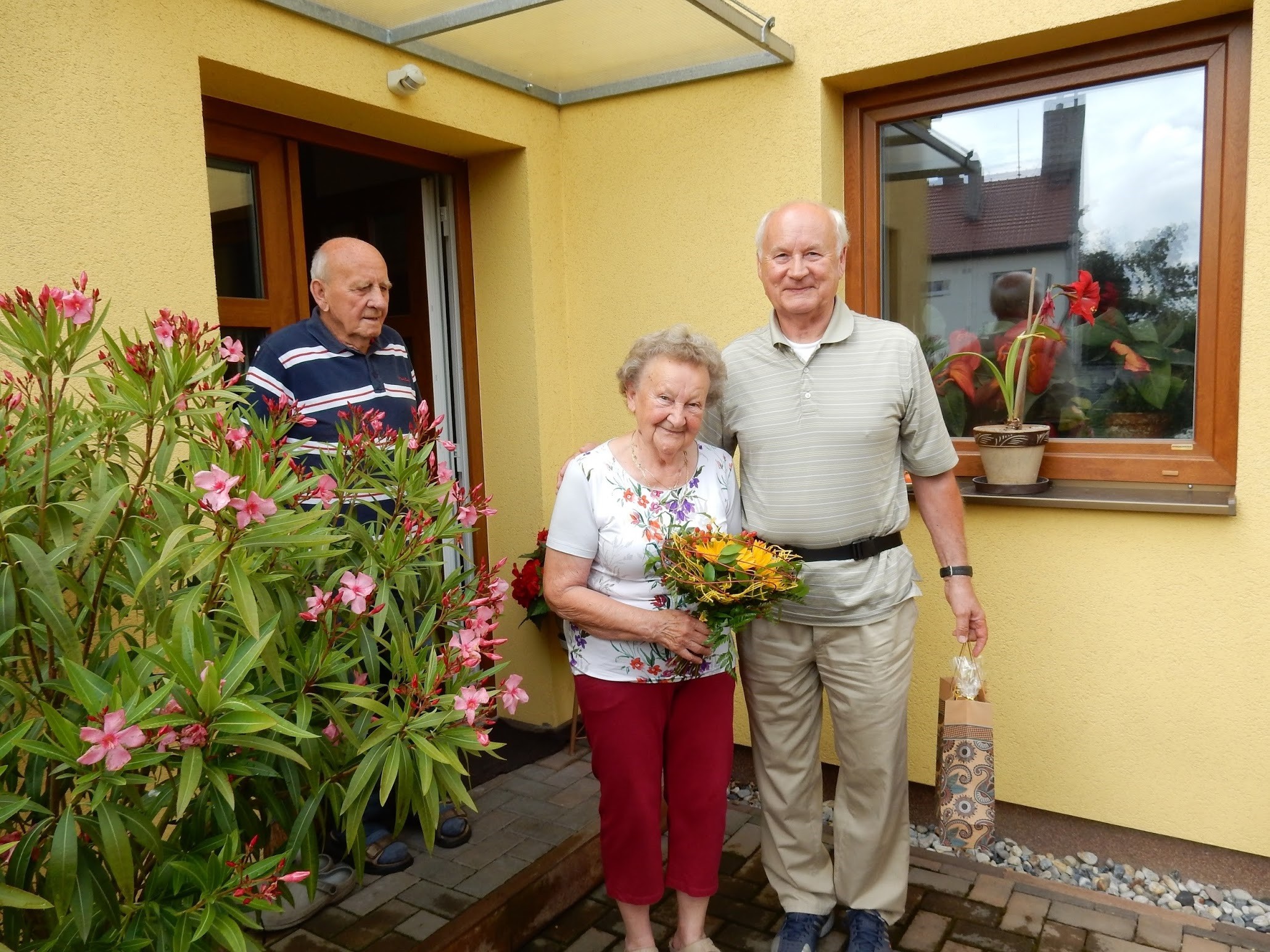