They’ve competed side by side in the world’s toughest football matches to bring honor to their flag and glory to their nation. Brazilian national icons Emerson, Aldair, and Amoroso tested their DNA with MyHeritage to learn about their unique mixes and see if there’s more to their team spirit than meets the eye.

The three players each took a MyHeritage DNA test to discover their origins. Although they were all born in Brazil, modern Brazil comprises a mosaic of different cultures with origins in Spain, Portugal, Italy, North and West Africa, and North and West Europe as well as the indigenous cultures of central and South America. They weren’t sure what to expect from their results. Emerson Ferreira da Rosa, known as Emerson, is a Brazilian footballer who currently plays for Miami Dade FC as a defensive midfielder. Over the years, Emerson has played for two Brazilian clubs, Grêmio and Santos, as well as several European clubs and the Brazilian national team. His results showed that his roots are strongest in North and West Europe, with 28.8% of his DNA originating from the region. Emerson learned that although he has played for Germany in the past, France and the Netherlands are also in his DNA.
His next highest ethnicity was 23.4% Mesoamerican and Andean, revealing that he descends from the Maya people of Mesoamerica, and the Quechua, Chibcha, and Aymara peoples of South America.
His DNA results also revealed that he is 15.2% Kenyan. Emerson also has 284 DNA Matches on MyHeritage, 60 of whom live in the U.S., 58 in Brazil, and 15 in France, and even one in Israel! Perhaps Emerson will visit his newfound family during his stay in Israel! Aldair Nascimento dos Santos, known as Aldair, is a retired Brazilian footballer who played as a defender on the Brazilian national team. Some of the surprises in Aldair’s Ethnicity Estimate include 15.1% Mesoamerican and Andean DNA, and 14.5% Iberian DNA.

He also found out he has a drop of Ashkenazi Jewish origins, which he says was a huge surprise. Who knows, maybe he will extend his stay in Israel to explore his Jewish connection. Márcio Amoroso dos Santos is a former Brazilian footballer who played as a forward, and on occasion as an attacking midfielder, representing Brazil as well as several teams in Japan, Italy, Germany, Spain, and Greece. It’s fitting that Amoroso has played on so many teams around the world, as his results revealed that of the 3 players, his ethnic makeup is the most diverse, including 11 different ethnicities!

Amoroso also has the greatest percentage of Iberian DNA (roots in the Iberian Peninsula — Spain and Portugal) and was also the only player of the three to have Italian origins.

“I imagined [that I have Italian DNA]. I’ve always liked good wine, pizza, and spaghetti!” Amoroso has 217 DNA Matches from around the world, the majority of whom reside in Brazil.

Emerson, Aldair, and Amoroso have ventured to Israel to support a meaningful cause — the Shalom Game, where Israel’s top football legends will face off against Brazil’s top football legends. The name of the game, Shalom, means peace, and underscores the many ways that football crosses cultural divides and brings people from different backgrounds together.
The players enjoyed their experience with MyHeritage DNA and were eager to learn about their family origins. They each uncovered some interesting surprises, helping them peel back the layers of what makes them who they are.

While all three have represented Brazil, each one of them comes from a diverse mix of backgrounds that reflects the journey of their ancestors throughout history, connecting them to people and places across the globe.

What’s your unique mix? Order your MyHeritage DNA kit today to find out! 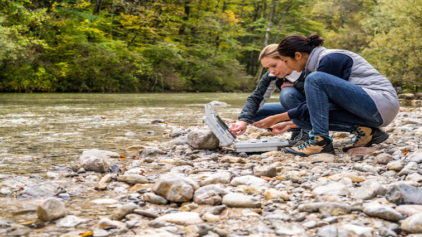