Half-Siblings Reunite Thanks to MyHeritage DNA 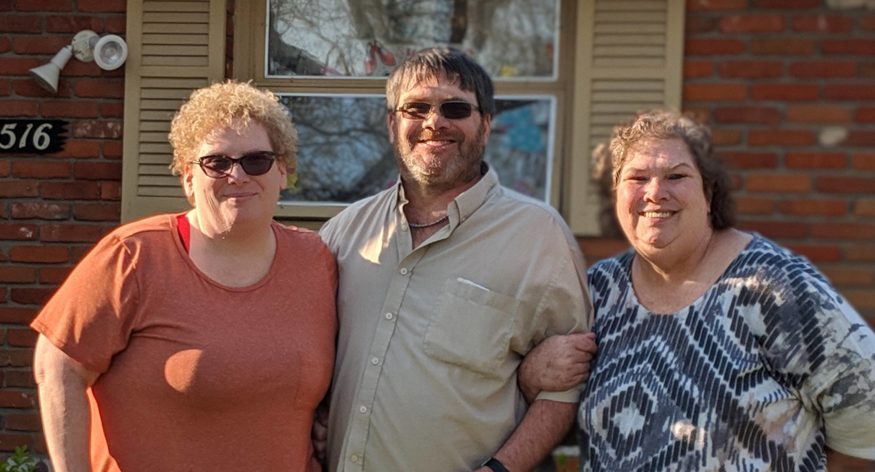 Terry Keith, 54, from Pleasant Hill, Missouri, USA, received the surprise of a lifetime when a MyHeritage DNA test revealed not one, but two half-sisters he never knew about. Ever since he’s been fortunate enough to reconnect with his newly discovered biological family, he can’t imagine life any other way.

It all began when Terry’s daughter Tari decided to take a MyHeritage DNA test to learn more about her family history. She was surprised to receive close matches to a family that no one recognized. That same family reached out to her, and she immediately called her father to share the incredible news. Terry was amazed.

My daughter told me: They’re saying this woman would be your sister and I said, well, that was wild… I had no idea. I had no idea whatsoever. So I was kind of in shock.

Kimmie was also shocked to learn that she has a possible half-brother and a niece. She wanted to be sure, and so she also took a MyHeritage DNA test. After the test confirmed the relationship, Kimmie immediately made contact with their new half-brother, Terry.

Neither Kimmie nor Terry were raised by their biological father. Kimmie didn’t meet him until she was 16, so there were many gaps in what they knew about him.

Getting to Know You

The siblings video-chatted and, although it was overwhelming for all, they enjoyed getting to know one another. Kimmie began the phone call saying “Hey, brother, how are you? Good to see you.” The conversation flowed and it felt as if they have known each other their whole lives.

Incidentally, they discovered that Terry was raised in Topeka, Kansas, and lived quite close to his sisters without knowing it. When they all connected on Facebook, they discovered that they had many mutual friends! Additionally, Terry and Kimmie’s daughters had also been neighbors. They couldn’t believe all the coincidences.

Terry and Kimmie met on Thanksgiving when Kimmie hosted Terry at her home. They also spent Christmas together. Kimmie was overwhelmed by the similarities between the two:

Terry and I are like identical in every way. All my kids adore him. My kids look like his kids. Terry has five kids, I have three. My grandchildren look like him and his family. Terry and I talk every day on the phone. And we just make all kinds of plans for the future. It’s so beautiful.

Terry also remarked how fascinating it was to find out the similarities between them:

We have a lot of the same characteristics. There are some ways that we are different. She’s left-handed and I’m right-handed. She’s a Democrat, I’m a Republican, and I said well, you know, nobody’s perfect.

At the end of January, the family celebrated their reunion with a large gathering attended by all three siblings and their children.

They feel blessed to have found each other and they’re grateful for the opportunities they will now have together, going forward.