The Joy of Red Hair Two of my best friends from childhood, Elizabeth and Rachel, were redheads. I was extremely jealous and wanted my hair to be red, too — not only because of the beautiful color but also because it was so unique. Red is the rarest hair color found in humans: only 1–2% of the population has it.

Elizabeth was the only redhead in her family. It was so striking that after she was born, her mother started dyeing her own hair red so people would stop asking her if Elizabeth was really her daughter.

Rachel, on the other hand, came from a whole family of redheads — just like the Weasleys in Harry Potter.

How could it be that Elizabeth had red hair while no one else in her family did?

What Are the Roots of Red Hair?

Hair gets its color from natural pigments produced by the body called melanin. When the body produces a high level of a pigment called pheomelanin — which has a pink or reddish hue — and low levels of the dark pigment eumelanin, the result is red hair.

So what causes a redhead’s body to produce different levels of pheomelanin and eumelanin than a non-redhead’s? We don’t know exactly, but scientists have found that it’s related to a genetic mutation of the melanocortin 1 receptor (MC1R). MC1R is the key protein involved in determining hair and skin color, and it’s located on chromosome 16. The mutation results in a recessive gene for red hair.

The fact that it’s recessive means that you might actually have the redhead gene and never know it. In order for a person to have red hair, they must inherit the mutation from both of their parents on both copies of the chromosome. Even when a person inherits the recessive gene from both parents, it doesn’t always mean that they’ll have red hair.

This explains why Elizabeth was the lone carrot-top in her family. The redhead gene often skips generations, just like blue eyes. Her parents and grandparents probably carried only one copy of the recessive gene, so none of them had red hair.

Rachel’s parents, on the other hand, both had red hair, which meant that Rachel and all of her siblings inherited the redhead gene from both sides. Interestingly, not all of them had the same shade of red hair. Her brothers’ hair was flaming red, while hers was more of a strawberry blonde, and her sister’s was more auburn.

You may have heard that there are more redheads in Ireland than anywhere else in the world. If you’re looking at sheer numbers, the U.S. has more redheads than anywhere else: somewhere between 6–18 million! But Ireland has the highest concentration of redheads: 10% of the Irish population has red hair, versus 2–6% of the U.S. population. Red hair is also prevalent in Scotland, Russia, and other countries on the fringes of northern and western Europe, as well as among Ashkenazi Jews. By contrast, red hair is very rare in Asia and sub-Saharan Africa.

Why are there fewer redheads close to the equator? The answer is genetic selection: the genetic mutation that causes red hair (the “redhead gene”) is also associated with other traits that make it easier to survive and stay healthy in colder climates.

Redheads’ low eumelanin levels can also make their skin very fair — and unable to tan. The upside is that fair skin is more efficient at producing vitamin D, which means that people with red hair don’t need as much sun. The downside is that they sunburn easily and are more susceptible to skin cancers.

When the skin can’t tan to protect itself from UV rays, it often freckles instead, which is why so many redheads also have freckles. There is no scientific evidence of a connection between hair color and personality, but the stereotype that redheads have quick tempers and sharp tongues goes back centuries. Before the era of modern medicine, Europeans believed that physical traits were related to personality types, and red hair was associated with the sanguine, or optimistic temperament. People with this personality type were believed to be talkative, energetic, social, and risk-taking. In the traditional Indian medicinal practice of Ayurveda, red hair was associated with the Pitta temperament, which is characterized as fiery.

Unfortunately, there have also been some harmful negative stereotypes about redheads throughout history. In medieval times, people thought that red hair and green eyes were the sign of a witch, a werewolf, or a vampire. Red hair was also associated with Jewish people — and subsequently, with anti-semitic stereotypes — in medieval art and literature. Shakespeare’s Shylock had red hair, as did Dickens’s Fagin. Judas Iscariot was often depicted with red hair in Spanish and Italian art. Redheads were persecuted as Jews or as witches because of these associations.

Thankfully, these days, red hair is admired more than it is feared or hated. Redheads everywhere feel a certain solidarity thanks to the unique and beautiful shade of their hair. There’s even a convention in the Netherlands called Redhead Day, where redheads from all over the world gather for special activities and events. The festival is just one way to celebrate the presence of the redhead gene in your family.

Do you have any special redheads in your life? Tell us in the comments! 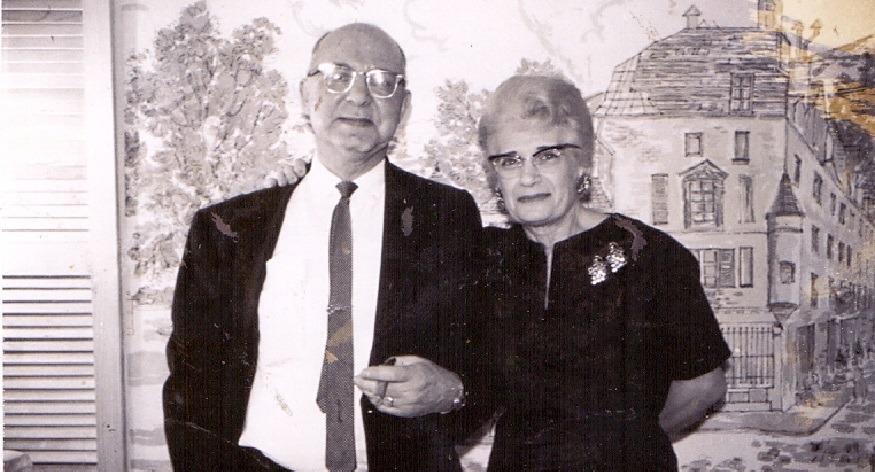