Do You Have a Family Photo From a Historic Event? Share It with Us Our ancestors lived through many extraordinary events in world history, from wars and disasters to great feats of scientific and technological achievement. You likely had an ancestor who remembered the sinking of the Titanic, or participated in the VE Day celebrations at the conclusion of World War II, or was watching on TV as Neil Armstrong took his first steps on the moon. History is the story of the entire human race, and all of our ancestors had a role.

We’re looking for photos that capture a personal experience of historic events: personal family photographs, owned by your family, of critical moments in history. Maybe your ancestor lived next door to someone who later became a famous politician or movie star, and you have a photo of the two of them hanging out together as kids. Or maybe your ancestor attended a rally or concert that became world-famous and snapped a photo with their own camera.

A great example of this kind of photo is the following, which we included in our post about V-E Day photos from around the world: 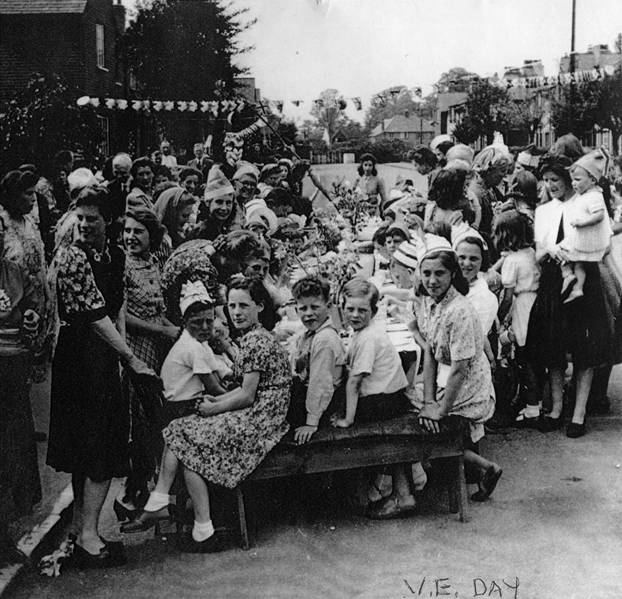 MyHeritage user Marilyn Byford discovered this photo among her mother’s things after she died. It shows Marilyn as a baby, held by her mother Grace, attending a V-E Day party in Essex, U.K.

If you have a photo like this in your family, whether you found it languishing in a box in the attic or framed and given a place of honor on the mantelpiece — we want to see it and hear the story behind it! Please send it to us using our Share Your Story form.