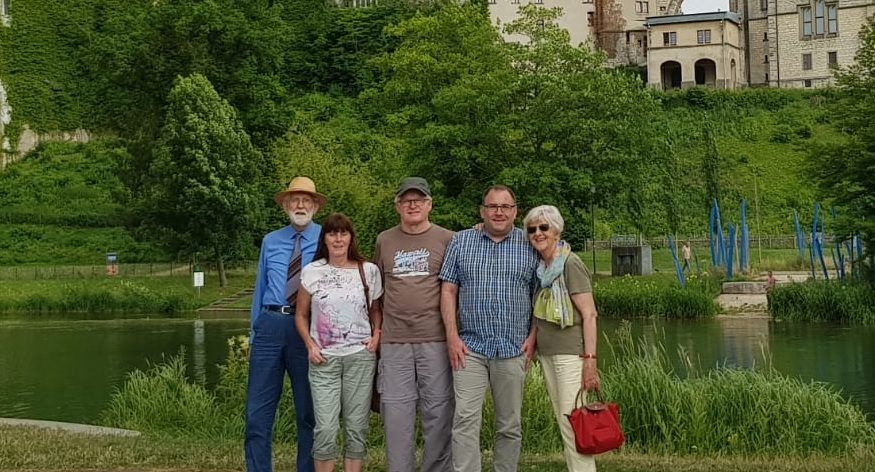 Johannes was adopted as a child and grew up in Germany. When he was 20, he decided to try to contact his biological mother.

I tried to get in touch with her, wrote her a letter with my picture, but she sent my letter back and wrote that she didn’t want to have contact with me.

He says this was partly because his birth mother’s life partner, at the time, did not know about Johannes.

One time I saw my grandmother, shortly before she died. Then I had no contact with my biological family for 25 years. I thought that would be it.

Johannes’s birth father was not mentioned on his birth certificate, and he had no further information about him.

Hoping to learn more about where he was from and to find his father’s family, he took a MyHeritage DNA test. When his results came in, he was contacted by a woman who was a 6.7% match: a first cousin once-removed (the daughter of his maternal grandfather’s brother) who lives in Japan. She had never heard of Johannes, but together they were able to connect the dots. She introduced him to her half-sister, who lives in Colorado, USA, and another sister who in Germany, like Johannes.

Johannes recently met his first cousin once-removed and her husband, who live in Germany. From left: Johannes’ adoptive father, his cousin, her husband, Johannes, and his adoptive mother.

She also informed him that Johannes’s grandfather was no longer alive, but his brother was — and he also lives in Germany! They live 700 km apart, and recently met. From left: Johannes’s great-uncle, and Johannes

“I am so happy to have a real relative who is so nice,” says Johannes. “I am very touched and never expected it. Hopefully, I will be able to get to know more family members in the near future.”