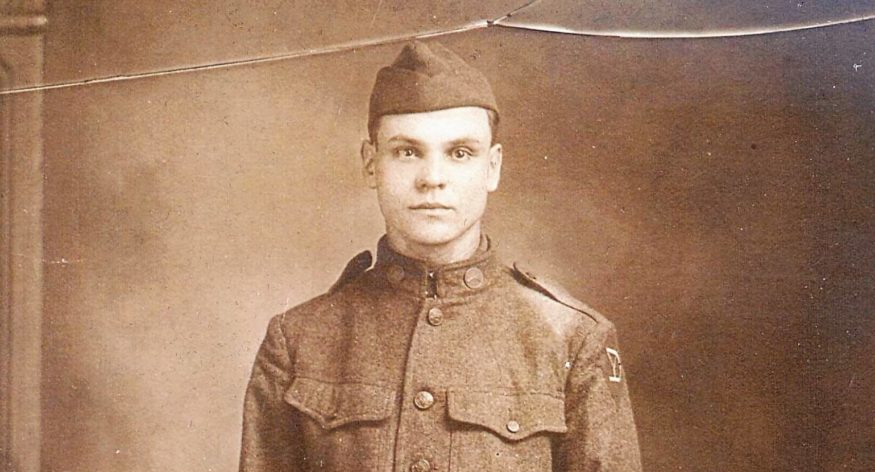 One thing that binds families together is similar physical traits. While we each share some characteristics with family members, we each have a unique combination of features. That’s what makes it even more remarkable when one specific trait is outwardly obvious and has been passed down to many members of the same family.

MyHeritage user Mary Somerville was able to trace a physical trait in her family back further than she thought possible, thanks to historical records at MyHeritage.

Mary, 64, from Georgetown, Kentucky, became interested in family history from a young age because her parents valued the importance of family and cherished many family heirlooms. They weren’t expensive items, but rather sentimental ones. Some favorites are her grandfather’s WWI helmet and gas mask, and the original telegram her great-grandmother received when he was lost in action in France, old family photographs, and her grandmother’s three-foot braid of hair cut off around 1910. There are many more, each telling its own story about the family’s past. 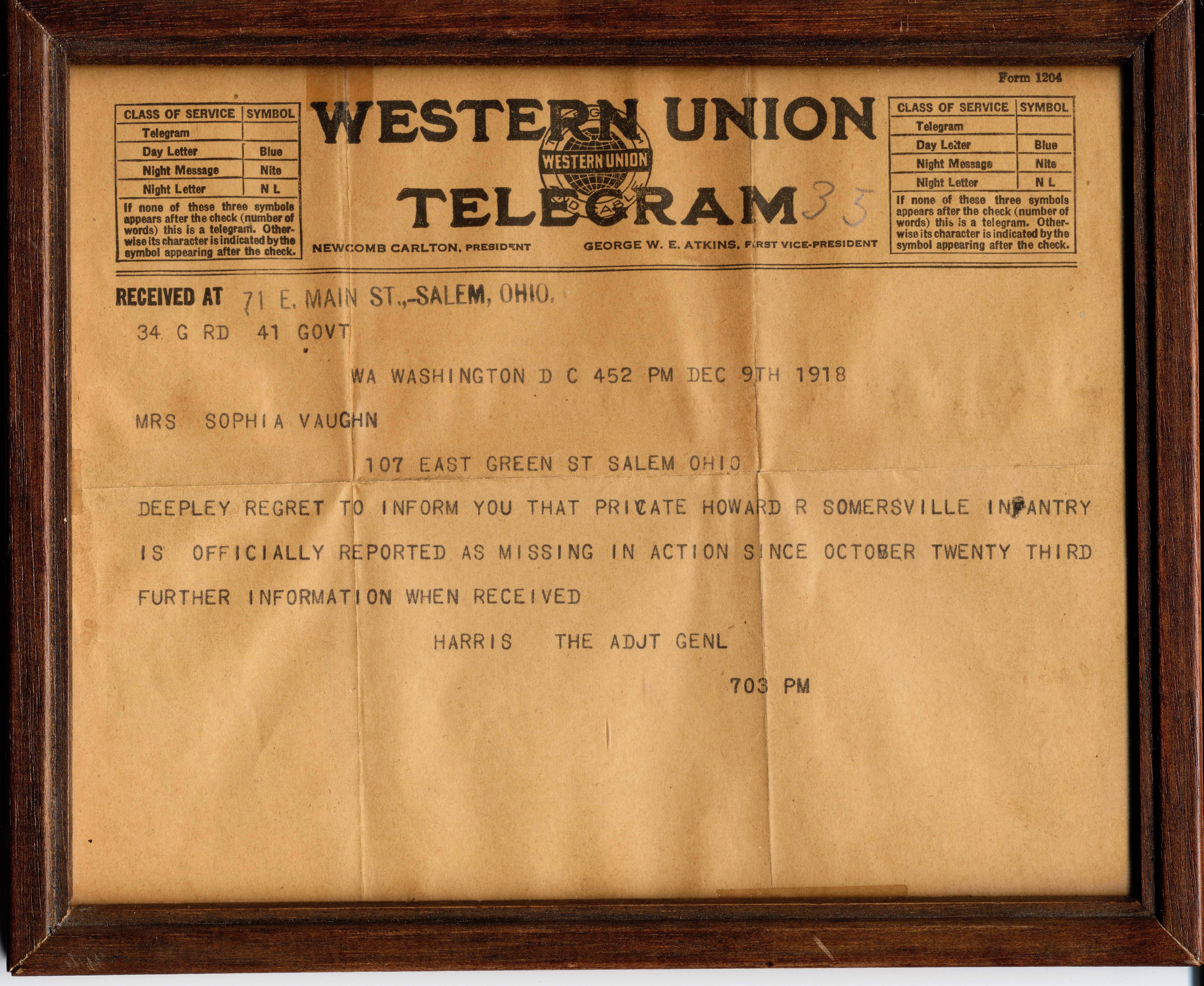 Telegram sent to Sophia Vaughn regarding her son who was reported as missing in action.

In Mary’s family, many of her relatives have prominently webbed fingers. Her brother, niece, son, and several other relatives all have the same distinction.

While researching her mother’s ancestors, Mary came across her great-grandfather Kirben Kibler’s WWII draft registration card and registrar’s report. The family was shocked to see what was written under the section for the registrants’ physical attributes, in the part for “Other obvious physical characteristics that will aid in identification.” 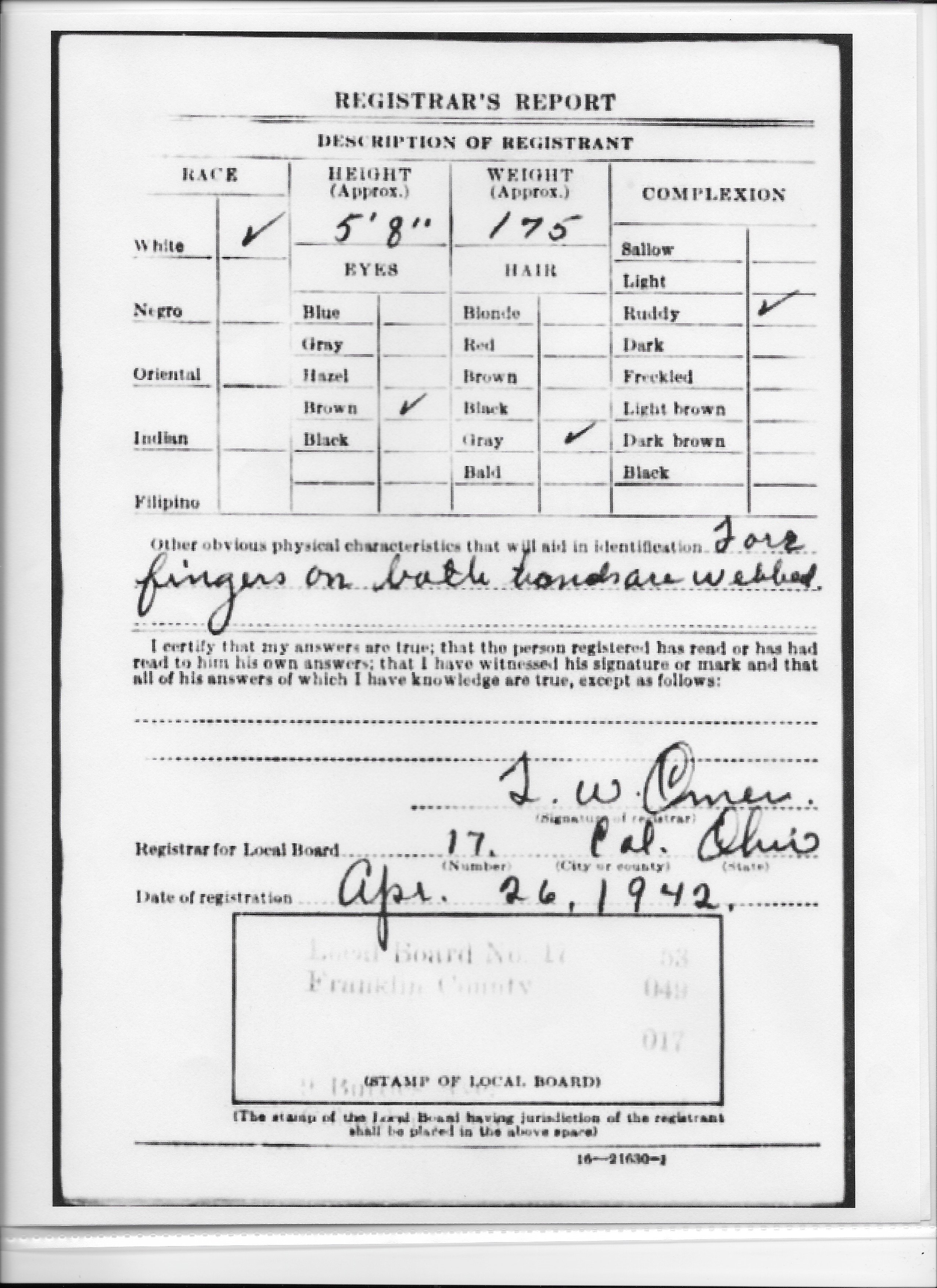 Imagine our astonishment and glee when they wrote, ‘Four fingers on both hands are webbed.’ I would never have found the information had it not been for my research through and membership in MyHeritage.com.

They learned that this trait, which the family is known for, has been passed down for at least four generations, if not more! They have no way of knowing how many ancestors also had webbed fingers, and passed it down.

The technical term for webbed fingers (or toes) is syndactyly. About 10 to 40 percent of syndactyly cases are caused by an inherited trait. Webbed fingers and toes can occur as part of an underlying condition. In other cases, they happen on their own for no apparent reason. When it occurs alone, it is always inherited as an autosomal-dominant disorder.

Mary has made other fascinating discoveries while researching her family history. She discovered that her seventh generation grandfather on her mother’s side, William Carson, Jr., fought in the Revolutionary War. In 1818, he applied to the government, under the Revolutionary Claim Act, for back pension, which was $8 per month for non-officers. In April 1818, he received $227.69 for back pension and $8 a month until his death in 1823.

My mother would have loved to have known about this!

Through MyHeritage, Mary also connected with long-lost relatives who live in Utah, descendants of her great-great-uncle, George Sommerville, Jr., who also immigrated on The Cultivator. They have done extensive family research, and they were pleased to make the connection and to stay in touch.

Another of Mary’s favorite experiences in researching her family history has been reading newspapers from the late 1800s through the mid-1900s.

The everyday, mundane information that can be learned about life then is extraordinary and often hilarious. And often too, the grim truth. The great grandfather who came to the US on The Cultivator turned out to be not so great a guy. I’ve enclosed an article detailing my great-grandmother’s divorce from him in 1905. On the flip side, that great-grandmother went on to marry again, only to divorce again. She was a strong woman who raised five upstanding children at a time when divorce was taboo.

Mary’s advice for anyone beginning their family research is to expect to become hooked and to spend more time than intended in research!

I would focus on one branch of the family first, and avoid adding multitudes of cousins in distant lines, unless needed for identity verification. And, most importantly, beware of all the misinformation out there! Check, double-check, and cross-check if possible where there is doubt!

Mary was fortunate to strike gold with some of her research using MyHeritage. When we’re lucky enough to receive descriptions of our ancestor’s physical appearance, it can help us picture them in our mind, and relate to them as human beings — even more so when we uncover traits that we share.