Today we highlight the family history of legendary singer Céline Dion. What many people don’t remember is that Céline reached international fame when she represented Switzerland, and won the 1988 Eurovision Song Contest. We celebrate her Eurovision legacy on the occasion of her 51st birthday on March 30! Céline was born into a large musical family in Charlemagne, Quebec, on the outskirts of Montreal. She is the youngest of 14 siblings born to Thérèse, a homemaker, and Adhémar Dion, a butcher, both of French-Canadian descent.

Céline’s family comes from a strong French-Canadian line. Her eighth great-grandfather, Jean Guyon du Buisson (1592–1663), was born in Saint-Aubin parish in Tourouvre township in the Orne area of northwest France in 1592. Guyon was the patriarch of one of the earliest French families to settle in Nouvelle, France (the name the French gave the regions in North America they colonized between 1534 and 1763). It was considered a respected and well-known family. Guyon made his living as a mason and was regarded as a “master mason of excellent reputation.” In 1615, he finished the interior stone staircase of the Saint-Aubin church.

Céline is also among several well-known individuals who can also trace their family lineage back to Zacharie Cloutier, a French carpenter who made his way over to “New France” in 1634. He is Céline’s ninth great-grandfather. 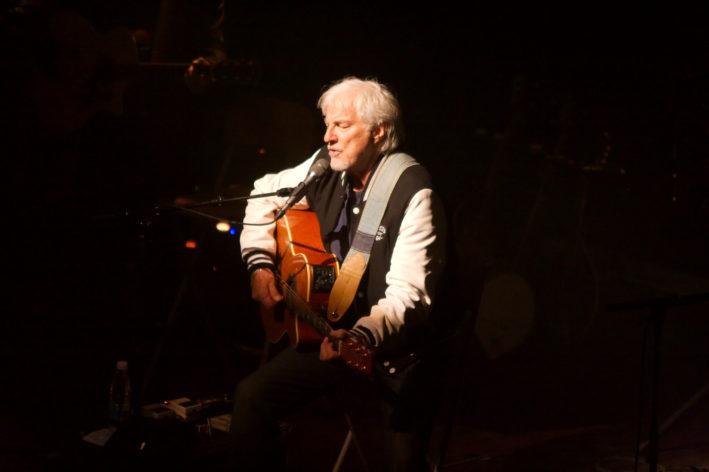 The close-knit Dion family toured Canada as “Dion’s Family,” when Céline was still a baby. They later opened a small piano bar called Le Vieux Baril (The Old Barrel). Céline’s parents and siblings performed there and Céline herself debuted there at age 5. The young Céline made her first public appearance at her brother Michel’s wedding in 1973, performing “Du fil des aiguilles et du coton” by Christine Charbonneau. A few years later, when she was just 12, Céline signed her first recording contract, collaborating with her mother and brother Jacques on her first song, “Ce n’était qu’un rêve” (It Was Only a Dream). Céline singing with her mother on her 91st birthday in March 2018 [Credit: Instagram/ Céline]

Her brother Michel sent the recording to music manager René Angélil after discovering him on the back of a Ginette Reno album. Angélil is said to have been moved to tears by Céline’s voice and immediately recognized her potential for stardom. He mortgaged his own home when he ran into difficulty finding funding for her first record. The record, “La voix du Bon Dieu,” became a number one hit locally and made her an instant star in Quebec.

As Céline’s fame grew, she was invited to perform for Pope John Paul II and 65,000 others at Montreal Olympic Stadium. She was 16 and sang “Une colombe,” a hit song from an album she had recently released.

Not long after, Céline represented Switzerland in the 1988 Eurovision Song Contest in Dublin, Ireland with “Ne partez pas sans moi.” In one of the most thrilling finals competitions in the history of Eurovision, Céline won for Switzerland, their second win ever, by a very close margin.

Céline began a relationship with René, her long-time manager, and they were engaged in 1991. Their wedding took place on December 17, 1994, at Notre-Dame Basilica in Montreal, Quebec. It was broadcast live, and viewers were invited to participate in the huge celebration. The pair went on to have three sons. René-Charles, now 18, was born in 2001. Céline gave birth to fraternal twin boys, Nelson and Eddy, in October 2010.

Sadly, in January 2016, René, Céline’s husband of over 20 years, died at 73 after a long battle with cancer. Céline continues to perform. In June, she will wrap up over 1,000 concerts in eight years in Las Vegas where she is a singer-in-residence at Caesar’s Palace.

René-Charles, Céline’s oldest son, is now a budding musician. He recorded two rap songs in a home studio, released on Soundcloud under the name Big Tip. The songs made number one and number two on the Canadian Soundcloud charts. It was only after the songs found success that he told his mom about them. So the musical genes and love of performing she received from her own musical family are now being carried on by the next generation.

As we head into another Eurovision season and wonder what future superstar might await, remember that Céline’s status as an international sensation began 30 years ago on the Eurovision stage. That’s something to celebrate, Happy 51st Birthday, Céline!