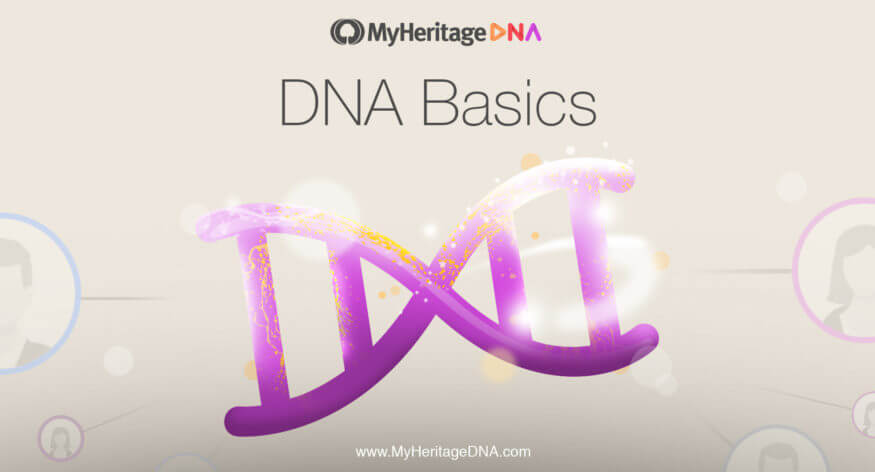 When you take a MyHeritage DNA test or upload your DNA to MyHeritage you’ll get both an ethnicity estimate and a list of DNA Matches. These are people who are likely to be relatives (close or distant) because there are significant similarities between their DNA and yours. For every DNA Match, you’ll be able to see the estimated relationship between you and the other person, based on the quantity and characteristics of the DNA that you share with that person.

If your match has a family tree, you’ll also be able to view it and have more insight into how the two of you are related. It is recommended that you contact your top DNA Matches to exchange information about how you may be related.

Two anonymous DNA samples with 50% of their sequences in common, might be brother and sister, or child and parent. So the first thing DNA can tell you about your known relatives is whether you are indeed related the way you think! Similarly, comparing DNA with previously unknown relatives, but discovering you share significant common segments, implies that you are related. Using various genealogical tools can help you use this genetic springboard to trace how exactly you are related to your DNA Matches.

How can DNA testing tell me all this?

Human DNA is a long sequence of about 3 billion base pairs. However, 99.9% of the sequence is identical in all people. DNA tests like the MyHeritage DNA test analyze about 700,000 variable locations in the DNA sequence called SNPs. By comparing this sample of a person’s DNA sequence to reference sequences which have been read in their entirety, nearly 33 million base pairs can be inferred (or in scientific language, imputed). This sequence can now be compared to everyone else’s sequences in the DNA database to find people with significant sections in common: These are your DNA matches. The assumption is that if two people share a significant amount of DNA, that it was not by chance (though it might be) but that the common DNA was inherited from a shared ancestor who passed it down to both individuals. While close relatives share more DNA, more distant relatives share less DNA. Two distant cousins who have never met but have a common ancestor will likely have a small piece of DNA inherited from that ancestor in common. That’s the basis for using DNA tests to discover relatives you otherwise wouldn’t know about.

Exactly how small a short sequence of common DNA is, depends in large part on how many generations ago the common ancestor was, and of course chance since two people may have a common ancestor but that ancestor may not have passed down any DNA to one of them. That’s because less and less of that ancestor’s DNA is inherited by each subsequent generation. At some point, it becomes quite feasible to inherit the half of your mother’s DNA that does not include the small piece she had inherited from a particular distant ancestor. That doesn’t mean you and a distant cousin on your mother’s side don’t share that common ancestor — you do! But you won’t necessarily be DNA matches.

Our Cyber Monday Sale is going on now! Get your MyHeritage DNA test today to discover new relatives you’ve never met before!