Long-Lost Sisters: A dream come true for a MyHeritage employee 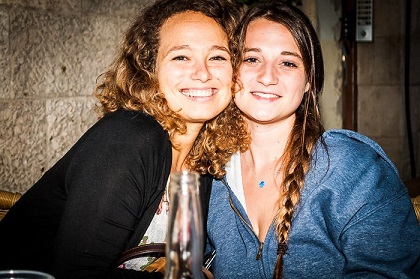 When Linoy Maidvanikov Simon began working at MyHeritage 18 months ago, she never dreamed that her life would change forever.

Within days of using MyHeritage, Linoy discovered a previously unknown sister. Watch the emotional reunion of Linoy and her sister Kamilla in this video (in Hebrew with English subtitles) as they meet in person for the first time.

The family lived in Hong Kong until 1997, when the UK transferred sovereignty to China, and they then moved to New York. Linoy and her father stayed in touch until she was 6. Over the years, they lost touch with each other, and she had no idea where he was. Linoy moved to Israel in 2009. In 2010, while at the eye doctor, Linoy randomly bumped into a family member she had never met before.

I was sitting in the waiting room when I saw that the nurse calling my name had tears in her eyes. “Linoy Maidanikov? You are Gregory’s daughter! We are family,” she started to cry. She explained that she was my father’s cousin, and had lost contact with him after he emigrated from Moldova. “Where is your father?” she asked me. But I had absolutely no clue. At that moment something changed, that meeting led me to search for him, but I didn’t know how.

Linoy joined the MyHeritage phone support team in early 2015. It was a special time in her life as she was preparing for her upcoming marriage to her fiance, Josh.

During my interview, I was asked why I should get the job. I explained that what MyHeritage does, filling gaps in people’s history, is very close to my heart. I have a lot of gaps in my own family history, and then I said, half-jokingly, “Who knows, maybe I’ll even find my father.” What we spoke about actually came to life!

During her two-week training, she was encouraged to create her own MyHeritage account, and to practice with it, to better learn the products. Linoy created a family tree and proceeded to search for relatives in SuperSearch. She entered her name and, within seconds, received a long list of people to whom she might be related, including her biological father, for whom she had searched many years!

After 21 years I found my lost father. I couldn’t believe this was really happening.

Although Linoy had searched Facebook and other websites many times over the years to find her father, she was never able to locate him — until now. Her surname in Hebrew is transliterated differently in English than her father and sister spell it.  She spells it Maidanikov while her sister spells it Maydannikova, a three-letter difference.

The phonetic capabilities of MyHeritage SuperSearch enabled Linoy to find them. When she typed her surname into SuperSearch, our algorithms automatically found her results for people with the same-sounding names with various spellings.

Linoy discovered an entire branch of her family from her father, as well as sisters that she never knew existed. Armed with more information, she turned to Facebook to get in touch with her sister, Kamilla. She sent messages to a few Kamilla Maydannikovas until she found the right one. They couldn’t believe their luck, having finally found one another after so many years of searching.

There are no words to describe how I felt when my sister first wrote to me; it was an explosion of excitement. I was laughing and crying.

Linoy reconnected with her father and sister. They frequently spoke on the phone, making up for lost time. They made plans to meet in person; Kamilla would fly to Israel to celebrate with Linoy and Josh at their upcoming wedding. Having Kamilla at my wedding was so remarkable. I feel like I’m still dreaming, it almost doesn’t seem real.

To add to the excitement, Linoy’s discoveries just keep on flowing.

On the night her story aired on TV, her uncle’s daughter happened to see it, and she contacted Linoy on Facebook. Linoy has since uncovered another new branch of her family tree.

The same night, her biological mother’s best friend – with whom she had worked many years ago – also contacted her after seeing the segment; they are planning to meet soon.

Linoy speaks on the phone almost every day with her father and sister. She intends to travel to Canada sometime next year for a family reunion with her extended family, including her father, whom she hasn’t seen since childhood.

All of the cousins are now connected, and we’re all excited about being in touch. It’s really new for all of us. My sister met with cousins for the first time this week. Our whole family is now in touch thanks to MyHeritage.

For Linoy, her discovery was truly a dream come true. Her story proves what a big difference our technologies make in peoples’ lives. Do you have a story of your own to share? Let us know in the comments below. 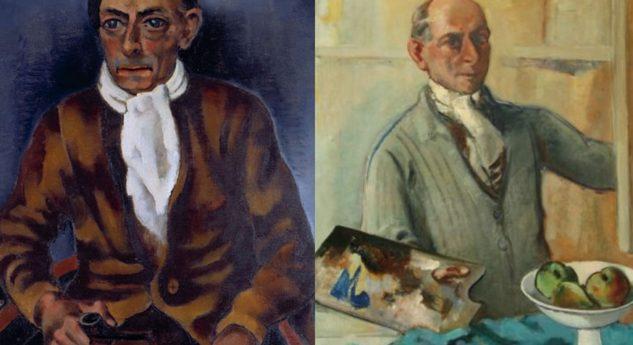