How Do You Preserve Your Family Memories? It isn’t a secret, or even something new. It’s something you’ve probably heard before, but just never followed. There is a little-known trick that can make all the difference in preventing your family memories from being lost forever.

Family history feeds on family memories, but if we don’t make sure that those memories are properly recorded – with as much data as possible (including sources) – then the memories may “change” over time and eventually fade away.

Oral transmission of family history is an excellent way to pass on memories. Stories passed from generation to generation, from parents to children are a wonderful legacy, but what if those stories had been documented from the beginning? Perhaps the heroes in our family stories would be seen as less virtuous, or maybe the wicked would be excused for evil actions once their true motives were revealed. Either way, we would probably have a much clearer vision of the way things really happened in our family’s past, and a greater idea of the emotions involved.

When looking at legends and fables, facts are often blended with fiction. But when we talk about our own family stories, that happen in our own lives, it is easy for us to add details to support the story, and keep it accurate for future generations. Every detail matters, including places, dates, and characters that support those memories.

Earlier this year, we suggested creating a Memory Jar to store family memories. It can be filled with short messages, everyday moments, photos or just about anything you want to preserve at the exact moment that you think of it. 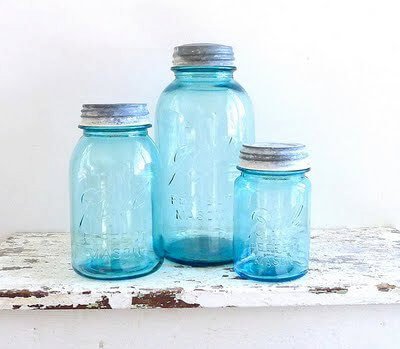 The image above is another example of preserving a special family memory. The dress was worn by three sisters in the 1950s when each was about nine months old. Many years later, the family decided to put the dress into a shadow box, along with photos of the girls wearing it. The dress had much sentimental value and, rather than ending up stained and in the trash, the family found a way to preserve it for the future.

Following the death of a loved one, many family history lovers suggest using a Memory Jar to collect memories that everyone has shared with the person who has died. A simple and discreet jar can be placed in a corner of the funeral location, at the wake, or any family gathering surrounding the loss. At these times, we often remember the memories we had with the person no longer with us. The funny stories, things they said, and attributes have often created a lasting impression. In addition, taking a few moments to write how we feel about a friend or relative who is gone forever can be comforting.

After collecting written feelings by loved ones, create a display of those written memories as well as items with sentimental value to create a small celebration of the person’s life. Over time, it will become a cherished treasure for all.

Grandmother and some things that she loved (Credit: trapaniartandframe.wordpress.com)

We’d love to hear your ideas for collecting and preserving family memories! Share them with us below.