We received many photo captions for last week’s Family History Month competition. Thank you to everyone that entered.

Congratulations to Christalina Jager, winner of a Premium Family Site Subscription for her family site.

We loved your photo caption; “believing that the exhaust from those new things called cars would kill them, the ladies invented a new mask that wouldn’t mess up their makeup”.

According to the Netherlands Nationaal Archief’s bibliographic record, the photo shows women in Montreal, Canada in 1939, wearing plastic face protection from snowstorms. Which of your ancestors would you like to meet and why? 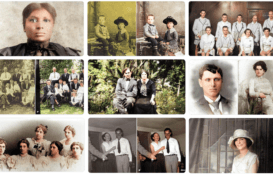 5 days ago we released an amazing feature, MyHeritage In Color™, which automatically colorizes black and white photos with breathtaking results. We are indebted to Jason Antic and Dana Kelley of DeOldify for developing the wonderful colorization technology upon which this feature is based... On December 10, Finland’s Sanna Marin became the world’s youngest serving prime minister. She is only 34 years old. Sanna’s political career began in 2012 when she was elected to the City Council of Tempere at the age of 27. She was elected to... We just visited the set of television personality Dr. Phil to share with him unknown information about his family’s past. Dr. Phil was amazed and fascinated with what we were able to uncover about his family history, including never-before-seen photos and records.  Dr. Phil... 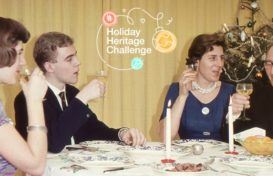 The holidays are a time to gather with family, tell stories, reminisce, and remember. This spirit of sharing makes it an opportune time to talk about your family’s ethnic origins and how relatives are connected. You may wish to start creating your family tree... The holiday season is a busy time for postal services all over the world: people everywhere ordering and sending cards and gifts. Here at MyHeritage our Early Bird Holiday MyHeritage DNA sale is in full swing, and we’re offering free shipping on 2+ kids…...