1932: A most famous photograph As part of our Treasure Family Photos initiative, to preserve old family photos and to encourage people to learn more about their family history from them, we’ve seen some beautiful family photos and learnt about their history. There are also many other famous photos with a great history behind them. One of the world’s most iconic photos is of a group of men sitting on a 69th floor construction beam high above Manhattan. This iconic 1932 photo of construction workers having lunch on the 69th floor of the Rockefeller Center is the subject of MEN AT LUNCH, a film by Sean O Cualain.

MyHeritage was delighted to be able to interview (via email) Seán Ó Cualáin – director of the documentary Men at Lunch – on his project.

Sean, when and how did you first see the photo?

My brother (Eamonn – the documentary’s producer) and I were researching another documentary in 2009 when we went into Whelan’s pub in Galway, Ireland on our lunch break. We saw the famous photo on the wall and a note from Pat Glynn, the son of a local emigrant who claimed his father and uncle-in-law were on the beam.

By the time we had left the pub, owner Michael Whelan had given us Pat’s number, so it was simply a chance discovery. Within a few days, we had spoken to Pat and his cousin Patrick O’Shaughnessy, who both claimed that their fathers are two of the men having lunch.

We had originally intended for the film to investigate the claim of the O’Shaughnessy and Glynn families, but we found out that no records of the construction survived, that no information on the men, or the photographer existed. 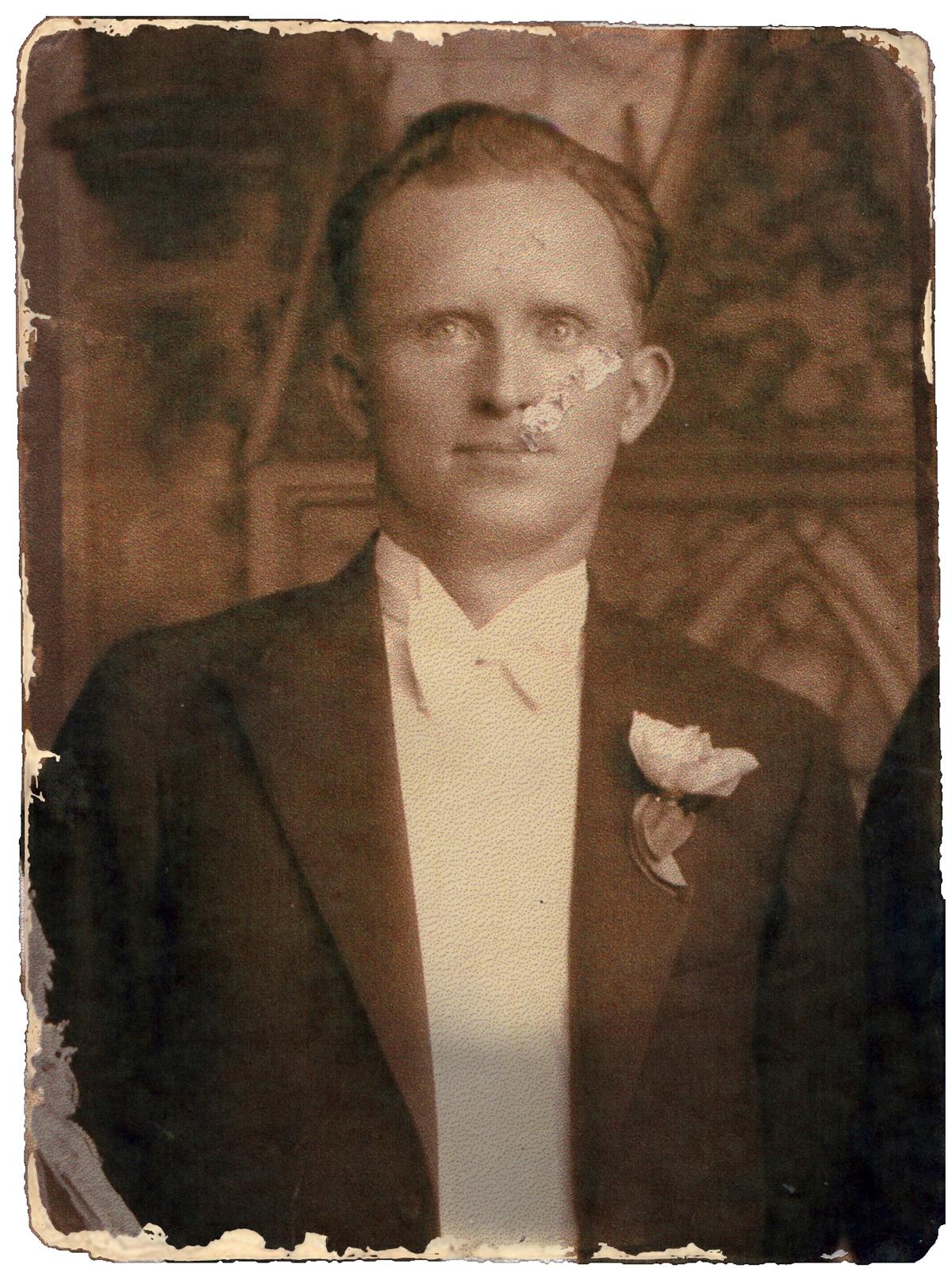 Sonny Glynn, an Irish construction worker photographed in "Lunch atop a Skyscraper" as seen in MEN AT LUNCH, a film by Sean O Cualain. A First Run Features release

How did you track down the photographer?

Before our documentary was screened the photograph was attributed to Charles Ebbets, the Rockefeller Center’s Photographic Director during its construction.

In the course of our research, during the documentary, we uncovered other images of other photographers taking photographs on the beams on the exact same day the famous “Lunch atop a skyscraper” was taken.

We do not have a picture of the photographer Charles Ebbets, to whom that picture was attributed from that day, but that doesn’t mean he didn’t take the picture.

However, after the screening of our film, the authorship of the photograph was changed to “unknown.”

Unfortunately, the entire story of what happened on the 69th floor of the Rockefeller Building on that balmy September day in 1932 may never be known.

Where and how did you find the glass negative?

Ever since the photograph first appeared in the Sunday Supplement of the New York Herald Tribune on October 2, 1932, many assumed it was a fake.

Unfortunately this doubt about its authenticity has always taken from the true brilliance of the image.

Quite early in our research, we contacted Ken Johnston from the Historical Collection in Corbis about the image’s authenticity as Corbis licenses the image to users.

Some 360 miles west of New York City, in rural Pennsylvania is Iron Mountain – one of the most secure locations on earth and home to the Corbis Collection. Here lay a certain glass negative that Corbis had always assumed – but never actually confirmed – to be the authentic master exposure of Lunch Atop A Skyscraper.

During the filming of our documentary, Ken Johnston confirms that the glass negative is the master- ending over 80 years of claims that the image is a trick photograph.

Is it true that the photo was a PR stunt for the new building?

Yes, the photo was a PR stunt, the famous image comes from a collection of images taken during construction of the Rockefeller Building.

It is a staged photograph – the photographer assembled the men on the beam, he was trying to get a great shot to create publicity for the center and to eventually sell office space.

Remember that this was during the darkest depths of the Depression, so it had to be an image to capture the public’s imagination, and also perhaps hint that the worst of the depression was over.

During our research, we also uncovered a never-before-seen image of the same 11 men directly acknowledging the camera.

This image suggests that the timing of New York’s most celebrated image was no accident. It was a set-up shot, but that doesn’t detract from the power of the image or from the authenticity of the image. The men in the picture are construction workers who went to the 69th floor that day to work – not to sit for a photographer.

Skyscraper construction was a very, very dangerous. Looking at the photograph, we see that none of the men are wearing safety harnesses. In the planning of these skyscrapers like the Empire State, developers factored in one dead worker for every 10 floors.

Can you comment on the relationship between history and the photographs that record it as history happens?

A photograph can only capture a moment in time, but sometimes that captured moment can come to represent a bigger event, be it a war, a tragedy, a moment of triumph or despair.

Because we know it’s in the middle of the Depression, because of the apparent height and the casual appearance of the men, the image has been elevated into a inspirational piece of art, where we identify with the ordinariness of the men and their apparent struggle to create a better life for themselves.

On the other hand, the photo also however reveals the limits of still photography. While it does reveal much for us, we know nothing of the 11 unknown subjects beyond the expressions on their faces.

We realised the film’s story had to change. It was now to become the untold story of the most famous image in the world, the mystery of the 11 men on the beam and the great immigrant struggle.

For more information on the story behind the photo, go to the documentary website. The documentary will begin its U.S. release on September 20, 2013. For screening times and venues click here.