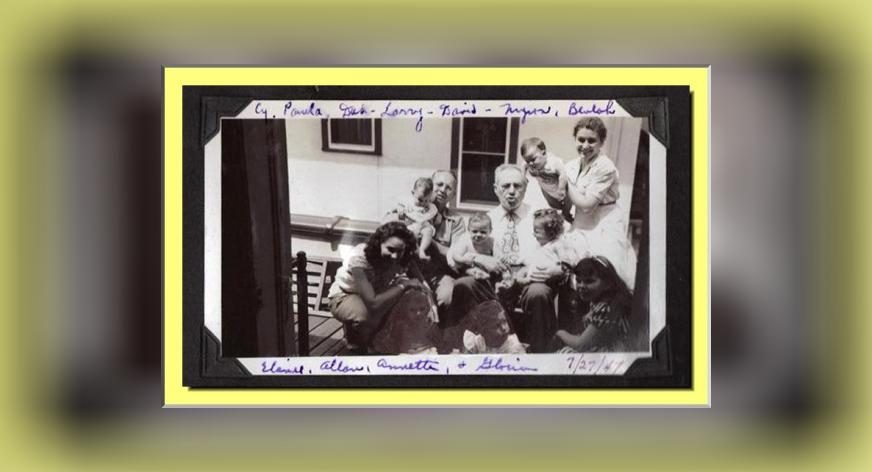 David Greenberg has been researching his family history for nearly 40 years, all this time believing that a large part of his family had perished during the Holocaust. So you can imagine how David was ‘‘flat out speechless’’ to discover otherwise, thanks to a Smart Match on MyHeritage.com. This is a tale of how fate divided a family, and how MyHeritage helped reunite it. 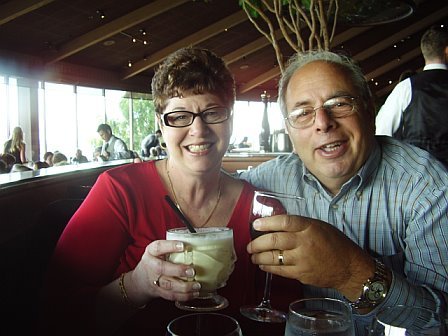 David today, with his wife Nadine (click to enlarge)

If there’s one common gene in David Greenberg’s family, it’s courage. Whether it’s his cousin serving in Afghanistan or his activist niece aiding peace in Bosnia, his family, many of whom are doctors, social workers and teachers – have a lot of guts and a desire to do good work. It’s hardly surprising then to discover that his great aunt, Rebecca Relkin, was a pioneering engineer in Lithuania – responsible for building some of the major bridges that stand today on the Niemen River in Lithuania. This was undoubtedly a remarkable achievement for a female in the early 20th century. Rebecca was one of 18 children, so it’s clear that David Greenberg’s great grandparents were rather resilient as well! 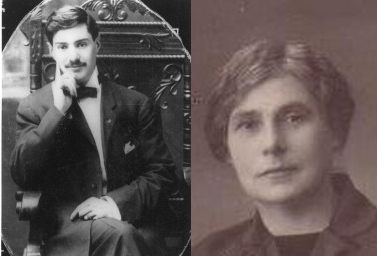 After immigrating to the USA in 1902 to follow in the footsteps of other siblings who braved the crossing, Isaac Relkin (David’s grandfather and Rebecca’s brother), then aged 24, left behind much of his family in Kovno (Kaunus), Lithuania, and began a new life as a milliner in Brooklyn. Isaac (affectionately known as “Ike”), though born in Kovno traced his roots to Kedanaiai Lithuania. Kedanaiai was a major center for making women’s hats and that is presumably where various members of the family inherited the art.

Ike believed that his remaining family in Lithuania, including Rebecca Relkin’s offspring, had tragically perished during the Holocaust. With the sealing of the Iron Curtain during Soviet rule and domination, communication with the west was obviously almost impossible. With no news from behind the curtain, David’s family thought all was lost.

Around 70 years later, his grandson, David Greenberg was contacted by another MyHeritage member who was trying to assist a fellow in Europe who claimed to be a relative of David. Seeking to cement any connection, correspondence began with a man named Grigori Yafet, the fellow who claimed the family relationship as a consequence of the ‘Smart Match’. The match had indicated that they were related – sharing the same great-grandfather, Hirsh Relkin. Grigori’s grandmother’s name was Rebecca Relkin, a sister to Isaac. Interestingly, all direct correspondence between David and Grigori had to be accomplished by utilizing Google Translations since Grigori only understands Russian. Though difficult, the communications went on.

David, in the absence of reliable documentation, was preparing to order DNA tests to authenticate the match, still not entirely convinced they were related. After all – this would refute all they believed about the fate of their Lithuanian relatives. However, in the meantime Grigori had located an old photograph of his great grandmother, Sarah Relkin, and sent it across to David.

The lady in the picture matched photos of David’s own great grandmother, proving that they were indeed second cousins. 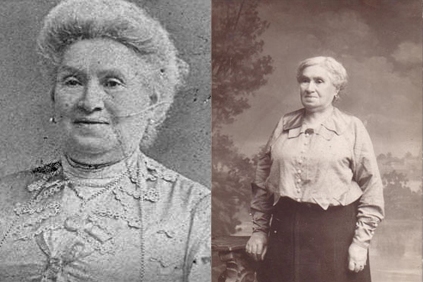 This momentous discovery has been a wonderful revelation for both sides of the family. It bought tears of joy to David’s aunt Rita Relkin Rayman, now age 96, to learn that her cousin was alive and well after all these years. With an additional 30 cousins in their family tree, the Greenbergs are looking forward to getting to know their long-lost family.

A reunion between Grigori’s grandson, David’s son, David’s sister Annette and her family is on the agenda for March 2011. Grigori’s Grandson will visit Los Angeles and San Francisco for these reunions. 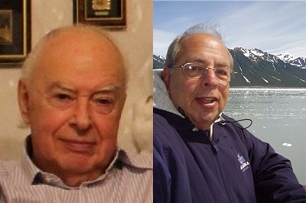 David, the author of the children’s tale ‘The Ugly Brown Pear’, has made a pledge to link one generation to the next. He finds MyHeritage.com “more than just a fabulous program, it’s a means for completely dispersed families to come together’’. Up until now he’s done a great job of doing that. He relishes family events and describes them “as a complete riot”. At a recent family event the descendants of Isaac Relkin gathered to celebrate the 100th wedding anniversary of Ike and Anna Relkin.

Wearing his grandfather’s ring, he modestly describes himself as an amateur genealogist – with 700 odd people in his family tree. But it’s the true family man within that shines through: “the great thing about a family tree is that it brings people together – it’s not just about filling boxes for the past, but for the sake of the present and our posterity”. 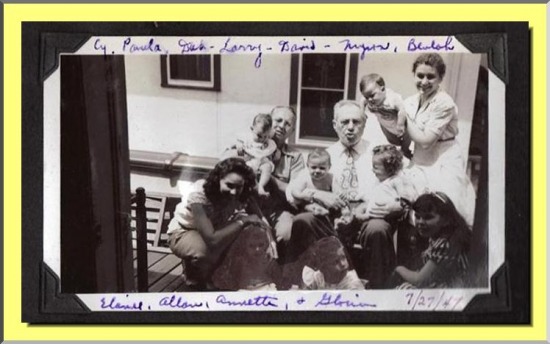 David Greenberg, 1947, as a baby (with curly hair) held by his grandfather, Isaac R. Relkin (click to enlarge)

We thank David for sharing his inspirational story with us. We’re proud to be a part of it.