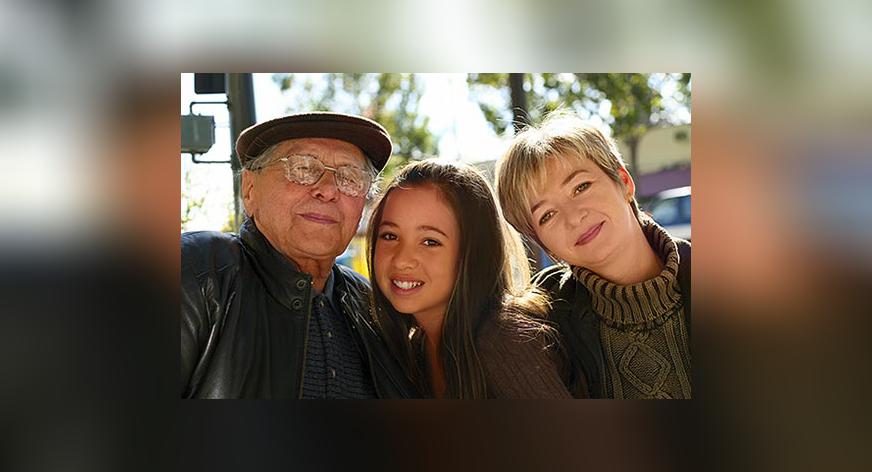 We often talk in terms of generations. The next generation, my parents’ generation, “talkin’ bout my generation”, and so on. But are there really significant and identifiable differences between us and those born at different times? Does the fact that someone was born just a couple of decades apart from you make them a different sort of person?

We know that different generations were raised under different circumstances. They grew up using different types of technology, watching different television shows, and against the backdrop of different political and social events in the world.


You’d expect, then, for successive generations to have varying memories and cultural reference points, to have different manners and to speak in a slightly different way.

Some researchers think it goes much further than this, however. Researchers William Strauss and Neil Howe famously claimed that generations fall into four identifiable ‘types’. These generation types recur over time, in a cyclical fashion, such that the broad attitudes and mores of one generation are often echoed several decades later. These generations are not identical, according to this theory. But they do rhyme.

Strauss and Howe catalogued generations in the West going back to the 15th Century. They claim that the cycle always repeats itself, and that the four generational ‘types’ are as follows.

1. ‘Artist’ generations. The first category, ‘Artist’ generations, are born during a crisis period and come of age during a ‘High’, where society is prosperous and confident. The last such group were the Silent Generation (born from the mid-20s to the early-40s), who were known for their trust, conformity, and caution. They tended to start families early, seek stable jobs, and accept things the way they were.

2. ‘Prophet’ generations. This second category are born just after a crisis period, and are raised in a time of peace and prosperity. Typically they tend to tire of social discipline and take good times as a given, so they try to challenge the existing way of things and create a new vision or set of values for themselves. They are more idealistic than their parents, and they challenge tradition. The religious intellectuals of the Reformation period were supposedly part of a ‘prophet’ generation, as were the Enlightenment thinkers a century later. The most recent example were the baby boomers, who pioneered the social changes and the ‘Consciousness Revolution’ of the 1960s.

3. ‘Nomad’ generations. The third group are born during an ‘Awakening’ – when adults are challenging existing society, as in the 1960s – and come of age during what Strauss and Howe call a social ‘Unraveling’. This is a period of increasing distrust, scepticism, and hedonism – where people lose their values and just want to enjoy themselves. ‘Nomads’ tend to be risk-taking, individualistic, and alienated as they grow up, although they are shrewd and realistic. The last such generation in the West was ‘Generation X’.

4. ‘Hero’ generations. The final group are born during an ‘Unraveling’ period, and as youngsters live in an environment of self-reliance, pragmatism, and laissez-faire. They come of age during a crisis period, and aim to try and fix the mistakes of their forebears by focusing on building institutions, and fostering economic prosperity and technological progress. They are rational, confident, and optimistic. This last such group was the ‘Greatest Generation’, who came of age during the Second World War; according to Strauss and Howe’s theory, these characteristics will also apply to the generation entering adulthood now.

Why should things work this way? According to the authors of this theory, each generation type spawns the next. They give birth to their opposites, who aim to do things differently to their parents and have a different, new set of values, which they use as they react to new circumstance.

Does the theory hold up? There is work that seems to show some noticeable differences, using these theories, across social values, philanthropy, and work ethics. The honest answer, however, has to be that nobody really knows. It’s very hard to test a general theory against social changes which evolve over centuries.

Whether cyclical or not, what does seem clear is that generations change over time. We’ve collected a video for each of the generational ‘archetypes’ over the past century, which contain videos, images, and ideas that will be familiar to each of these groups. Take a look and see where you feel at home, and think about where your ancestors would’ve fitted in as well.

The Lost Generation.
Born in the late 19th Century, this generation came of age during the First World War and the ‘Roaring Twenties’ that followed it.

The Greatest Generation
Also known as the ‘G.I. Generation’, this cohort were born in the first quarter of the 20th Century, came of age during the Great Depression, fought in the Second World War, and went on to found the global institutions that followed it.

The Silent Generation
This generation, born between 1925 and 1945, were in most cases too young to fight in the Second World War. They were mostly born during times of great turbulence, and sought a quiet, stable life in their adulthood. They got their name because they were, according to one critic, “withdrawn, cautious, unimaginative, indifferent, unadventurous and silent.”

The Baby Boomers
Perhaps the most notorious generation, the Baby Boomers were born in the optimism that followed World War II, when there was a spike in birth rates across the developed world. This generation grew up in affluence, but redefined and in some cases rejected traditional values. They are associated with rock and roll, the hippie movement, and counterculture. They believed they were different to all those who had come before them, and wanted to reshape society with their new, more liberal, ideas.

Generation X
This generation were born after the baby boom ended – in the 1960s and 70s – and are sometimes called the Baby Busters. They came of age in a time of greater uncertainty, and have often been characterized as a group without identity, who faced an uncertain and increasingly complex world. They were an increasingly individualistic and self-reliant generation, associated with the political times of Ronald Reagan and Margaret Thatcher. A survey in Britain defined them early on as a generation of teenagers who “sleep together before they are married, were not taught to believe in God as ‘much’, dislike the Queen, and don’t respect parents.”

Gen Y
Generation Y, also known as the Millennial Generation, were born in the late 80s and 90s and are coming of age right now. They are increasingly connected to each other through technology and communications, and have a streak of idealism – seeking careers that not only give them wealth, but fulfil their passions. Some have suggested that they reject counterculture and neoliberal economic values, and want to create a more fair society.

The Homeland Generation
This generation, also called Generation Z, comprise those born post-2000 and those being born right now. They are the first ‘digital natives’ – who’ve been using advanced technology since as long as they can remember. It’s too early to say what effect all of this will have.